80th anniversary of the National Astrophysical Observatory of Tonantzintla

Santa María Tonantzintla, Puebla, February 17th, 2022. This day we celebrate the 80th anniversary of the founding of the Tonantzintla National Astrophysical Observatory (OANTON), which marked the beginning of modern astrophysics in our country, produced important astronomical discoveries and It was the seed of other Mexican observatories and the National Institute of Astrophysics, Optics and Electronics (INAOE).

The OANTON celebrates eight decades of existence with its historical telescope, the Schmidt Camera, still working on the monitoring and study of near-Earth asteroids, and with a digitalization project of the almost 16,000 astrophotographic plates obtained with it. This will allow future generations to continue scientifically exploiting the legacy of the Observatory's astronomers. 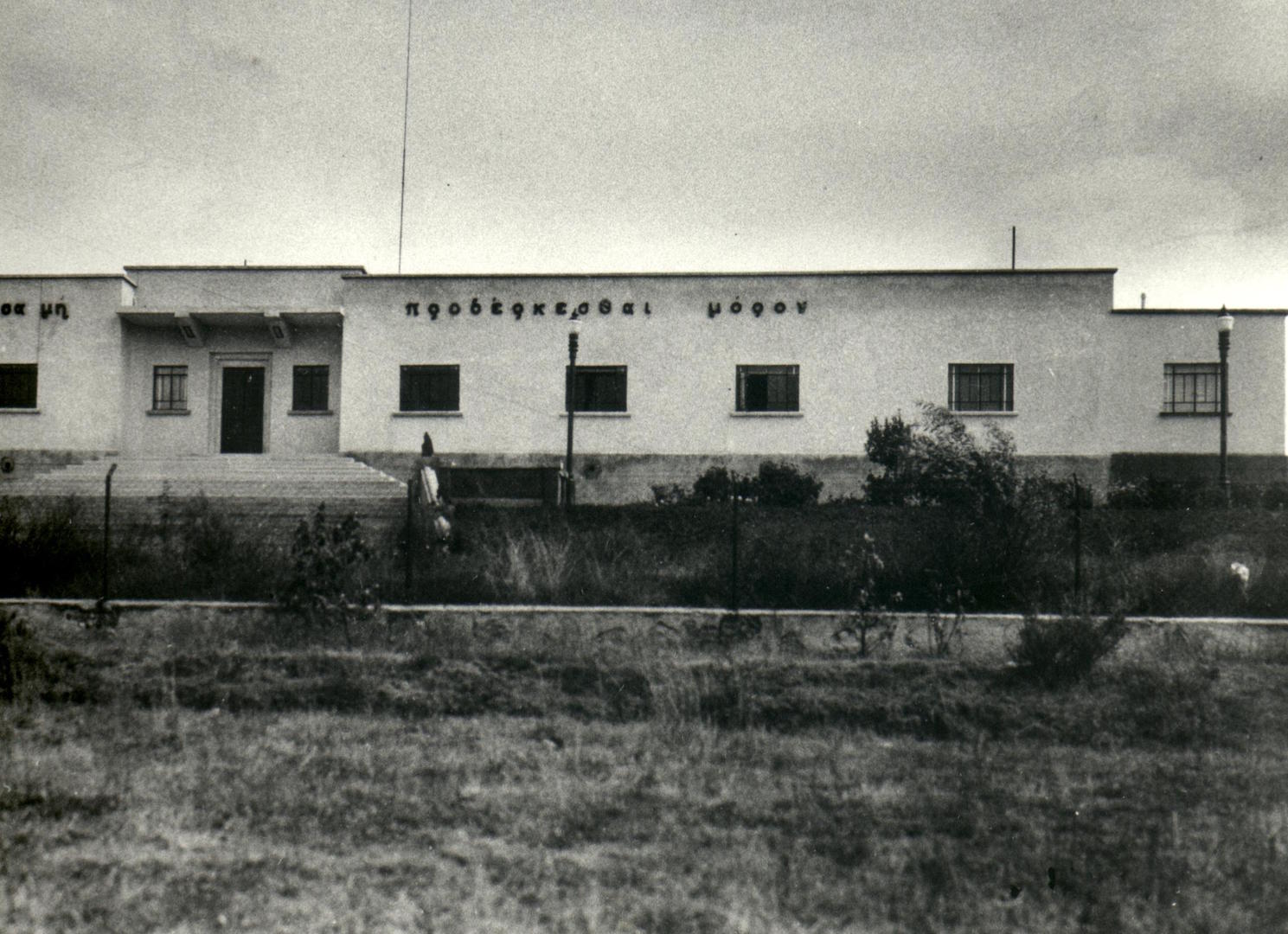 The OANTON was founded in 1942 by Luis Enrique Erro, a jurisprudent, politician and astronomer who was fond of observing variable stars. The OANTON was the first effort to decentralize science in Mexico.

The Observatory was equipped with a Schmidt Camera assembled in the workshops of Harvard University. Seduced by Erro's project, some of the most talented and enthusiastic young physicists, mathematicians, astronomers and technicians of that time converged in Tonantzintla: Guillermo Haro, Luis Rivera Terrazas, Carlos Graeff, Fernando Alba, Félix Recillas and Enrique Chavira, among others. . Of special relevance was the hiring of astronomer Paris Pishmish, a Harvard graduate, who was the first astronomy teacher in Mexico. 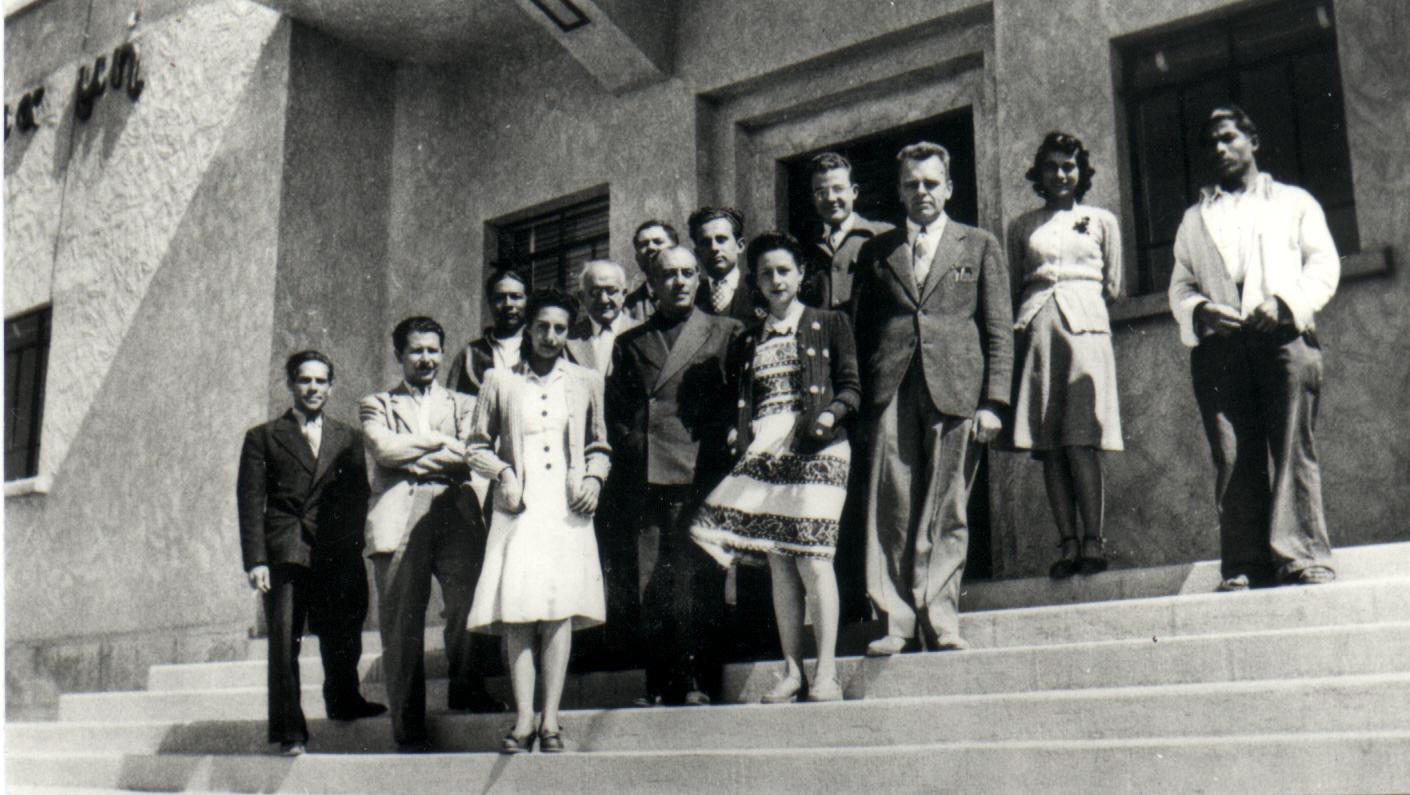 With the Schmidt Camera, vast regions of the sky were studied in depth and important discoveries of celestial objects were made. The name of Tonantzintla appeared in international catalogs and became an obligatory reference for specialists. Some of the discoveries made at the Observatory gained international recognition and placed Mexico in a prominent place in world astronomy.

For Dr. José Ramón Valdés, Coordinator of Astrophysics at INAOE, this anniversary is very important: “The Schmidt Chamber inaugurated the stage of modern Astrophysics in Mexico. It was the first telescope that allowed observations to be made from a very professional point of view, it was a type of instrument that at that time was being installed in many parts of the world to build stellar catalogs, and that at the same time allowed studying the physical properties of stars. astronomical objects. We have a telescope that is going to be 80 years old and that is still working, making professional observations. In particular, today he is particularly dedicated to making photometric observations of near-Earth asteroids."

The researcher reports that among the most important discoveries made at OANTON are the Herbig-Haro objects, observed by Guillermo Haro in Tonantzintla and by George Herbig in the United States. “They are nebulous objects that have to do with the early stages of star formation and with the interaction of the bipolar jet that young stars have with the environment around them. The HH1 and HH2, which were the first objects of this type discovered in history, were precisely observed with the Schmidt Camera”. 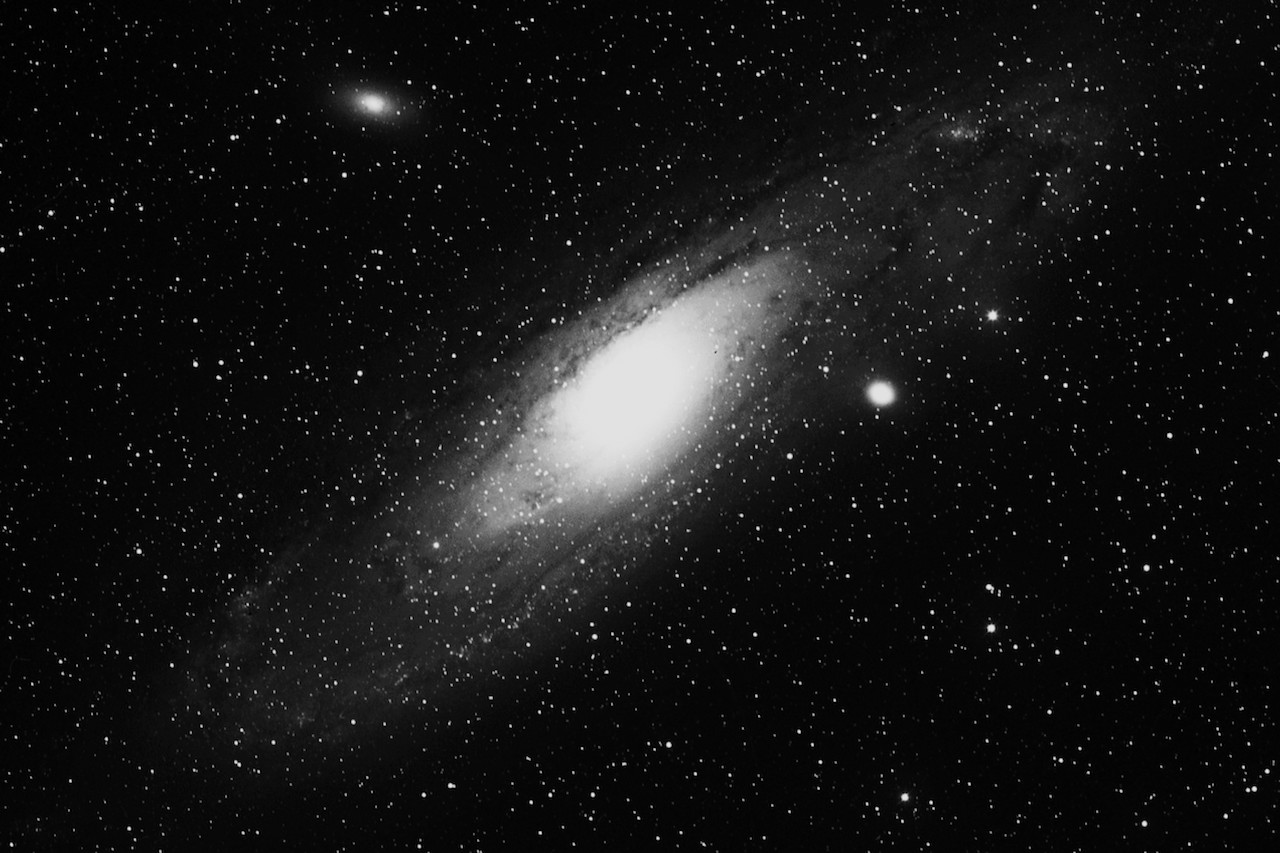 In Tonantzintla also “some blue stars were discovered near the galactic pole, when it was thought that this type of object was more common in the spiral arms. Active galaxies known precisely by the name of TON were also discovered, because they were observed at the Tonantzintla observatory. Also, by having very large fields of view, we had a very important source of studies of variable objects in the sky”.

Dr. Valdés stressed that today the Schmidt Camera has been given new life: “The Minor Planets group, and especially the Space Science and Technology postgraduate students, are using the Schmidt Camera very frequently to the observation of physical parameters of near-Earth asteroids, in the development of their thesis projects, then the Schmidt Camera continues to carry out professional research despite being a telescope that is going to be 80 years old”. 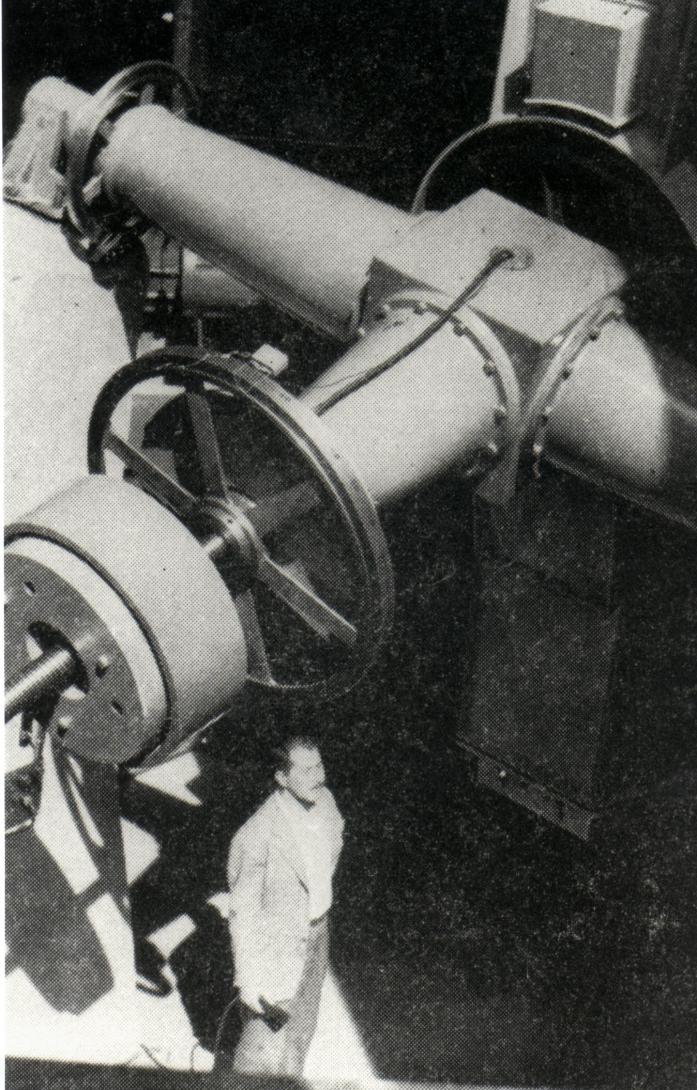 Dr. José Guichard Romero, a researcher at the INAOE Astrophysics Coordination, leads the digitalization project of the astrophotographic plates taken with the Schmidt between 1944 and 1994. The project, he comments, began more than 10 years ago, was developed software, suitable equipment and scanners were purchased. The digitization process is already underway, although it stopped with the pandemic, but the digitization is expected to be completed shortly.

Digitizing the collection will make it possible to carry out, among other things, variability studies or see how some stars have moved in the sky (astronomers call it proper motion), and of course the spectroscopic analysis of many plates, still of great astronomical interest. “The plates were made of glass, they were taken with a special emulsion and, like all photographic plates, they deteriorate over time despite the fact that we keep them in a controlled environment with the right temperature and humidity. So it is important to preserve them. Their digitization allows us to apply all modern image analysis techniques for the astronomical study of these plates”.

Once all the plates are digitized, they will be put at the service of the INAOE community first and then the national and international community. "You can still take advantage of many of the observations made by Guillermo Haro and his collaborators over practically 50 years." 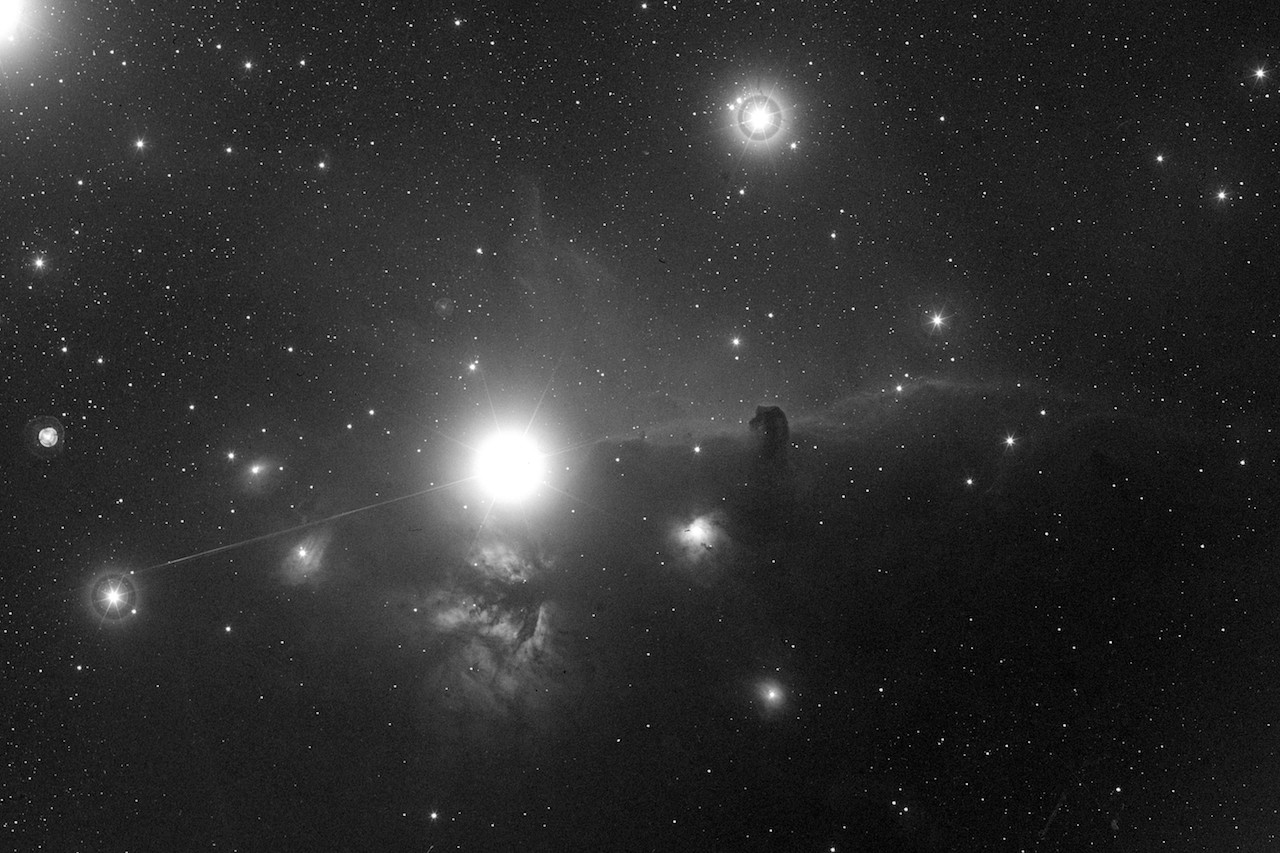 For Dr. Guichard Romero, this eightieth anniversary is a significant date: “OANTON was a turning point, the Observatory was the first institution created outside of Mexico City. In addition, thanks to the effort and drive of Erro and Haro, it became one of the most important centers of astronomy in the world at the time”.

In turn, Dr. Alberto Carramiñana Alonso, a researcher at the Astrophysics Coordination of the INAOE, commented that the time in which the OANTON was inaugurated was particular: “The function of the observatories in the nineteenth century was essentially to determine the local time at one geographical point, they were service observatories. With the development of ever more precise clocks, such as quartz and atomic clocks, this issue took a backseat. OANTON was founded to study the physics of stars and to learn how celestial objects work."

He considered that one of the peculiarities of the OANTON is that it was built near the equator, which meant a good opportunity to survey celestial objects in that region. Haro, he added, took the opportunity to study certain objects. “We must take into account that the astrophotographic plates were taken at a time when computers did not exist and when there were no detectors either, so the detection was done with the plate, which is susceptible to physical damage, its digitization is important for preserve them," he said.

In addition, he added, the sky is changing, "so the collection of plaques is a unique record for future studies and as a contribution of Mexico to universal knowledge."

To conclude, Dr. Carramiñana said that the history of the OANTON is a successful and fortunate story: “The OANTON is an observatory that was created 80 years ago and that lives a second light despite being in an urban area, and that led to in the INAOE, founded with the vision of creating new observatories and that has known how to take advantage of the conditions in Mexico for observational astronomy”.