Astronomical events of the month of March

This month we commemorate the anniversary of the birth of one of the most prominent men of Astrophysics in Mexico. It also gives us an event that is, without a doubt, the protagonist of the month: the spring equinox. Likewise, it brings us astronomical events such as an approach of planets and a meteor shower, and we will have within reach a spectacular galaxy and a couple of globular clusters. Without missing the Moon going through its different phases.

He was born in Mexico City on March 21st, 1913 and died on April 27th, 1988. In 1941 he collaborated in the founding of the Tonantzintla National Astrophysical Observatory and between 1943 and 1944 he conducted studies and research at the Harvard University Observatory. He was director of the Tonantzintla and Tacubaya Observatories; he promoted the creation of the Observatories of San Pedro Mártir, in Baja California, and Cananea, in Sonora, the latter named in his honor. His main discoveries are planetary nebulae, T Tauri stars, blue stars, quasars, a comet (named Haro-Chavira), a supernova, burst stars and of course the famous Herbig-Haro (HH) objects. Guillermo Haro received various distinctions, most notably the Lomonosov medal, which has sometimes been compared to the Nobel Prize. 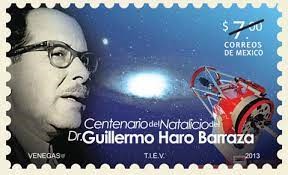 The word equinox comes from Latin and means "equal night". The Equinox is an astronomical ephemeris in which the light of the Sun falls directly on the Equator and the duration of the day and night is practically the same in all places on Earth. This equinox, which occurs between March 19 and 21 each year, is called the spring equinox in the northern hemisphere and the autumnal equinox in the southern hemisphere. In Mexico, this year spring begins on March 20 at 15:33 UT (March 20 at 09:33 Central Mexico time). 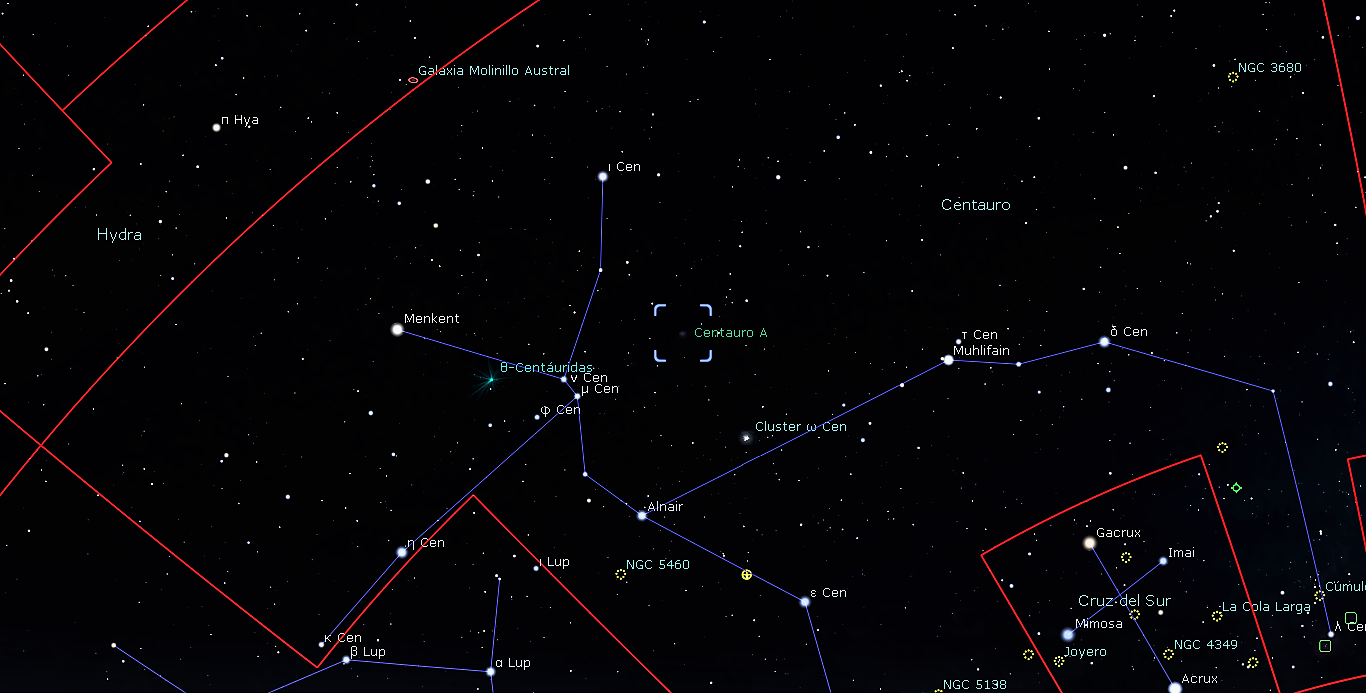 The fifth brightest galaxy in the sky

Centaurus A, NGC 5128 or the Hamburger Galaxy is located about 12 million light years away, in the direction of the Centaurus constellation. It was discovered at the beginning of the 19th century and is one of the closest large galaxies to Earth, which is why it has been deeply studied. It presents a very peculiar morphology, as reported for the first time by Sir John Herschel in 1847, since it is characterized by a large bright bulge partially hidden by a dark band of dust, which astronomers attribute to a past collision between galaxies. Centauro A is considered an Active Galactic Nucleus (AGN), since in its center it houses a supermassive hole of about 55 million solar masses, which is responsible for the expulsion of a gigantic jet of material launched at speeds close to that of light, making it a radio galaxy. Centauro A will already be well located for observation at dawn, towards the southeast of the celestial sphere. 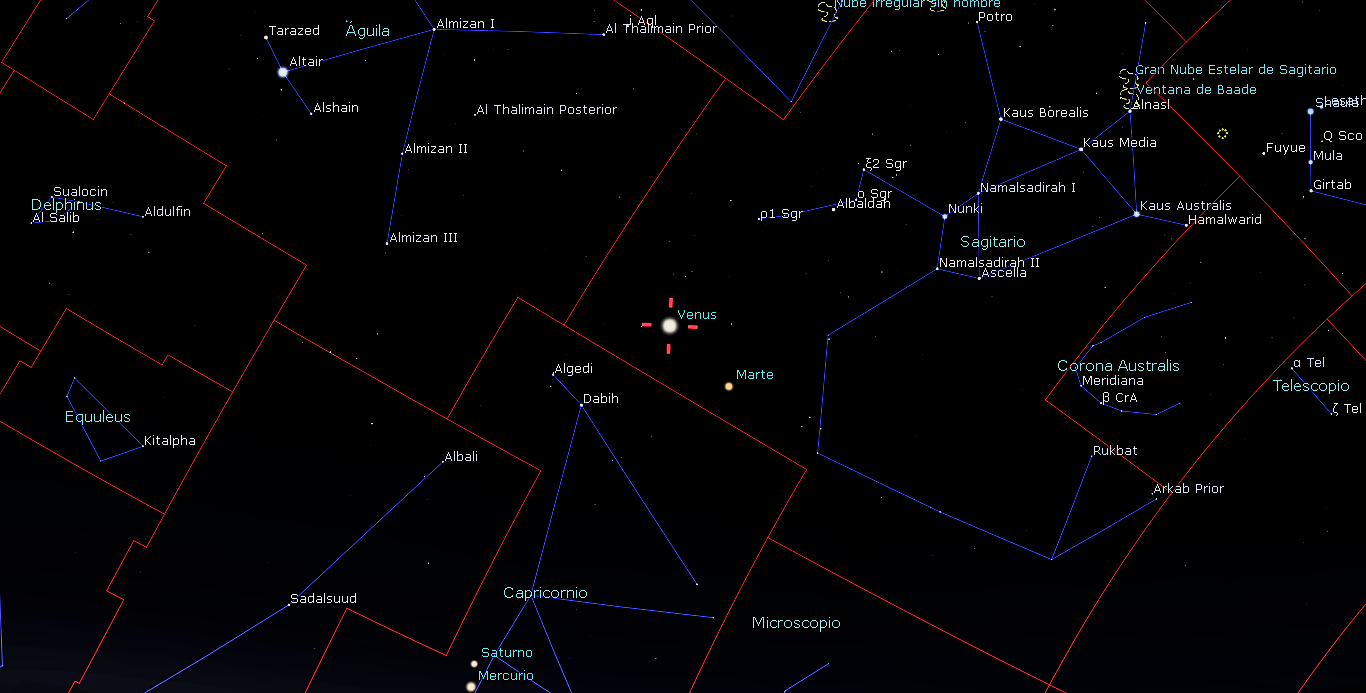 The brightest natural object after the Moon and the Sun

The second planet of the solar system, almost identical in size to Earth, and the third brightest natural object in the sky: Venus, will reach its highest point in the morning sky on March 3 and will offer us a fabulous show together with Mars, Saturn and Mercury. The configuration will be visible a few minutes before sunrise, in the direction of the Sagittarius constellation, towards the southeast of the celestial sphere. If a telescope is used, we recommend extreme caution due to sunrise. 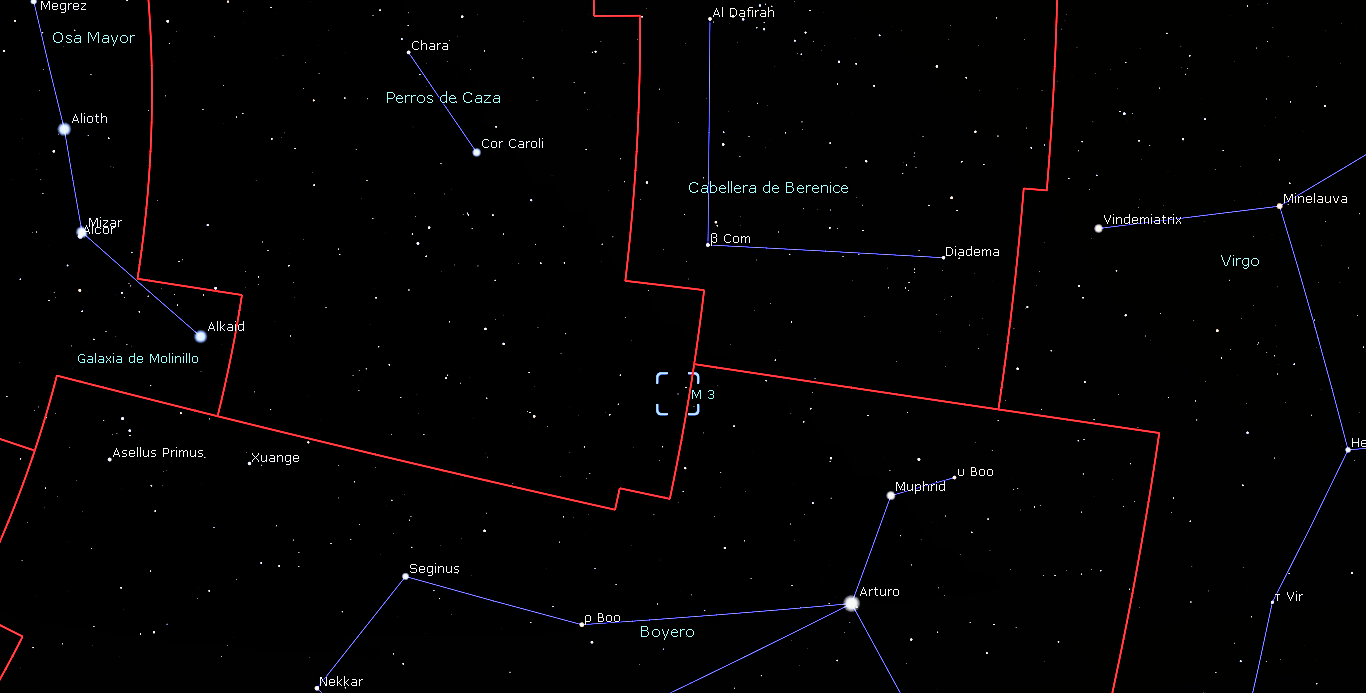 This cluster was the first discovery of Charles Messier, registered in 1764 with the number 3; coupled with the fortuitous discoveries of M1 and M2, motivated Messier to start building his catalog. William Herschel was the first to recognize it as a globular cluster in 1784. M3 is located about 33,900 light-years away, farther than the center of the Milky Way, but even so, shining at magnitude 6.2, it is visible to the naked eye. seen in very good condition. Using binoculars or small telescopes, it shows us its compact bright core within a round mottled and grainy glow, a superb image. Its apparent diameter of 18 arc minutes corresponds to a linear extension of about 180 light years. M3 will already be well placed for observation most of the night, in the direction of the constellation of the Hunting Dogs, towards the northeast of the celestial sphere. 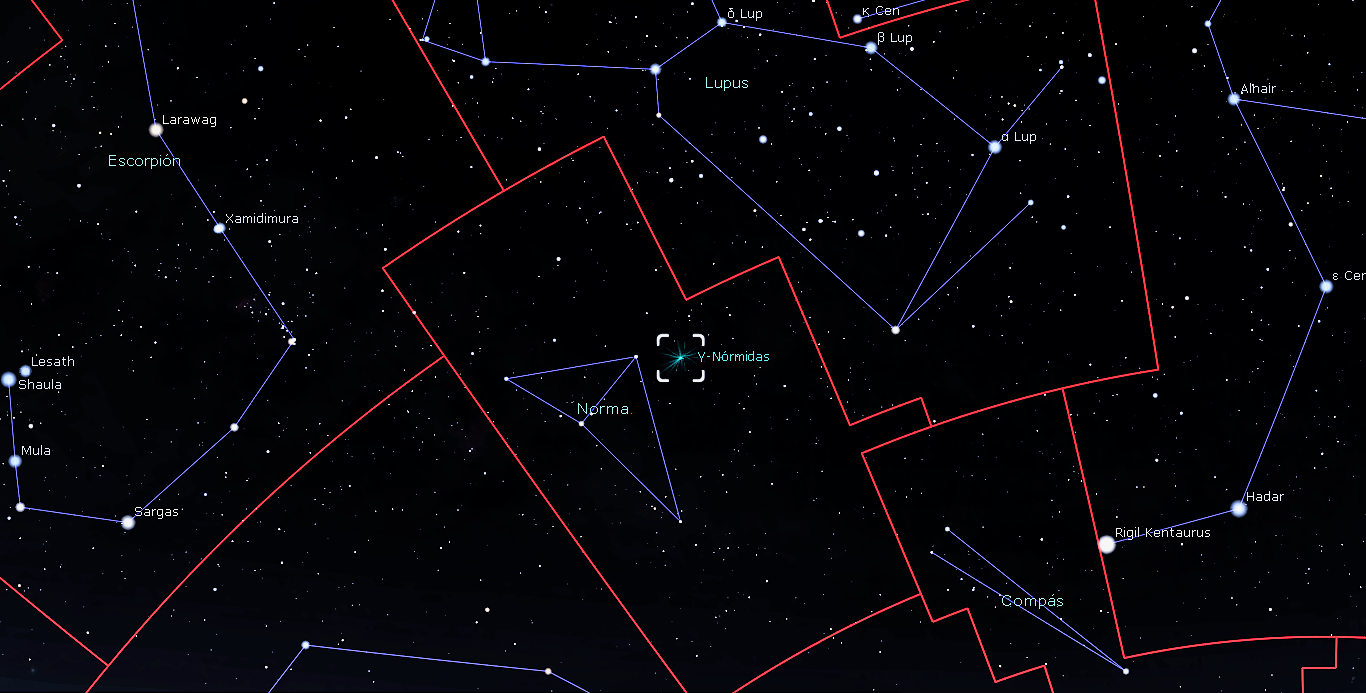 Although this fall of meteors is not one of the most spectacular, since it will only have a maximum of six fleeting ones per hour, it will be active between February 25 and March 28, with its maximum on March 15. The radiant is in the direction of the Norma constellation, with coordinates AR=15h53m, DEC= -50º00´. The object that causes this rain has not been determined, but it is known that it reaches its maximum activity around 4:00 p.m. on March 14, so the best displays could occur at sunset on March 14 and early morning on March 15. , towards the south southeast part of the celestial sphere. 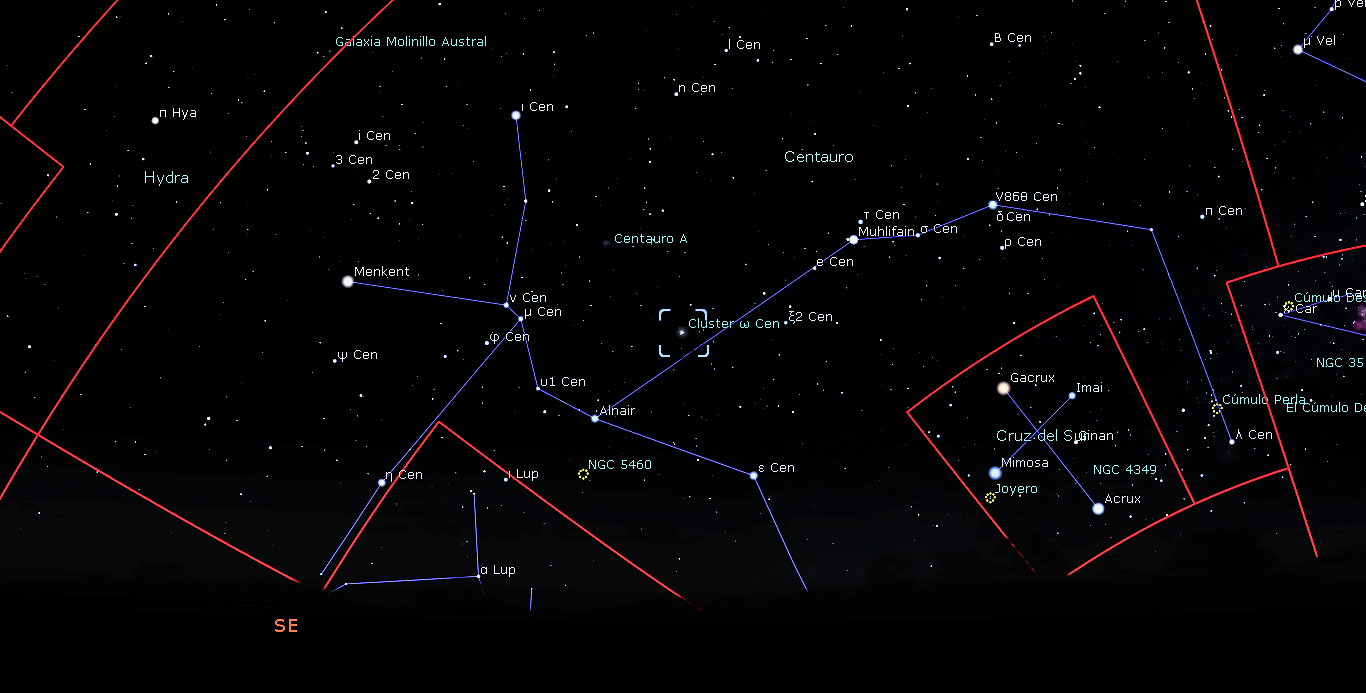 The brightest globular cluster in the sky

The globular cluster Omega Centauri or NGC 5139 has been identified since ancient times; At first it was thought to be a star, as described by Ptolemy in his Almagest (140 AD). Johann Bayer catalogs it as the Omega star of the Centaurus constellation and Edmond Halley determines its non-stellar nature in 1677.

The Omega Centauri cluster is located about 15,800 light years from the Sun, with an apparent size of 36 minutes of arc (slightly larger than the disk of the Moon), equivalent to a space size of 170 light years, making it the largest cluster size in our galaxy. It is considered to contain more than 10 million stars, which is why it is believed to be the nucleus of a dwarf galaxy, whose formation process was interrupted when it was captured by the Milky Way. Omega Cen will already be well located for observation in the second part of the night, for observers with latitudes less than 42° N, towards the south southeast of the celestial sphere. Due to its great brightness (3.7 apparent magnitude) it is visible to the naked eye as a fuzzy star, but with binoculars or small telescopes it looks like a fuzzy disk.

Watch the video of this month:  https://youtu.be/WInzGH2tucI