The support of Dr. Poveda, essential for the LMT

On March 24, Dr. Arcadio Poveda Ricalde, one of the most important scientists in the country's history, passed away in Mexico City at the age of 91. Dr. Poveda, who was a researcher at the UNAM Astronomy Institute, was a very important figure for INAOE, especially in supporting the Alfonso Serrano Large Millimeter Telescope (LMT).

Dr. Poveda was a pioneer in  the application of the Virial Theorem to the solution of astrophysical problems, which led to a method for determining the masses of spherical and ellipsoidal galaxies. He was a regular contributor to the Bulletins of Tonantzintla and Tacubaya and Doctor Honoris Causa by the INAOE (1998). From 1996 to 2004 he was a member of the Scientific and Technical Advisory Committee  (STAC) of the LMT, where he played a key role in the development of the project, giving all his support to the project, in particular to the Mexican part, always with the argument of promoting the technological independence of Mexico. Dr. Poveda was also a member of the INAOE Governing Board from 1992 to 2000. 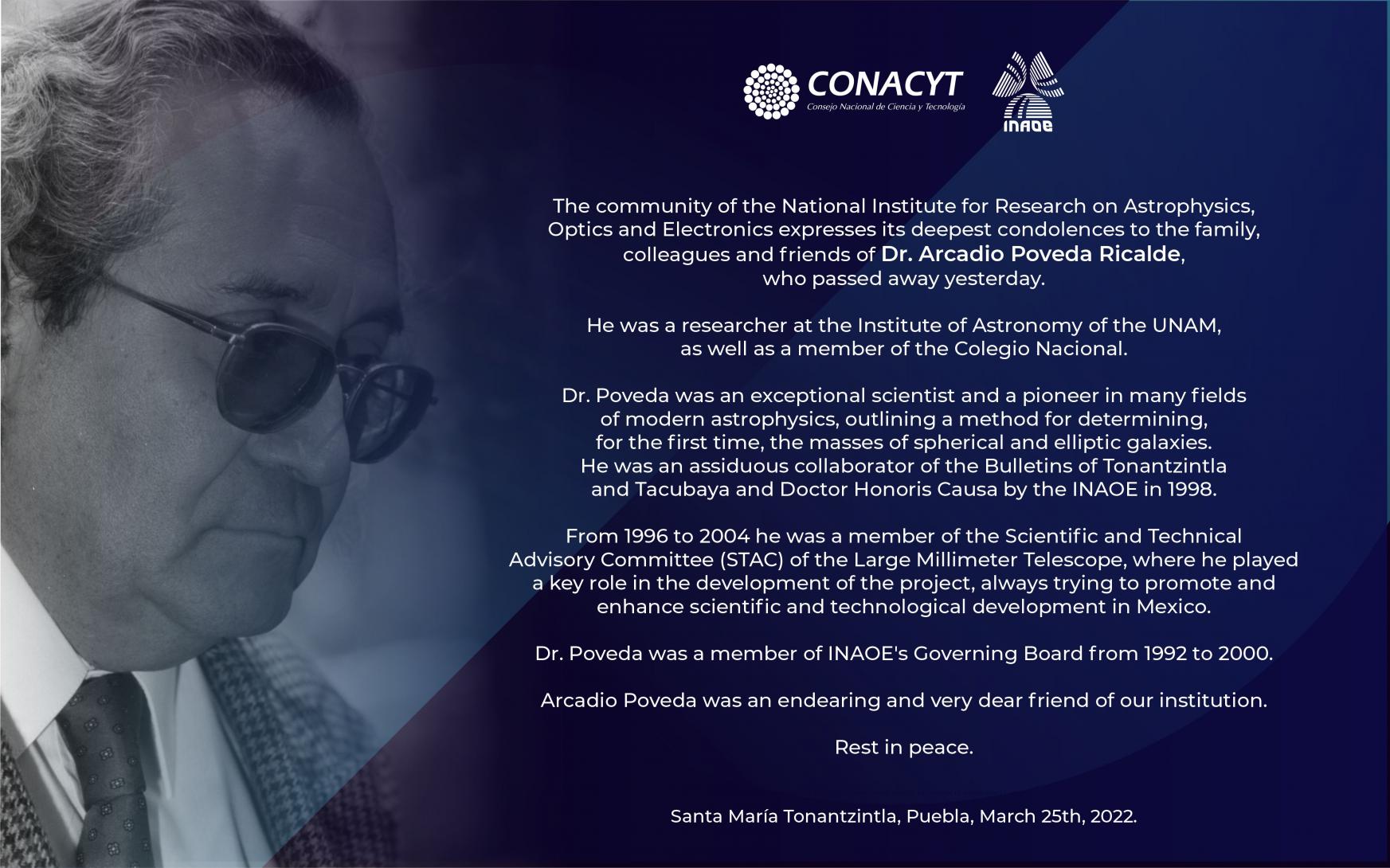 In an interview, Dr. Omar López Cruz, a researcher at INAOE, comments: “Dr. Poveda was a curious man, very creative and who possessed great depth of thought. He es recognized for his great work as director and promoter of scientific development, actually he helped in the creation of research centers such as CIO and CICESE. His generosity had no limits”. 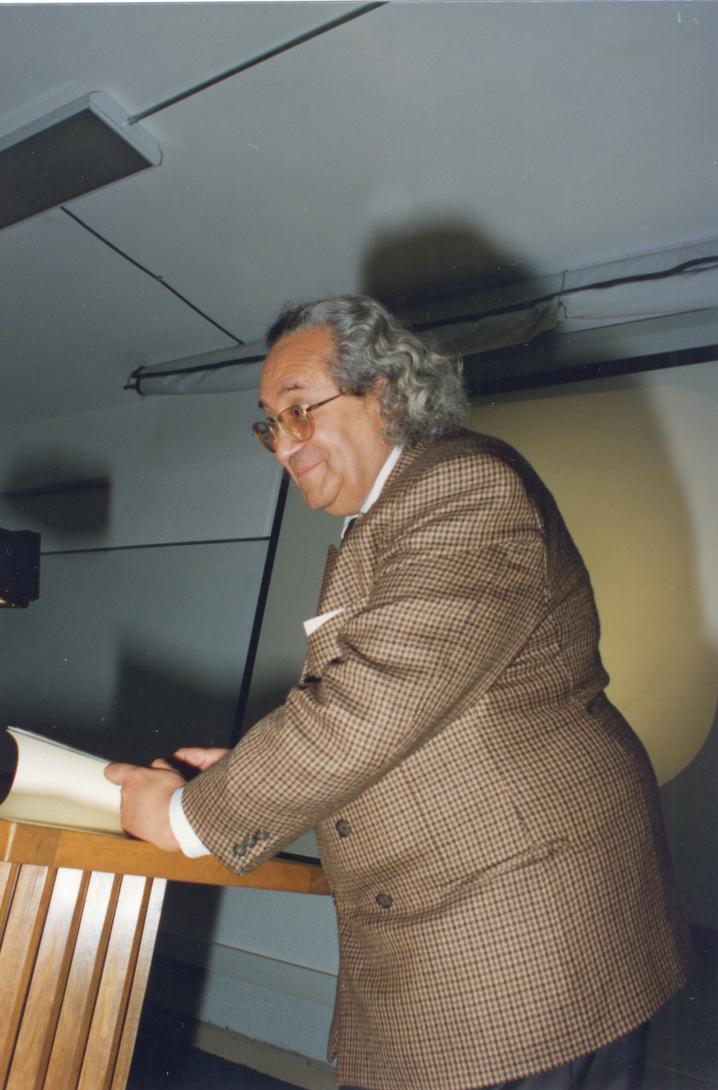 Dr. López Cruz considers that Dr. Poveda's most relevant contribution to INAOE was the support he provided to start up the 2.1 m telescope of the Guillermo Haro Observatory in Cananea, Sonora, and his decisive participation in the development of the LMT, which today bears the name of Dr. Alfonso Serrano Pérez Grovas.

Asked about Poveda's main scientific contribution, Dr. López points out: “Poveda was a pioneer of computing in Mexico. In 1968 when the first computer arrived in Mexico, an IBM 650, he and his students Renato Iturrigada and Ismael Orozco were among the first users. Iturriaga became the first Mexican with a doctorate in Computer Science at the University Carnegie-Mellon (formerly Carnegie Institute of Technology). Dr. Poveda applied techniques, until then very advanced, to measure the mass of galaxies, he invented a method that is known in many places as the Poveda method. That formula is published in the Bulletin of Tonantzintla and Tacubaya. He also made fundamental contributions to the study of exoplanets, he was a pioneer in several areas. Speaking of the Chixulub crater as well, we consider that Dr. Poveda made important contributions. I think we have lost one of the most important scientists in Mexico. Dr. Arcadio Poveda earned national and international recognition and was greatly appreciated. In 2013 he during a tribute at the Córdoba Observatory in honor of the great Argentine astronomer, Dr. José Luis Sérsic (1933-1993), I had the opportunity to point out a parallelism regarding the scientific contributions and contributions to the development of astronomy of Sérsic and Poveda. I was moved by the great affection of the relatives of Dr. José Luis Sérsic towards Dr. Poveda.” 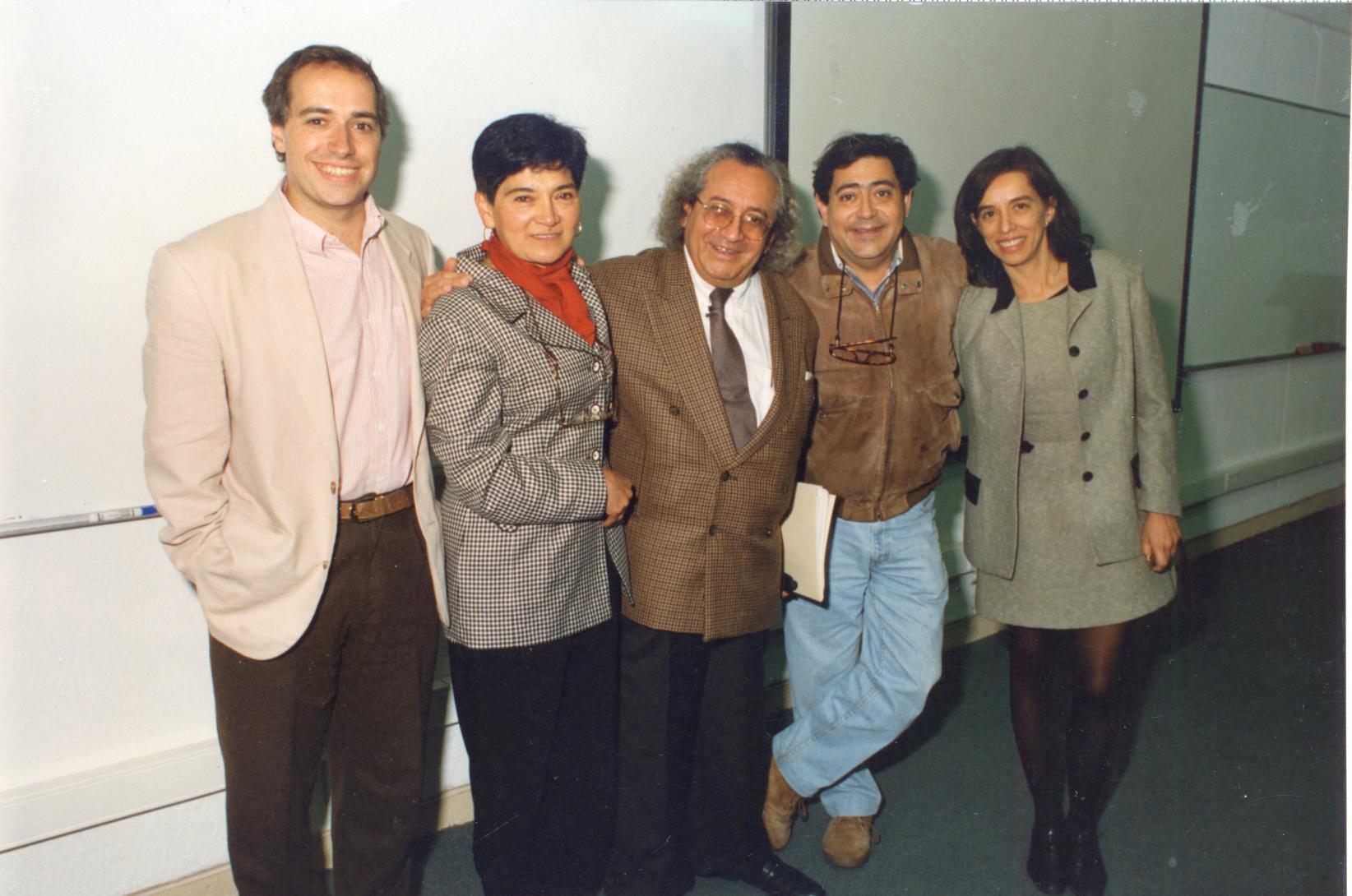 For his part, Dr. José Guichard Romero, also a researcher at INAOE, says: “Poveda's relevance for the INAOE is historical. INAOE was founded in 1971 and the director of the UNAM Astronomy Institute at that time was Arcadio Poveda. He was director of IA-UNAM from 1968 to 1980. In 1971 Haro decided to convert OANTON into INAOE. There are legends about the differences between Poveda and Haro, at that time several boys from IA-UNAM came to INAOE, at some point Poveda said that he was the last to find out about the creation of INAOE, I don't know if it's true or not ". Dr. Omar López Cruz confirms that Dr. Poveda also told him that he was the last to find out about the decree creating the INAOE. 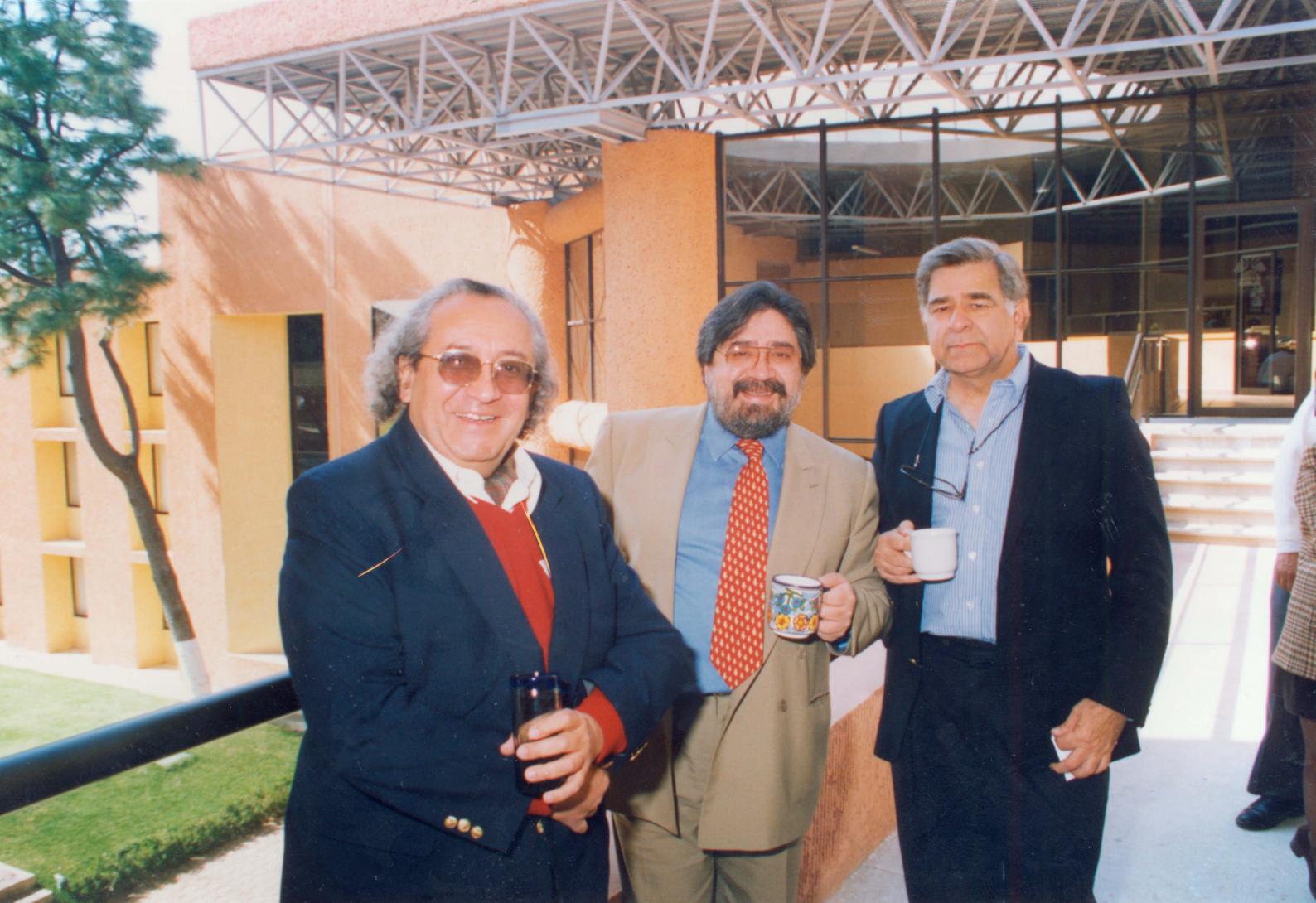 Dr. Guichard adds that the presence of Arcadio Poveda in Mexican astronomy has been very important: “Another important point is that during his tenure as director of IA-UNAM, construction of the San Pedro Mártir Observatory began. Among other things, Haro said that he had discovered the place. In fact, in Elena Poniatowska's book she mentions that Haro discovered the site. Regardless of these stories, which one day someone should verify, during Alfonso Serrano's tenure as director of INAOE, Poveda was a great ally and collaborator of the Institute. He was a member of the STAC of the LMT for many years and always gave full and resounding support to the project and in particular to the Mexican part. He supported these projects, he was very positive. I think these two points must be highlighted”. 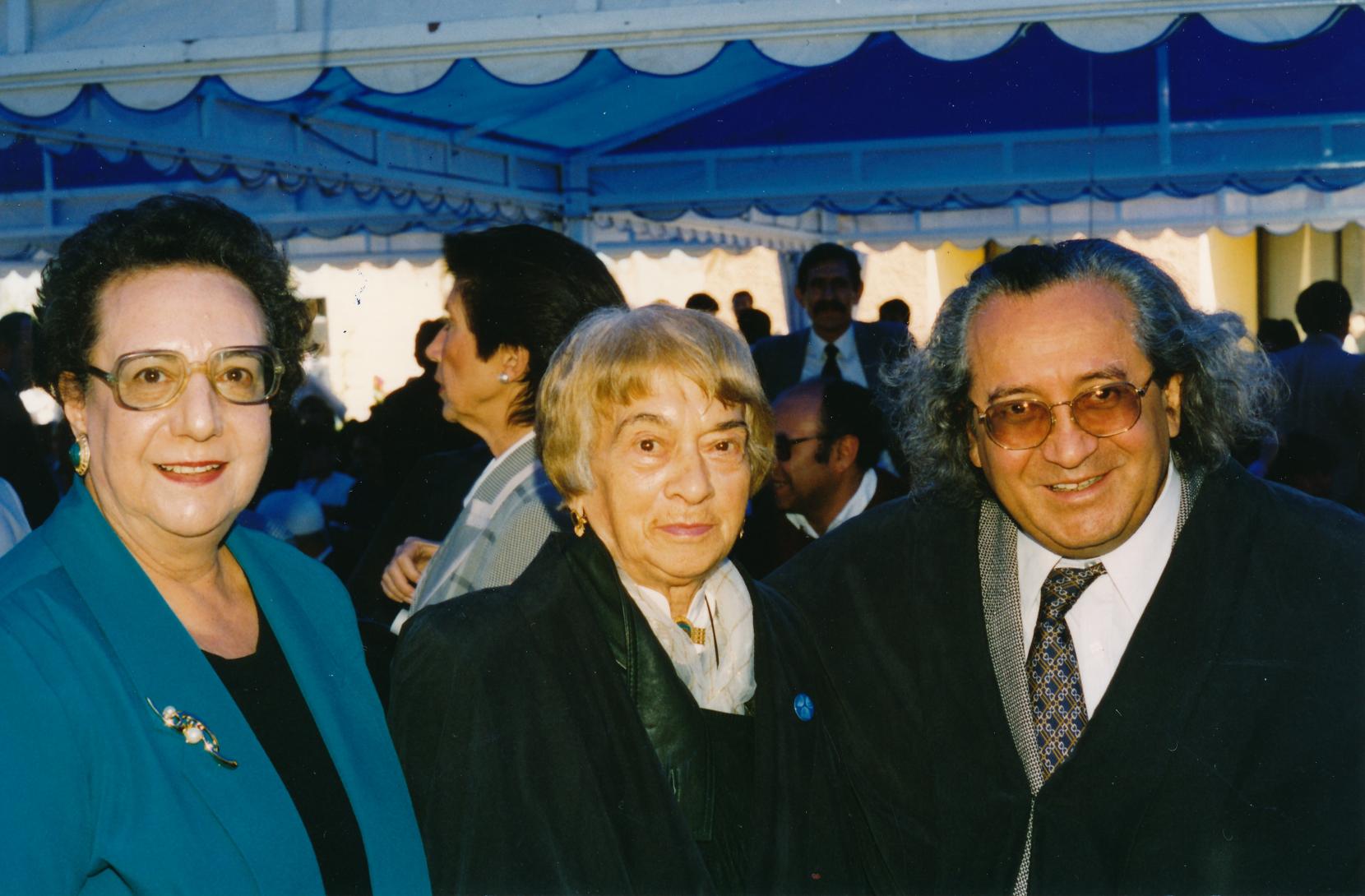 Arcadio Poveda Ricalde was born in Mérida, Yucatán. He studied Theoretical Physics and Mathematics at the Faculty of Sciences of the UNAM (1948-1951), which he concluded, with the support of Dr. Guillermo Haro, at the University of California at Berkeley (1951-1953), where he also completed his doctorate in astronomy (1953-1956).

He worked at the Tacubaya Observatory (1949) and at the Leuschner Observatory (1951-1956) at the University of California. In 1956 he joined the UNAM Institute of Astronomy as a Researcher. He was a visiting researcher at the Institute d'Astrophysique de Paris, at Columbia University, the Kitt Peak National Observatory (Tucson), and the Center for Astrophysics and Space Science (San Diego, CA, 1983). He taught at the Faculty of Sciences at UNAM and at the universities of Nebraska and New York.

His scientific activity covered many fields of astronomy. He published more than one hundred articles in the most prestigious international publications. He was director of the UNAM Institute of Astronomy from 1968 to 1980 and creator and promoter of the National Astronomical Observatory in the Sierra de San Pedro Mártir, Baja California. He contributed in the foundation of CICESE in Ensenada and CIO in León, Guanajuato. 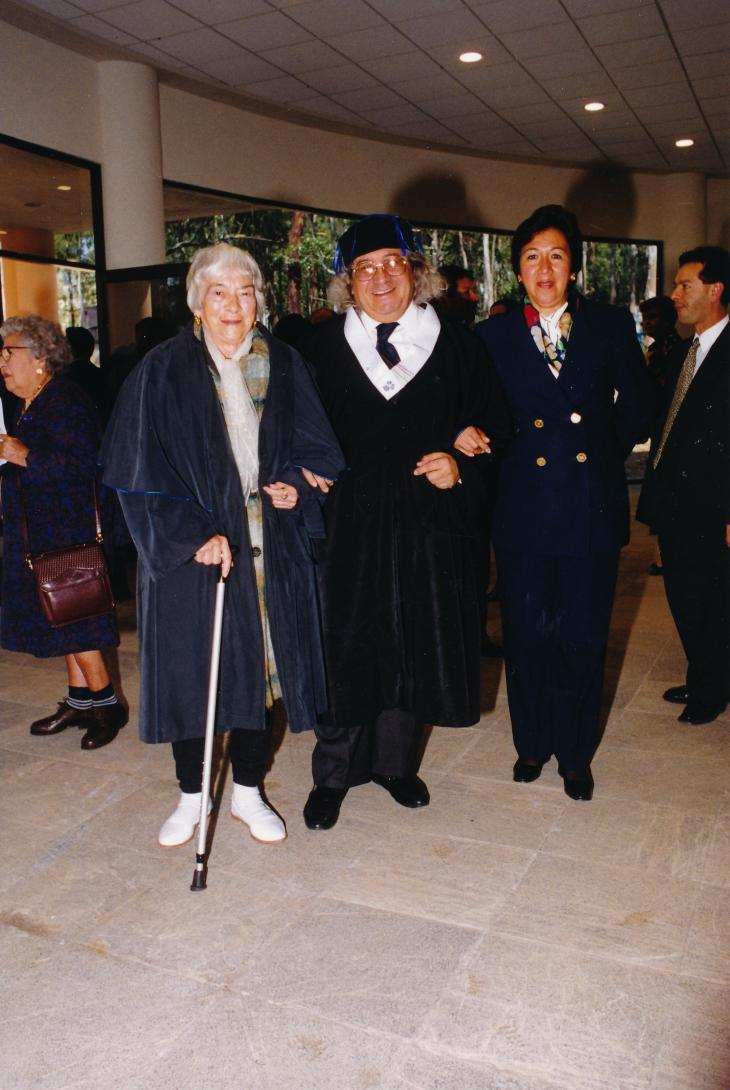 He was also the founder and first director of the International Center for Physics and Applied Mathematics (CIFMA) in Cuernavaca, Morelos and the University Program for Space Research and Development (PUIDE) at UNAM (1990-1991). In 1996, he created, in collaboration with Dr. Fernando Magaña Solís, the Physical Engineering career at the Autonomous University of Yucatán. Since 1998 he was a member of the Advisory Committee of the University Project for Space and Planetary Sciences. He was part of the National System of Researchers and various arbitration commissions of international journals. 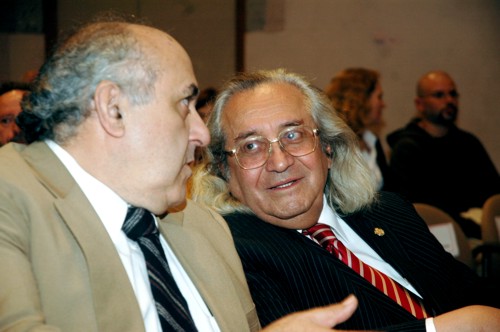 He received numerous awards such as the Dorothea Kumpke Award from the University of California (1955); the Academy Award for Scientific Research (1966); the National Prize for Sciences and Arts (1975); the Eligio Ancona Medal from the Government of Yucatan (1977), the Honorary Doctorate from the University of Yucatan (1977), the Luis G. León medal from the Mexican Astronomical Society (1987), the appointment as a member of El Colegio Nacional (1989 ), the appointment as Researcher Emeritus of the National System of Researchers (1994) and the UNAM (1997), the Honorary Doctorate of the National Institute of Astrophysics, Optics and Electronics (1998), the Honorary Doctorate of the Center for Research in Optics (2000), to name a few.