Astronomical events of the month of April

This month we commemorate another anniversary of the long-lived Hubble Space Telescope. In addition, we will have the opportunity to observe three objects from the famous Messier catalog, a moderate meteor shower called the Lyrids and a spectacular conjunction of two of the brightest objects in the sky.

The telescope named in honor of Edwin Hubble, who in 1929 demonstrated the Expansion of the Universe, was launched into space on April 24, 1990 and had a life expectancy of 15 years. Hubble quickly became a very famous telescope from its first moments in space, due to the failure in the optical system and, later, for the spectacular nature of its images of all kinds of celestial objects. Orbiting around the Earth at an altitude of about 593 kilometers, it completes a revolution in just 96 or 97 minutes, at a speed of 7.59 km/s. At 32 years old, Hubble has far exceeded its useful life and refuses to stop working, despite having been put into "safe mode" to repair its faults, it is still in operation today. 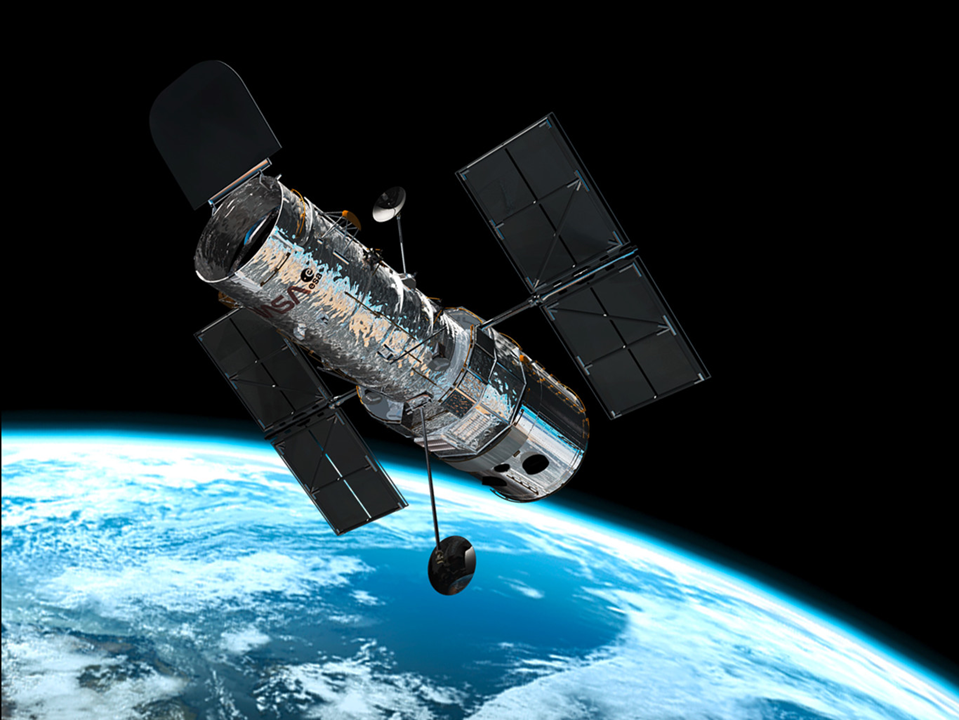 M104 or NGC 4594, better known as the Sombrero Galaxy, clearly due to its appearance, was discovered by Charles Messier, who added it to his catalog on May 11, 1781. The Sombrero Galaxy is classified as a spiral of semi-closed arms (Sa-Sb), shows an extraordinarily bright core, a prominent bulge, and an obscured band of gas and dust that crosses it equatorially. It contains about 100 billion stars, its radius is 25,000 light years, and its estimated age is 13.25 billion years. It is located about 29 million light years from Earth, in the direction of the Virgo constellation, towards the southeast of the celestial sphere. With an apparent magnitude equal to 8.0, it is recommended to observe it in places with little light pollution, with at least binoculars or a small telescope. 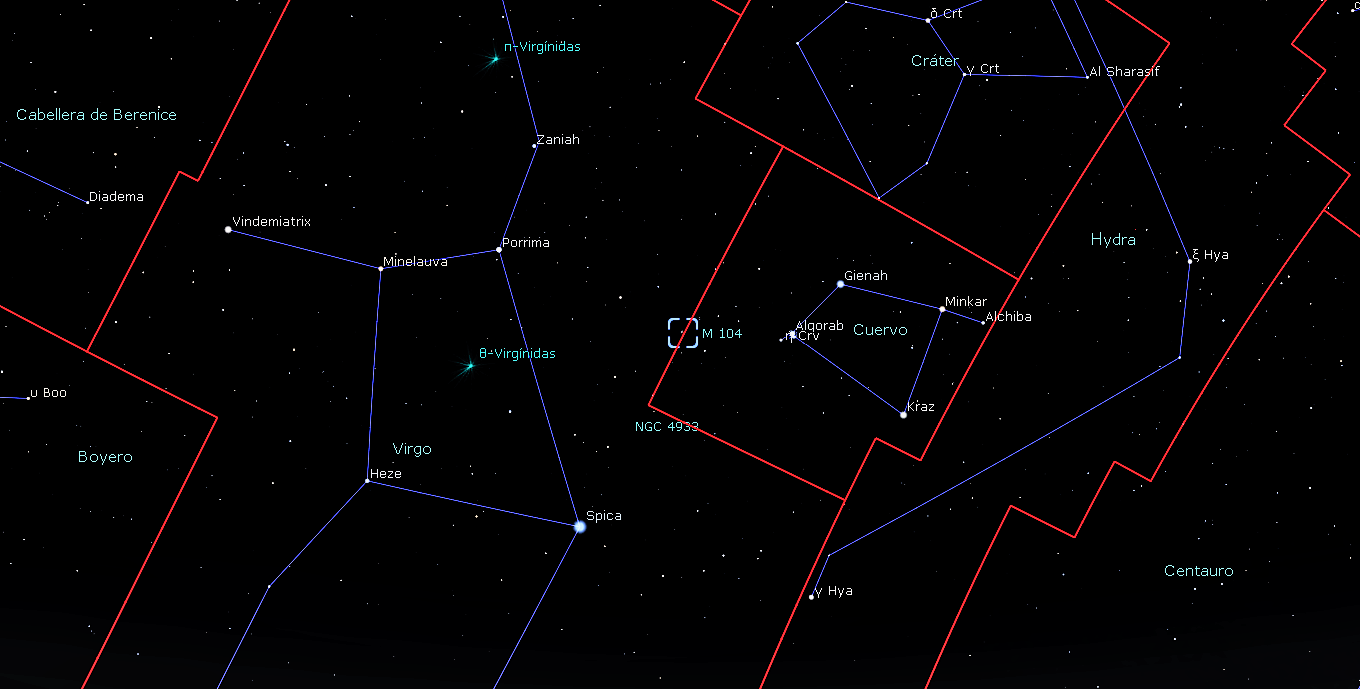 The photogenic Pinwheel Galaxy shows us its best profile

The galaxy M101 or Pinwheel Galaxy, unlike M104, is presented from the front, showing us all the splendor of its spiral structure; It is one of the brightest and largest in the sky. M101 was discovered by Pierre Méchain in 1781, who described it as a "nebula without stars, dark and difficult to distinguish", confirmed by Charles Messier, who included it in his catalogue, being the first "spiral nebula" identified as such by William Parsons in 1851. The Pinwheel Galaxy is located in the constellation Ursa Major, is at a distance of about 27 million light years, with a diameter of 170,000 light years and belongs to a group of at least 9 galaxies. With a magnitude equal to 7.9, it will be enough to use binoculars or a small telescope to enjoy a magnificent image. 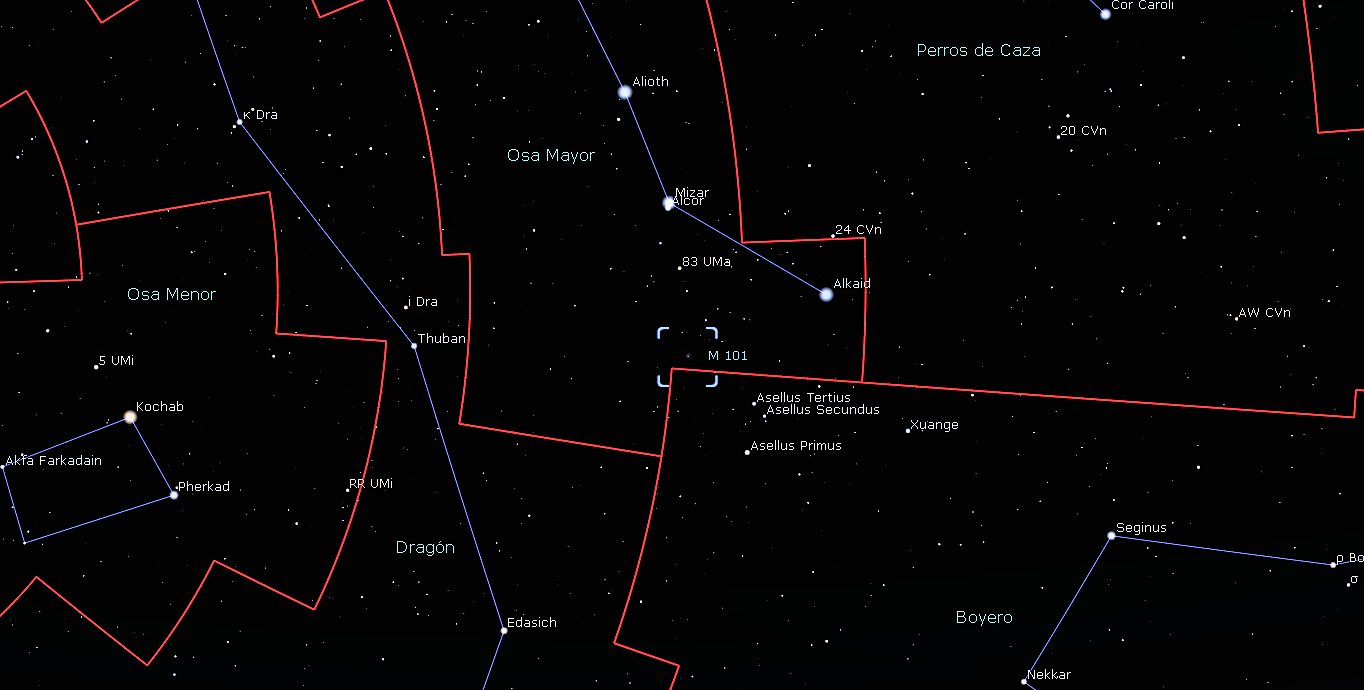 The galaxy M51, also known as the Pinwheel Galaxy or NGC 5194, discovered by Charles Messier in 1773, is a classical spiral galaxy, the first to exhibit a spiral structure, showing large amounts of interarm matter. NGC 5194 is associated with a smaller galaxy, NGC 5195. They are separated in the sky by 4'35”, forming a binary system, in this case of interacting galaxies. Located about 30 million light-years away, the galaxy is 60,000 light-years across. The galaxy M51 is located in the direction of the constellation of the Hunting Dogs and thanks to its great brightness (magnitude 8.4) it is easily observable with binoculars or modest telescopes. 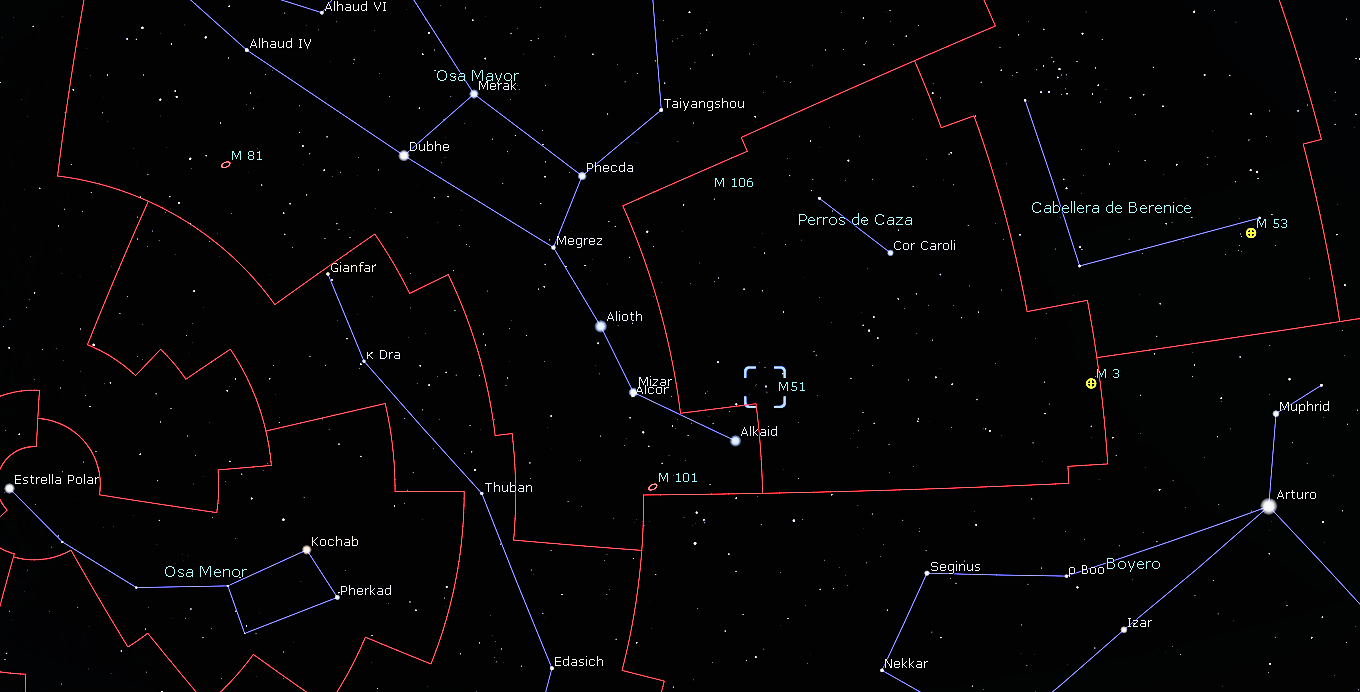 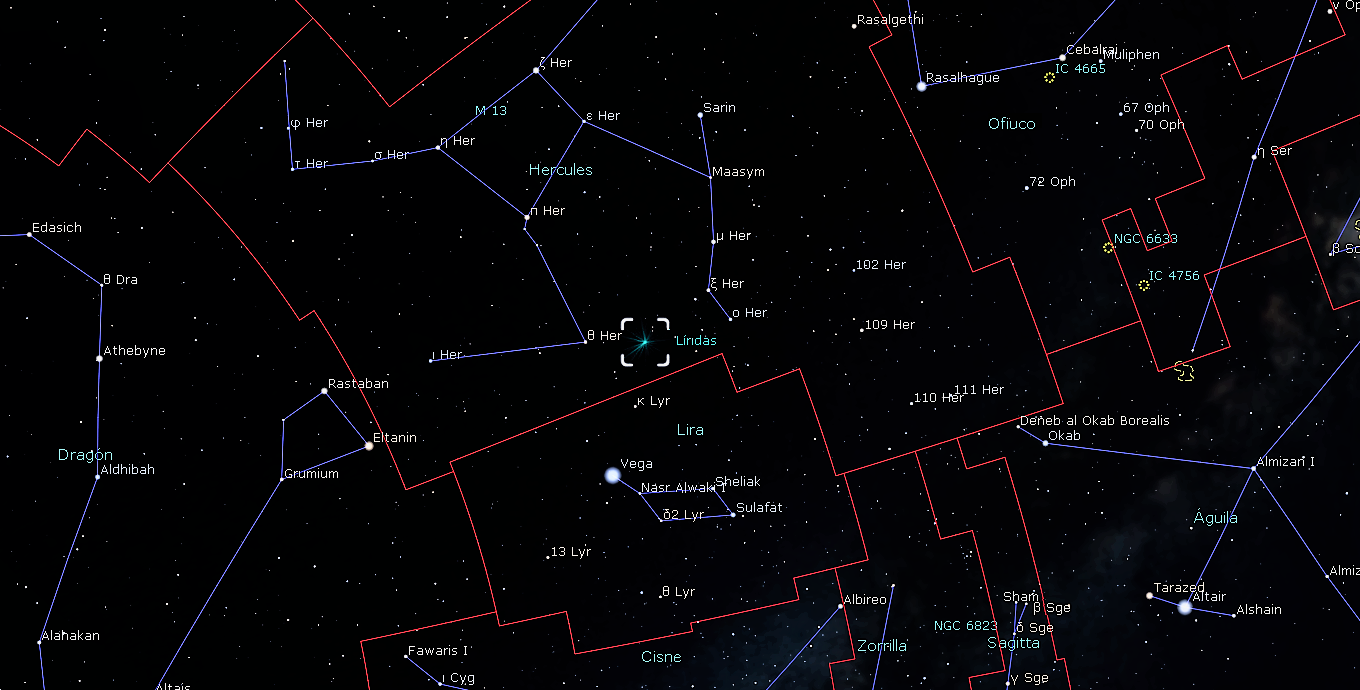 Approaches, there is no bad fifth

During the last days of the month of April, we will have a series of conjunctions and approaches, in which four of the visible planets participate: Saturn, Mars, Venus and Jupiter, as well as Neptune and the Moon, in the direction of the constellations of Capricorn and Pisces. Only if you want to observe Neptune or the Galilean moons of Jupiter or some of Saturn's, you will need binoculars or a small telescope. This event will be visible to the naked eye at sunrise, before sunrise, in a southeasterly direction on the celestial sphere. 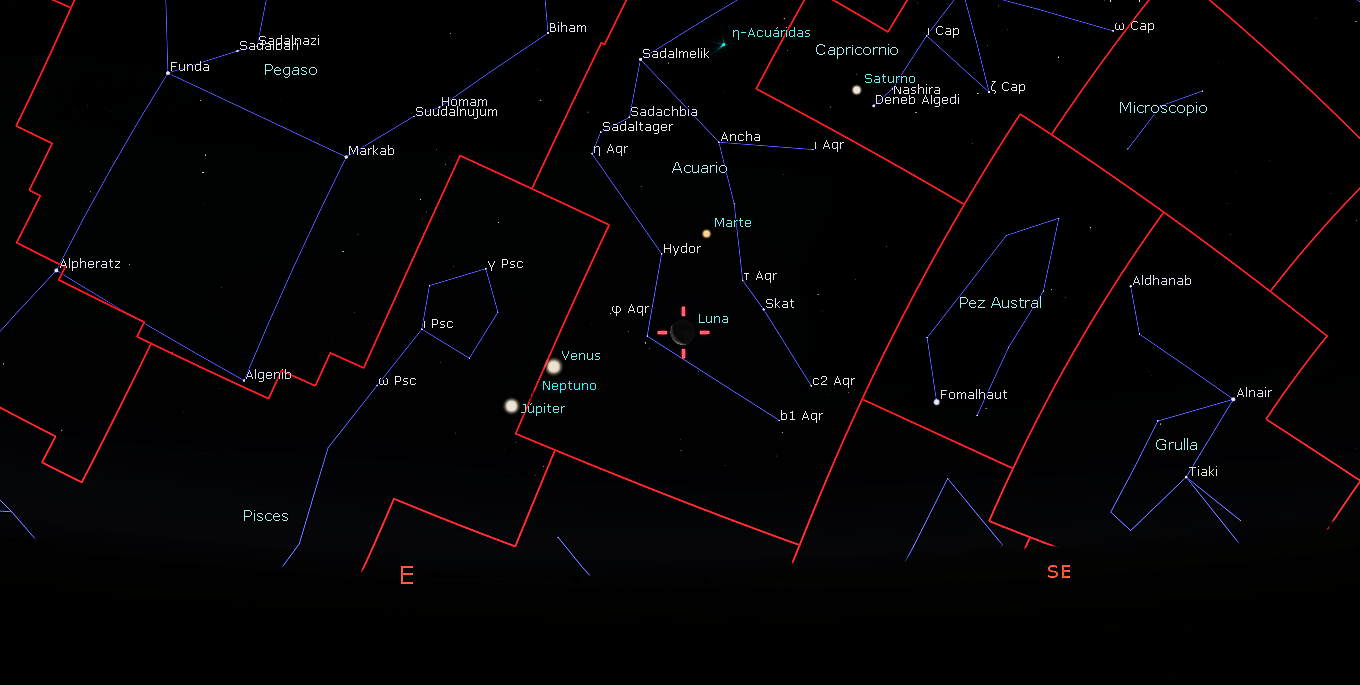 Watch the video with the events of this month in https://youtu.be/q_3yvXXcPOQ