Santa María Tonantzintla, Puebla, January 17th, 2022. Original, versatile, creative and possessor of a great spirit of freedom. This is the way Dr. Élfego Ruiz Schneider is. A researcher at the UNAM Institute of Astronomy (IA-UNAM), he is being honored at the School of Observational Astronomy for Latin American Students (Esaobela), which takes place in Tonantzintla during these weeks.

Dr. Élfego Ruiz Schneider studied Physics at the Faculty of Sciences of the highest house of studies. In 1995 he received an honorary doctorate from the INAOE. He has specialized in new technology telescopes and astronomical instrumentation. Its projects include a tool for polishing optical surfaces (HyDRA), the control system for the 2.1-meter telescope of the San Pedro Mártir National Astronomical Observatory, an infrared radiation detector and a spectrograph called Camaleón that breaks down the light of celestial objects. He received the National University Award in 1985 and 2002. 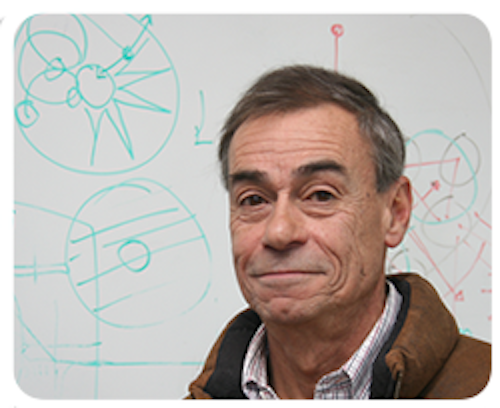 This year at Esaobela, twelve students of Physics, Mathematics and Engineering from different Latin American countries participate, to whom a basic but very complete course in Astronomy is offered. The theoretical classes are reinforced with observational practices using mainly the one-meter telescope of the National Astronomical Observatory (OAN) of the IA-UNAM in Tonantzintla. Researchers from different institutions offer courses on position and time astronomy, the Sun, spectral classification, photometry, stellar evolution, optical and electronic instrumentation, interstellar material, the galaxy, extragalactic systems, radio astronomy and non-visible astronomy.

The Esaobela is jointly organized by the National Institute of Astrophysics, Optics and Electronics (INAOE) and the IA-UNAM. It emerged fourteen years ago and has already produced important results, such as articles published in international journals with data obtained by students during these schools, not to mention the dozens of students who have passed through its ranks and who are already reinforcing astronomy in their countries. 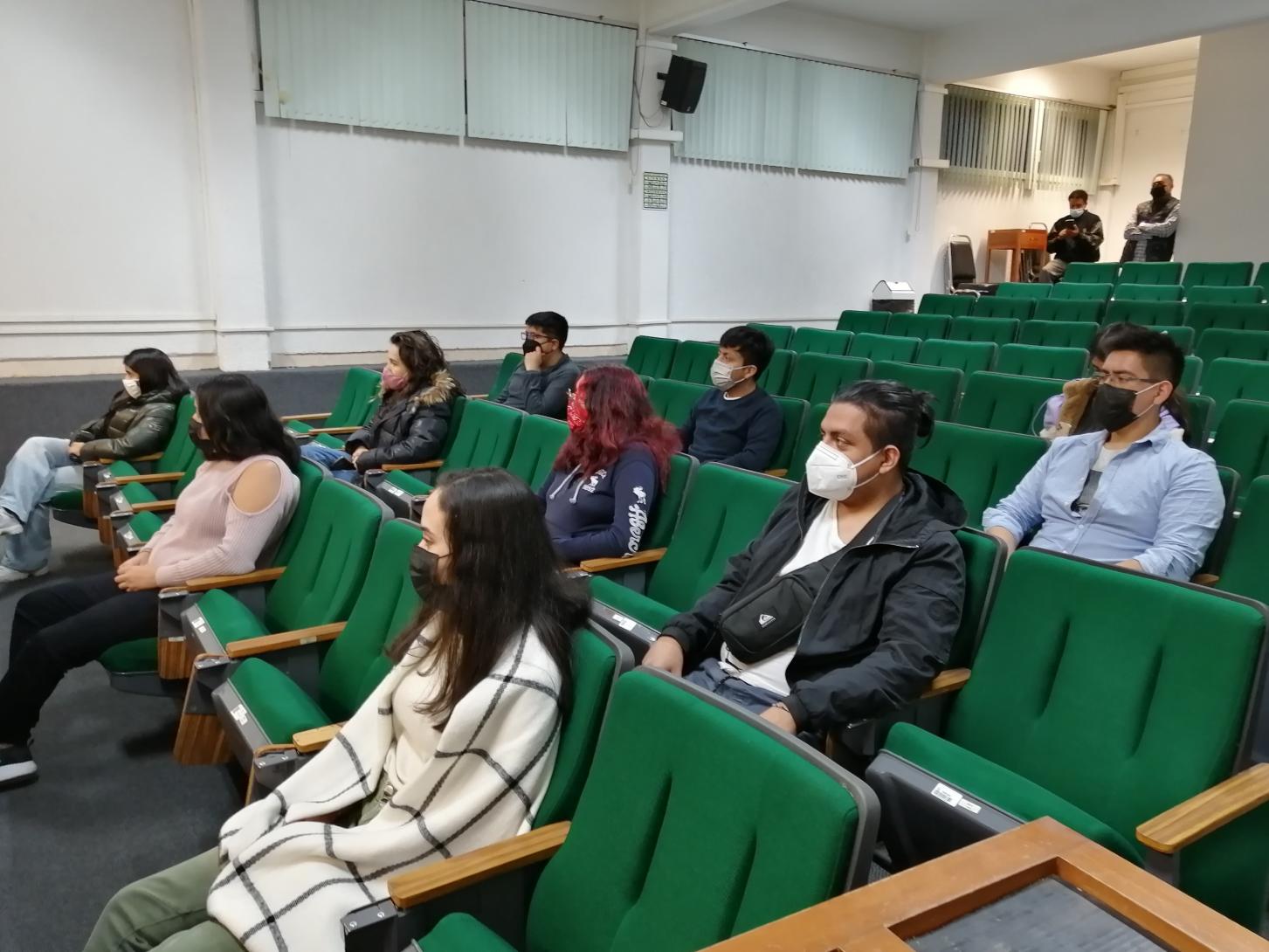 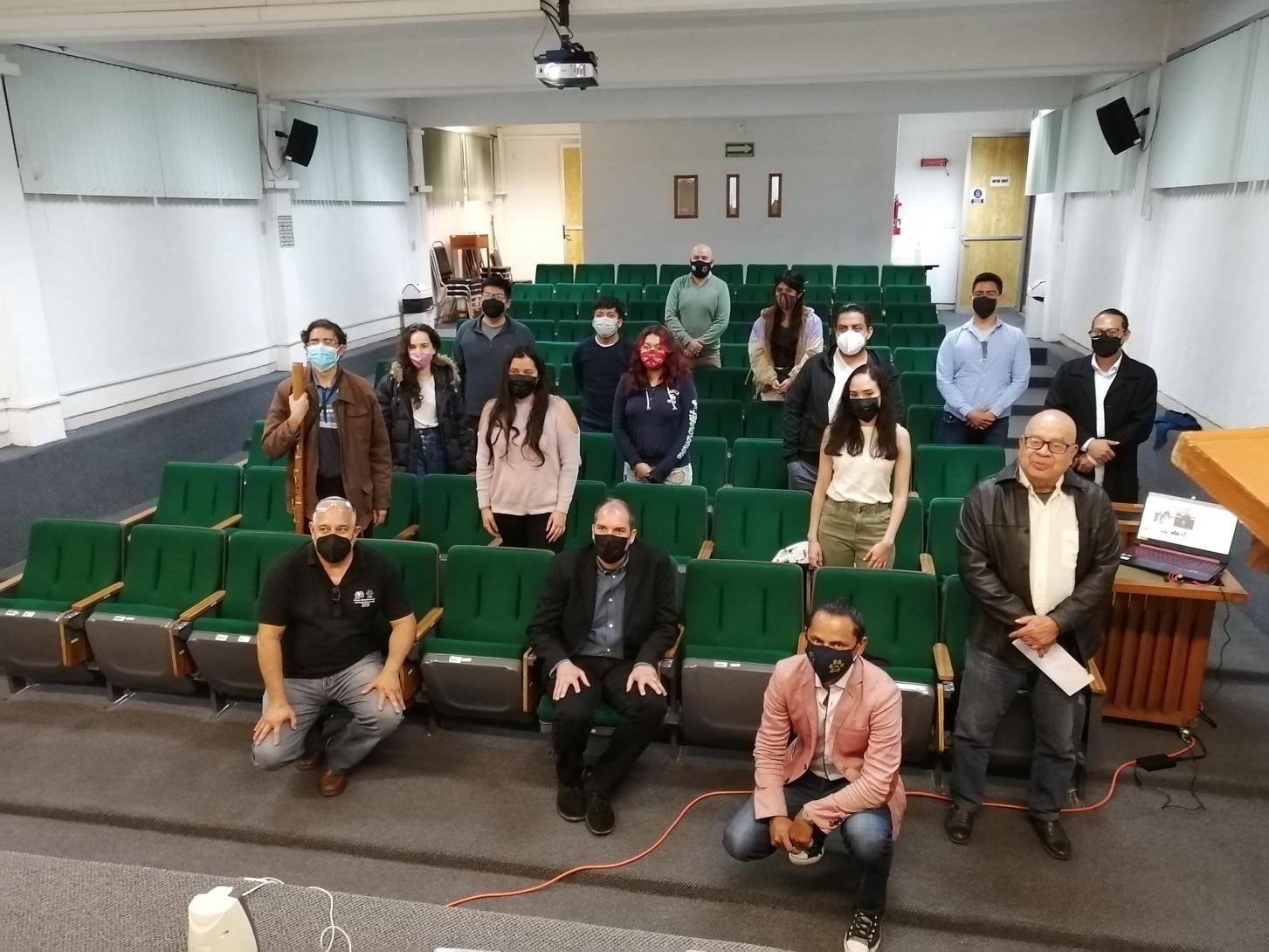 The Esaobela 2022 was inaugurated on January 9 with the presence of MC José Peña Saint-Martin, IA-UNAM researcher and head of the Tonantzintla Astronomical Observatory of UNAM, and doctors José Ramón Valdés Parra, Astrophysics Coordinator of the INAOE, and Daniel Durini Romero, Director of Research and Technological Development of this Institute. Dr. Élfego Ruiz and Dr. Rafael Costero Gracia, also a researcher at IA-UNAM, connected remotely.

In his intervention, Dr. Costero recalled that while still a student, Élfego Ruiz began collaborating with the IA-UNAM. Likewise, he highlighted some of the projects developed by Dr. Ruiz Schneider for the Tonantzintla Observatory, such as the telescope control console and OMA (Optical Mutichannel Analyzer). The latter is a detector like the CCD: “It is a photon counter capable of telling where a photon arrived in the detector. It was mounted on the Boller & Chivens spectrograph with which a lot of work was done”.

Likewise, he designed an instrument to make currency bills and another to make three-dimensional maps, he was a consultant in the installation and operation of seismic alarms, and at the San Pedro Mártir Observatory he developed, among others, a project for the suspension of the two-meter telescope mirror and a mirror polishing machine.

“As you will see, Élfego is amazingly versatile, he is a person who knows how to be useful, he is capable of understanding how things work and of making innovative and revolutionary things that work. He is restless, creative, original and possesses a great intelligent spirit of freedom”, he concluded.

For his part, Dr. Élfego Ruiz thanked Esaobela for the tribute. He remembered his beginnings at IA-UNAM when, while still a student at the Faculty of Sciences, he began to work. He also spoke about some of the projects he has developed, including the multichannel optical analyzer, the image intensifier to photograph the Tonantzintla sky, the control system for the 2.1-meter telescope at the San Pedro Mártir Observatory, and the project of active suspension of the mentioned telescope, among others.

The Esaobela will conclude on January 28.