Astronomical events of the month of July

This month brings us numerous emotions. We'll start by remembering the collision of a comet with a planet, we'll compare a big star cloud with a small one, we'll learn more about the Wild Duck Cluster and, by the end of the month, we will have five active meteor showers that, although not copious, together could become into something spectacular. Of course, and as usual, we present the phases of the Moon.

Will we one day witness a collision between two objects in the solar system?

Surely several of the followers were not born, did not know or simply forgot this spectacular event and of great importance for the astrophysics of our solar system. On March 23, 1993, the couple Carolyn and Gene Shoemaker, and David Levy discovered a comet, using a telescope at the Mount Palomar Observatory. Everything seemed normal until it was detailed that the comet, called Shoemaker-Levy 9, was not orbiting the Sun, but the planet Jupiter. It is believed that in the last passage, on July 7, 1994, the comet came so close to the gas giant that it was trapped, fragmented and plunged into the planet's atmosphere. It was destroyed in at least as many fragments as letters of the alphabet, the largest of them being on the order of 4.3 kilometers in diameter and reaching a speed of 60 km/s. The series of impacts occurred between July 16 and 24, 1994; the largest collision was generated by "fragment G", on July 18. When the fragments hit the interior atmosphere of Jupiter, a chemical “jumble” took place, generating new compounds and destroying others. Shoemaker-Levy 9 taught us a great lesson, big impacts in our solar system happen and can continue to happen.

M22 is a globular cluster that was discovered by Abraham Ihle in 1665, later supported by Halley, De Chéseaux and Messier. It appears in various catalogs and is the brightest cluster in the northern hemisphere, even brighter than the Great Hercules Cluster (M13), and is only beaten by the clusters of Omega Centauri and 47 Tucanae (NGC 104), both in the southern hemisphere. . M22 is one of the closest clusters, located only 10,400 light years from us, in the direction of the Sagittarius constellation, and measures 32 minutes of arc, slightly larger than the angular size of the full Moon, with a population of approximately 70,000 stars.

In the same area, we find the globular cluster M24, IC 4715 or Sagittarius Small Star Cloud, which is located in the direction of the Sagittarius constellation about 10,000 light years from us. In 1764 Charles Messier included in his catalog M24, an object 1.5 degrees wide, and describes it as a "great nebulosity in which there are many stars of different magnitudes". Actually, M24 is a huge condensed galactic cloud, 25 light years in diameter in the Milky Way, visible through a hole in the interstellar dust and in whose heart an open cluster called NGC 6603 coexists. 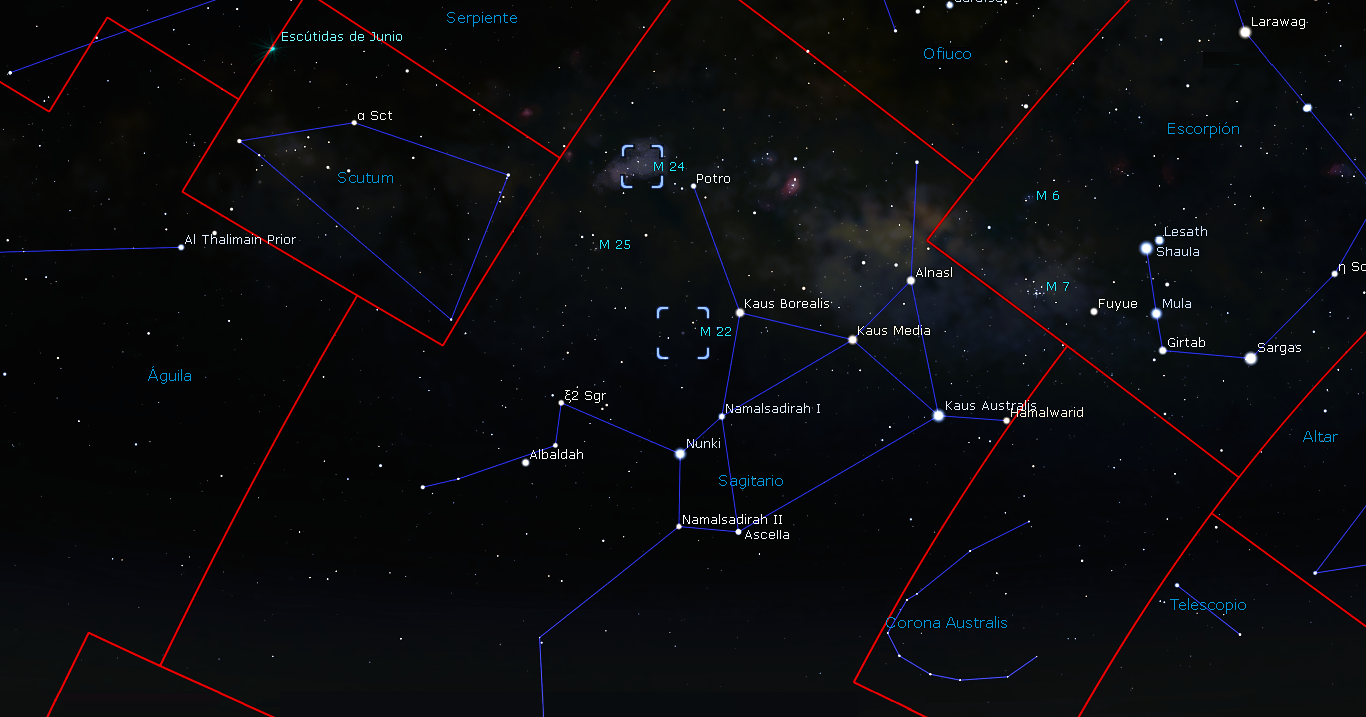 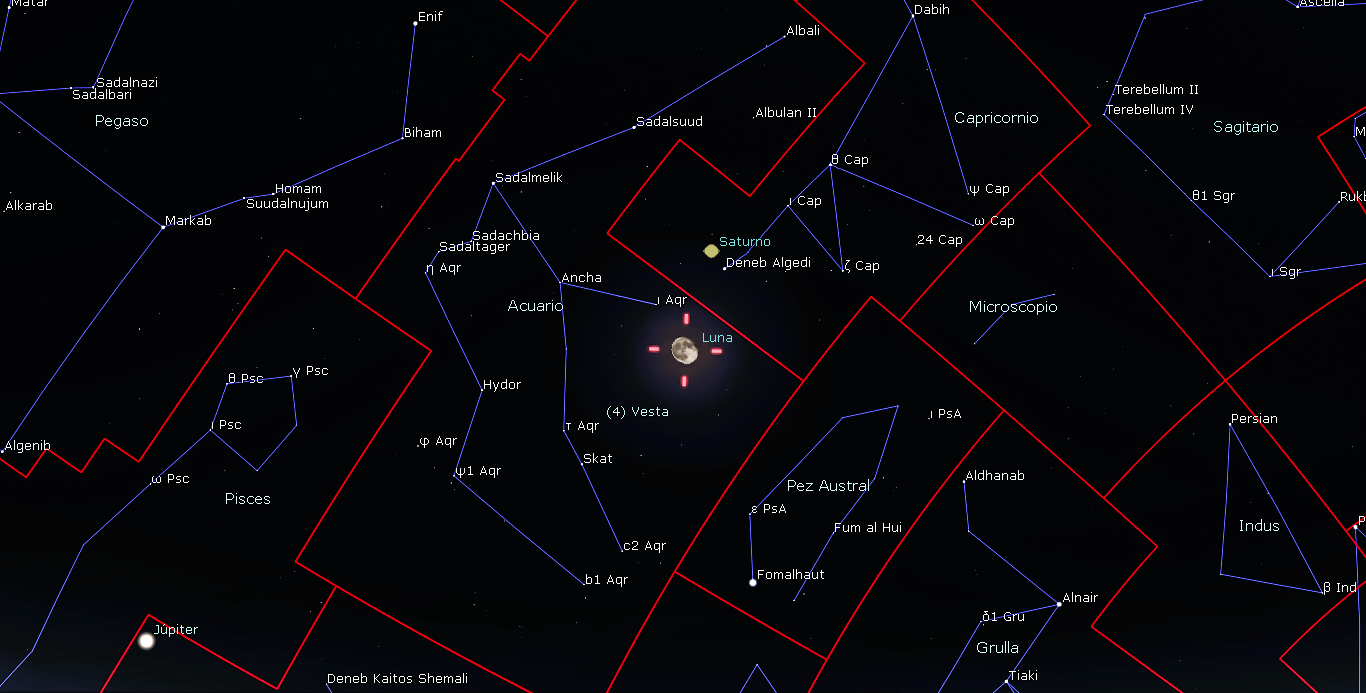 The open star cluster M11 or the Wild Duck Cluster was discovered by Gottfried Kirch of the Berlin observatory in 1681, resolved by William Derham in 1733, and included in his catalog by Messier in 1764. M11 is believed to contain about 2,900 stars, in a reduced space, which makes it a compact and very dense cluster. Despite this, its stars range from little evolved (typical spectral type B8) to evolved yellow and even red giant stars, making its age range between 220 and 500 million years. M11 is located about 6,000 light-years from Earth, in the direction of the constellation of Scutum (the Shield). 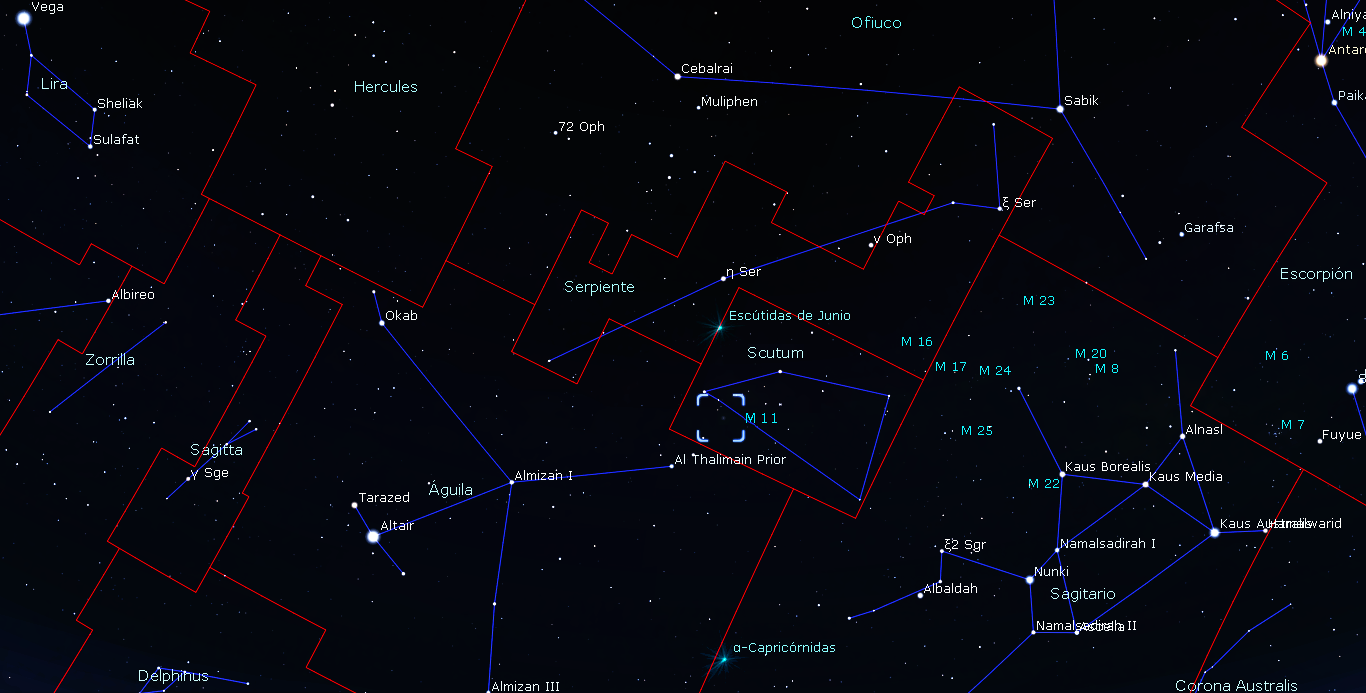 A discreet Moon and the red planet meet

This timid meeting between a waning Moon and the red planet will take place very early in the morning, although the Moon-Mars conjunction will take place at 4:46 p.m. on July 21, when the Moon passes 1° 03' north of Mars, in the direction of the constellation of Aries. 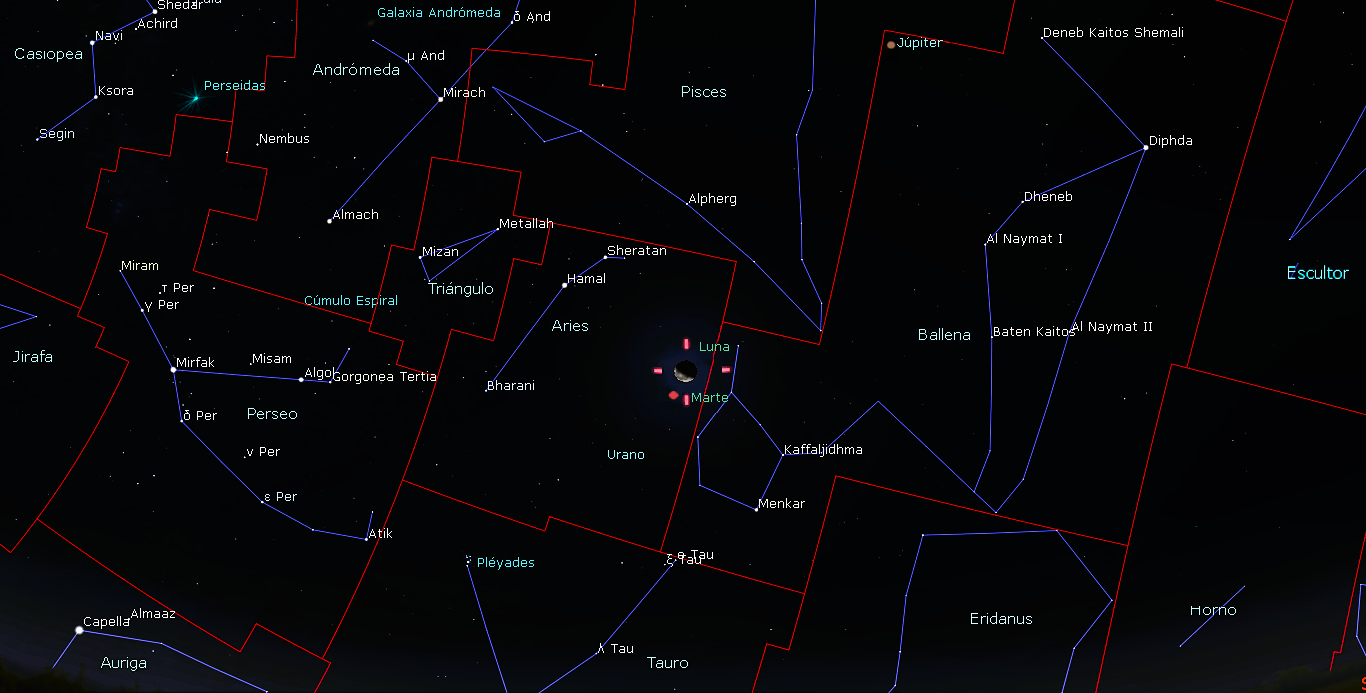 To end the month, there is no bad fifth!

The last days of July we will have five active meteor showers, so a good number of fleeting ones are expected from dawn on the 29th and until dawn on July 30th.

The Pisces Austrinids meteor shower will be active between July 15 and August 10, with its maximum on July 29. The maximum observable rate will be 5 meteors per hour, in the direction of the Pez Austral constellation.

The δ Southern Aquarids Meteor Shower will be active between July 12 and August 23, with its maximum on July 30. The maximum observable rate will be 25 meteors per hour, in the direction of the Aquarius constellation. The object that gives rise to this meteor shower is comet 96P/Machholz.

The α Capricornid meteor shower will be active between July 3 and August 15, with its maximum on July 30. The maximum observable rate will be 5 meteors per hour, in the direction of the constellation of Capricorn. The parent body of this shower is comet 169/NEAT.

The α Pisces Austrinids meteor shower will be active between July 16 and August 13, with its maximum on July 30. The maximum observable rate will be 3 to 5 meteors per hour, in the direction of the constellation of the Austral Fish.

The ι (iota) Southern Aquarids Meteor Shower will be active from July 1 to September 18, peaking on August 6. The maximum observable rate will be 7 to 8 meteors per hour, in the direction of the Aquarius constellation. 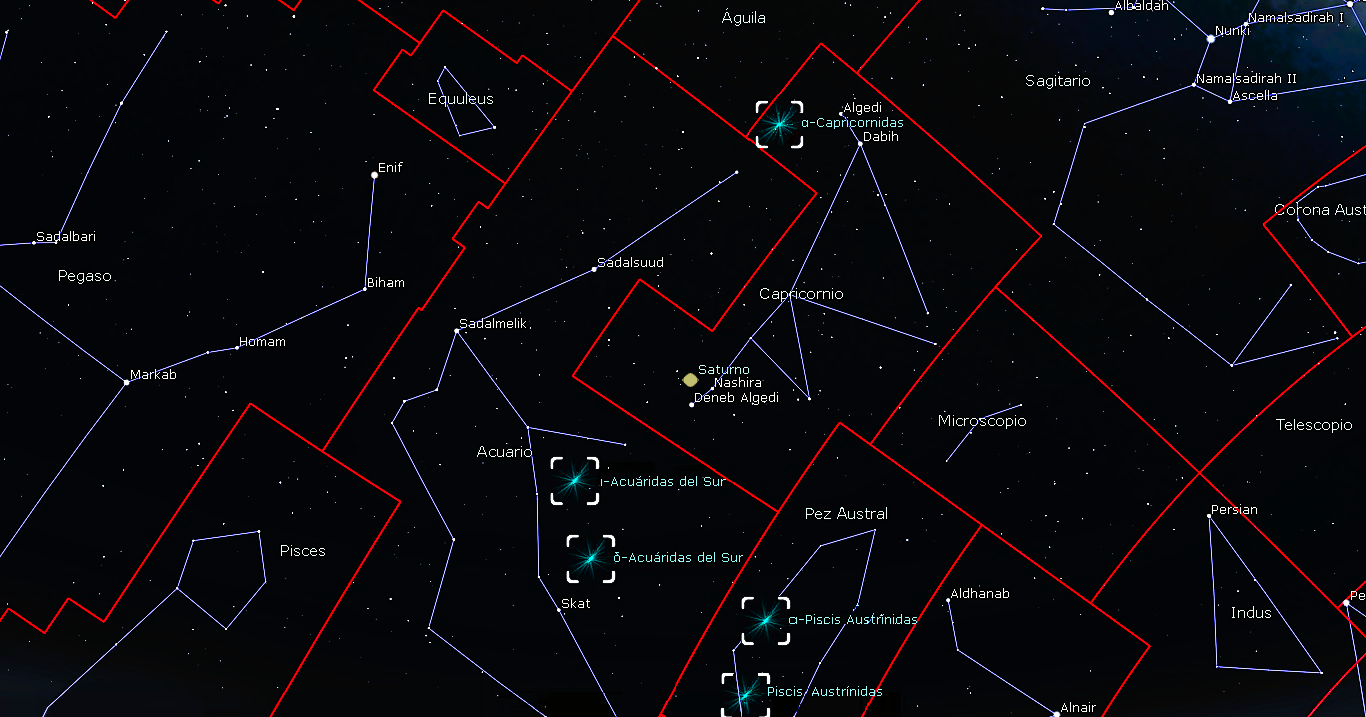 Watch the video of July events in https://youtu.be/jiNVDp83160