Astronomical events of the month of August

August is a summer month and is not considered a good month for the observation of celestial objects, however, we must remain optimistic and be alert to locate and observe an astronomical event. Here we present the most attractive ones, among them, several conjunctions, two Messier objects, a meteor shower and the challenge for this month: observe the asteroid Vesta. Of course, the phases of the Moon cannot be missing.

The Mars Science Laboratory (MSL) rover, better known as Curiosity, was launched aboard the Atlas V 541 spacecraft on November 26, 2011, and landed on August 6, 2012. The mission was approved in 2004, after the success of the Sojourner, Spirit and Opportunity rovers. Curiosity is equipped with 10 scientific instruments, weighing 75 kg, including cameras, spectrometers, radiation detectors, environmental and atmospheric sensors, all of the latest technology, which capture and study geology, the atmosphere, environmental conditions and the potential presence of microorganisms. In mars. The rover weighs 899 kg and measures 3 m long, 2.8 m wide and 2.2 m in maximum height, it also has a robotic arm that is 2.1 m long and reaches a maximum speed of 0.144 km/h. The initial cost was 650 million dollars, but due to innovations in its instruments and some delays, it is estimated that the final cost was about 2,500 million dollars. The Curiosity, together with the Perseverance, circulate around Mars and still have a lot of history to tell about the so-called Red Planet. 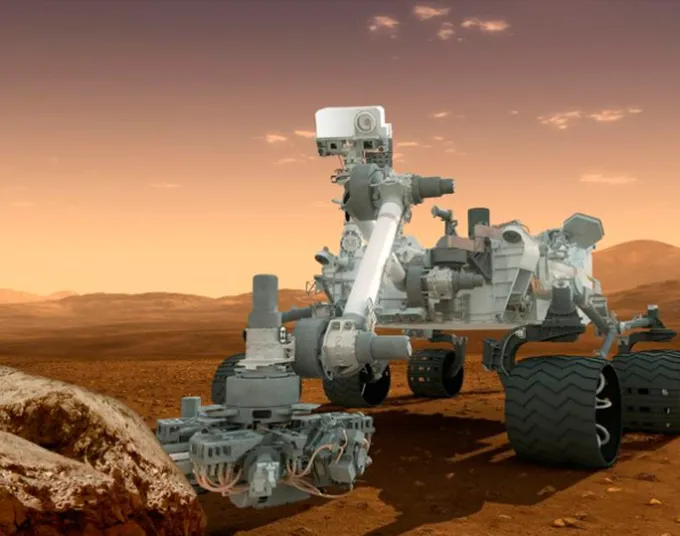 A good opportunity to identify Uranus

At dawn on the first of August, we will have the conjunction of Mars and Uranus, that is, both planets will be sharing, at that moment, one of their coordinates, the so-called Right Ascension. Mars will be 1° 22' south of Uranus, in the direction of the constellation Aries, to the east of the celestial sphere. This configuration is favorable for locating the planet Uranus, since with its magnitude of 5.8 it is usually difficult to locate, but this time the big difference is that we have the Red Planet as a reference. In principle, and with optimal environmental conditions, both planets will be visible to the naked eye. Observing them in communities and even cities, binoculars or a small telescope are enough. To identify Uranus we must look for a bluish dot near Mars. 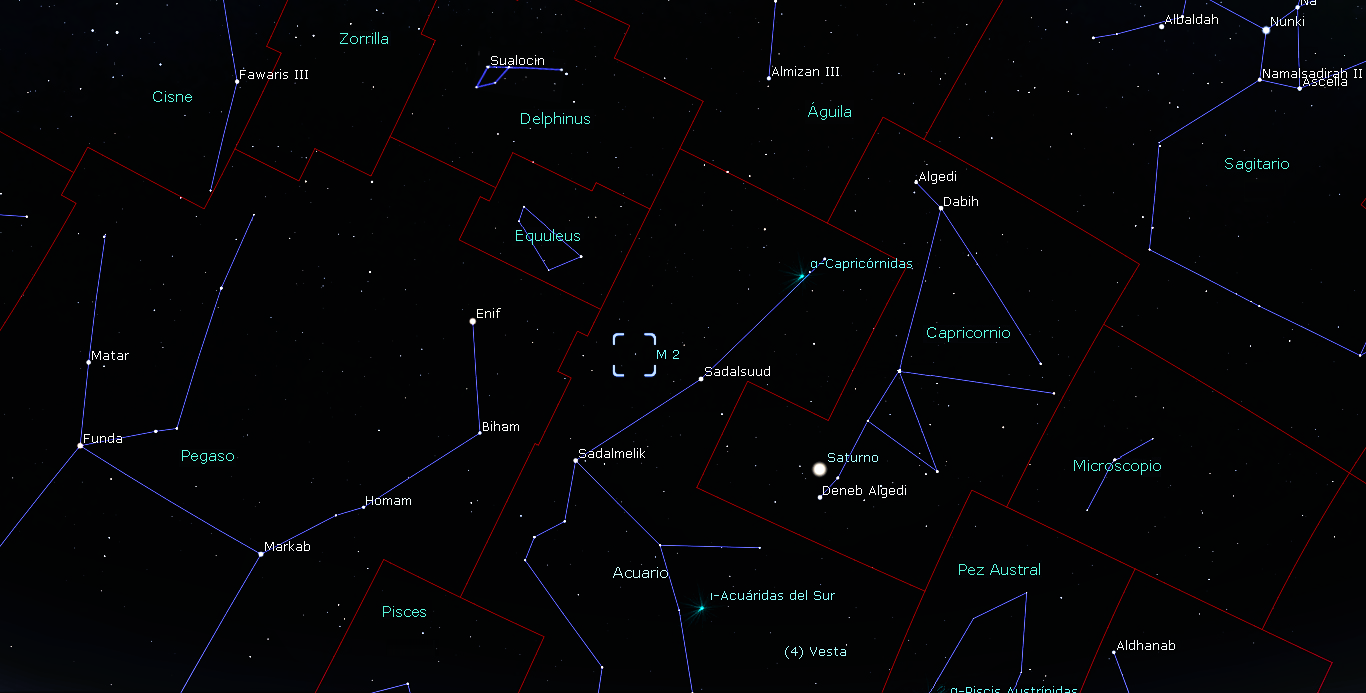 A round nebula or a comet?

This cluster was first observed by Jean-Dominique Maraldi, in 1746, when he was observing a comet with Jacques Cassini, and described it as a "round, well-defined, starless nebula", which he at first believed to be a comet. . In 1760 Messier included it in his famous catalogue, but it was not until 1783 that William Herschel actually identified it as a globular star cluster. M2 is about 37,500 light-years away, has a diameter of about 175 light-years, and contains about 150,000 stars. An age of at least 13 billion years has been associated with it. The cluster M2 is located in the direction of the constellation of Aquarius, towards the east of the celestial sphere. With the help of binoculars or a small telescope you will see it as one of the most spectacular clusters that inhabit the sky.

The spectacular Perseids are already here

The Perseid meteor shower will be active between July 17 and August 24, with its maximum on August 12. The maximum observable rate will be 150 meteors per hour, in the direction of the Perseus constellation. The rain will have its maximum around 9:00 p.m. on August 12, so the best time to enjoy this event will be at dusk on August 12 and at dawn on August 13, towards the northeastern part of the celestial sphere and from preferably in dimly lit places. 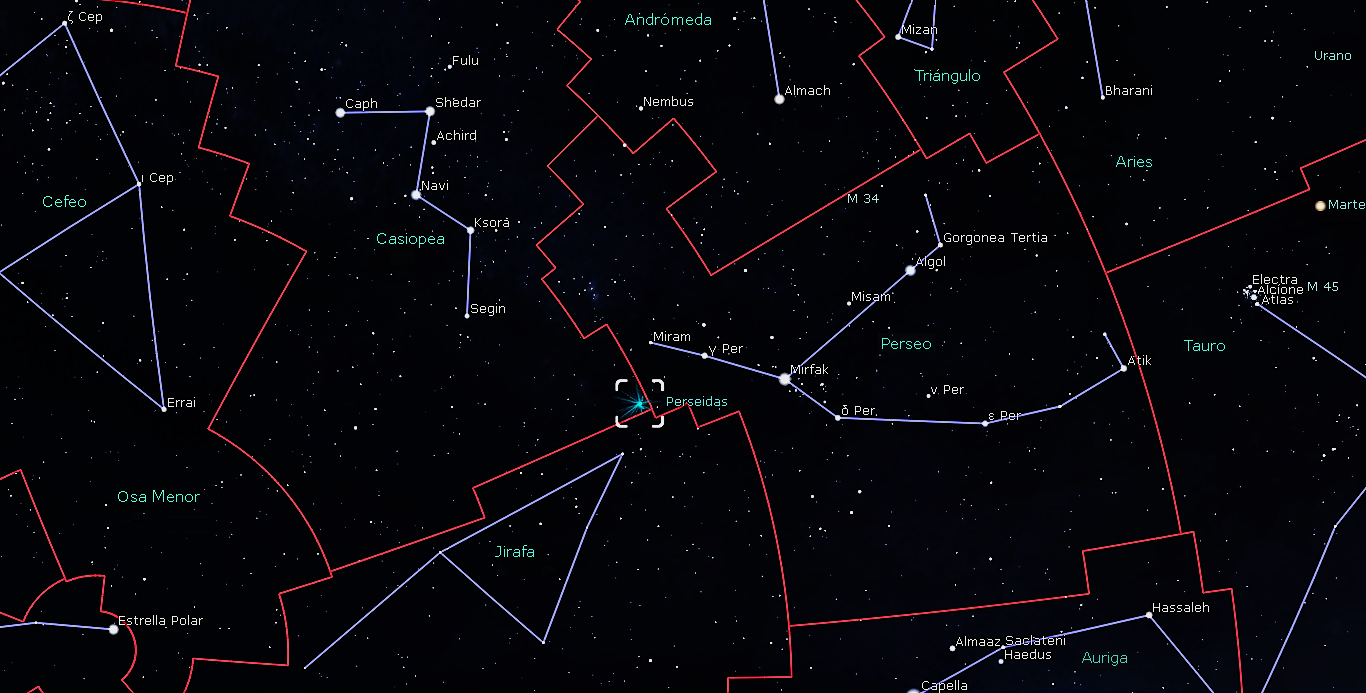 The Moon shares a coordinate with Saturn, Jupiter and Mars 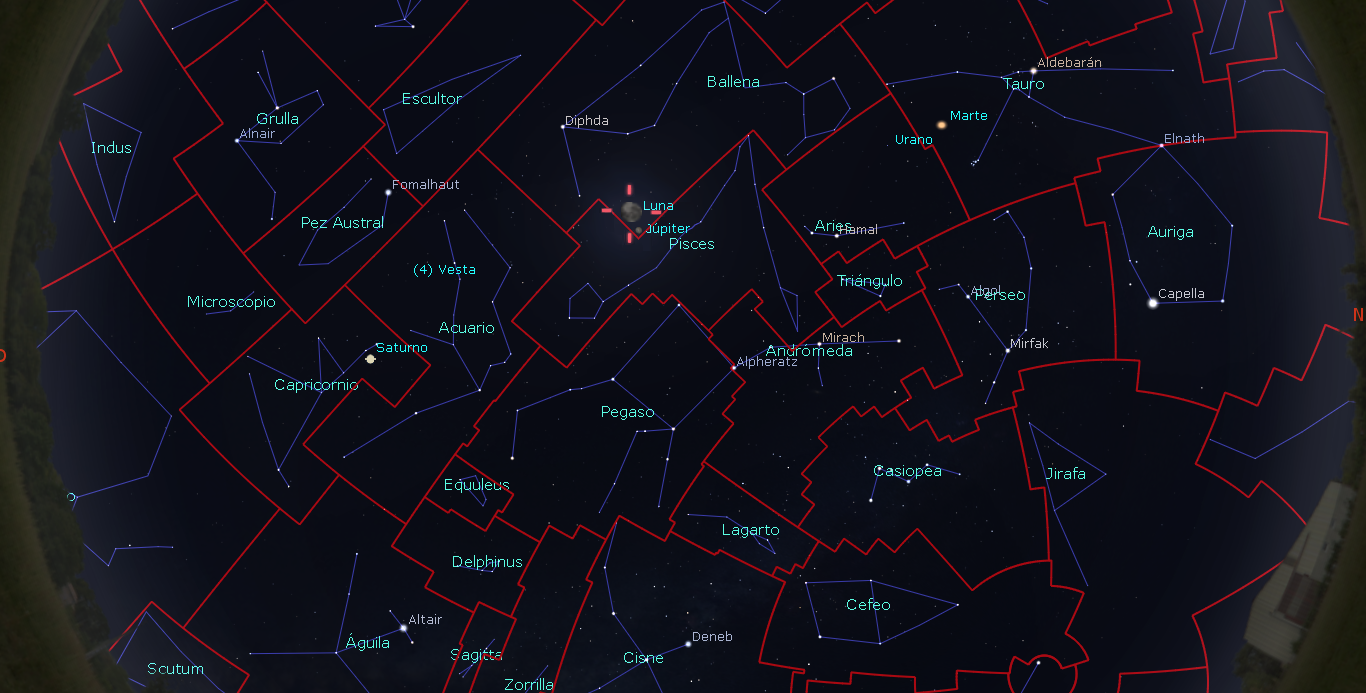 In Roman mythology, Vesta was the goddess of the hearth; she daughter of Saturn and Ops, sister of Jupiter, Neptune, Pluto, Juno and Ceres. Meanwhile, in Greek mythology, Vesta personified the fire of the home; daughter of Kronos and Rhea. Either way, Vesta represents fidelity.

The asteroid that bears her name is the brightest of all, being the only asteroid visible to the naked eye; it is the second in mass and third in size (its average diameter is 520 km). Vesta belongs to the Main Asteroid Belt, located between Mars and Jupiter, is 2.5 astronomical units from the Sun and its year is equivalent to 3.6 Earth years. The asteroid has a huge crater at the south pole, 460 km wide and 13 km deep, which is the result of a recent collision, about a billion years ago or less. Astronomers believe that this crater may be the origin of the small V-type or Vestoid asteroids known today. It has been determined that 5% of the meteorites found on Earth come from this impact. On August 22 at 11:58 a.m., the asteroid 4 Vesta will be in opposition, only 1,285 astronomical units from us and reaching a maximum magnitude of 6.1, in the direction of the constellation of Aquarius, towards the southeastern part of the celestial sphere.

An extraordinary concentration of stars

The globular cluster M15 or Pegasus Cluster was first seen by Jean-Dominique Maraldi in 1746, who described it as a "rather bright nebulous star". A couple of decades later, Charles Messier included it in his catalog making the annotation "It is a nebulous object of about 3 minutes of arc, in it I have not distinguished any star". Sir William Herschel was the first to resolve it as a star cluster. M15 is located about 33,600 light years away from us, with a diameter of about 175 light years, but the concentration of stars (30,000) occurs within a couple of tens of light years; an age of about 13.2 billion years has been estimated by studies of its very low metallicity and it is believed to be the densest globular cluster in the entire Milky Way. Another peculiarity of M15 was the first cluster to present a planetary nebula, called Pease 1. The cluster will be well located for observation most of the night in the constellation Pegasus, to the east of the celestial sphere. 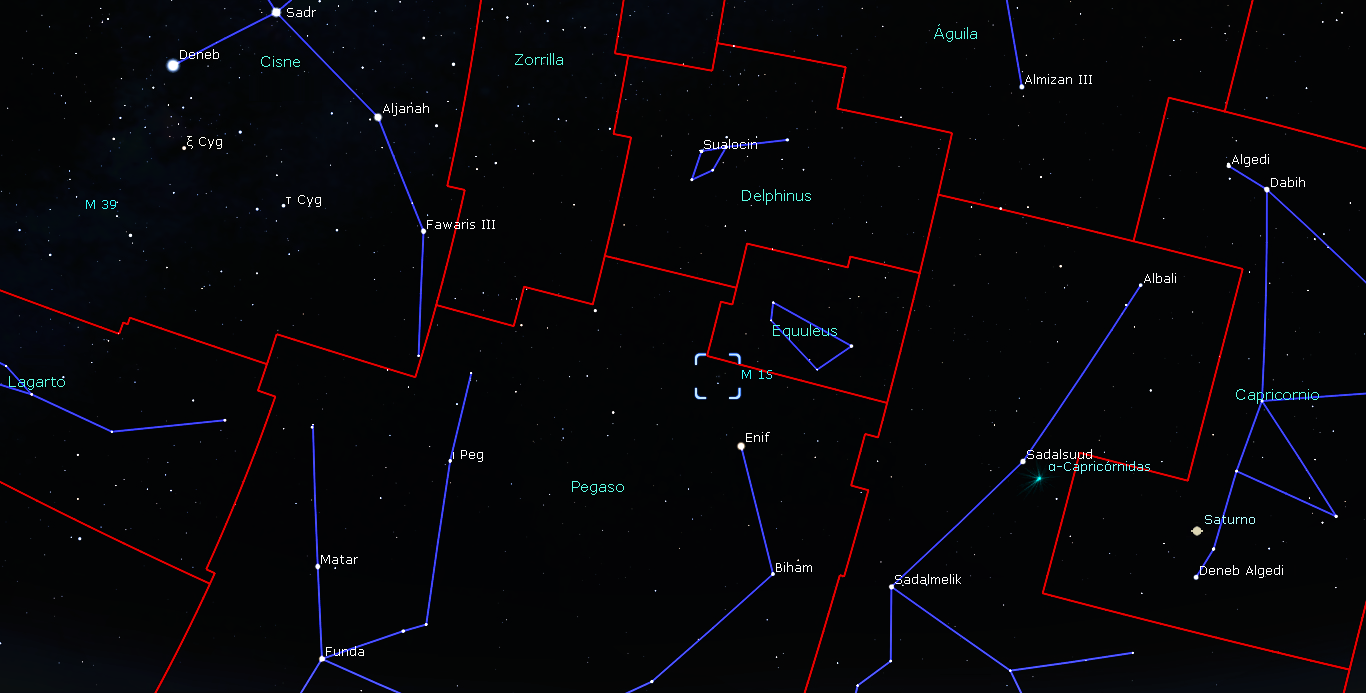