Ceremony of the 35th anniversary of the OAGH in Cananea

Cananea, Sonora, September 7th, 2022.- Today, with the assistance of authorities from different institutions, researchers and staff from the National Institute of Astrophysics, Optics and Electronics (INAOE), as well as guests, the commemorative activities of the 35th anniversary of the Guillermo Haro Astrophysical Observatory (OAGH) started in Cananea, Sonora. 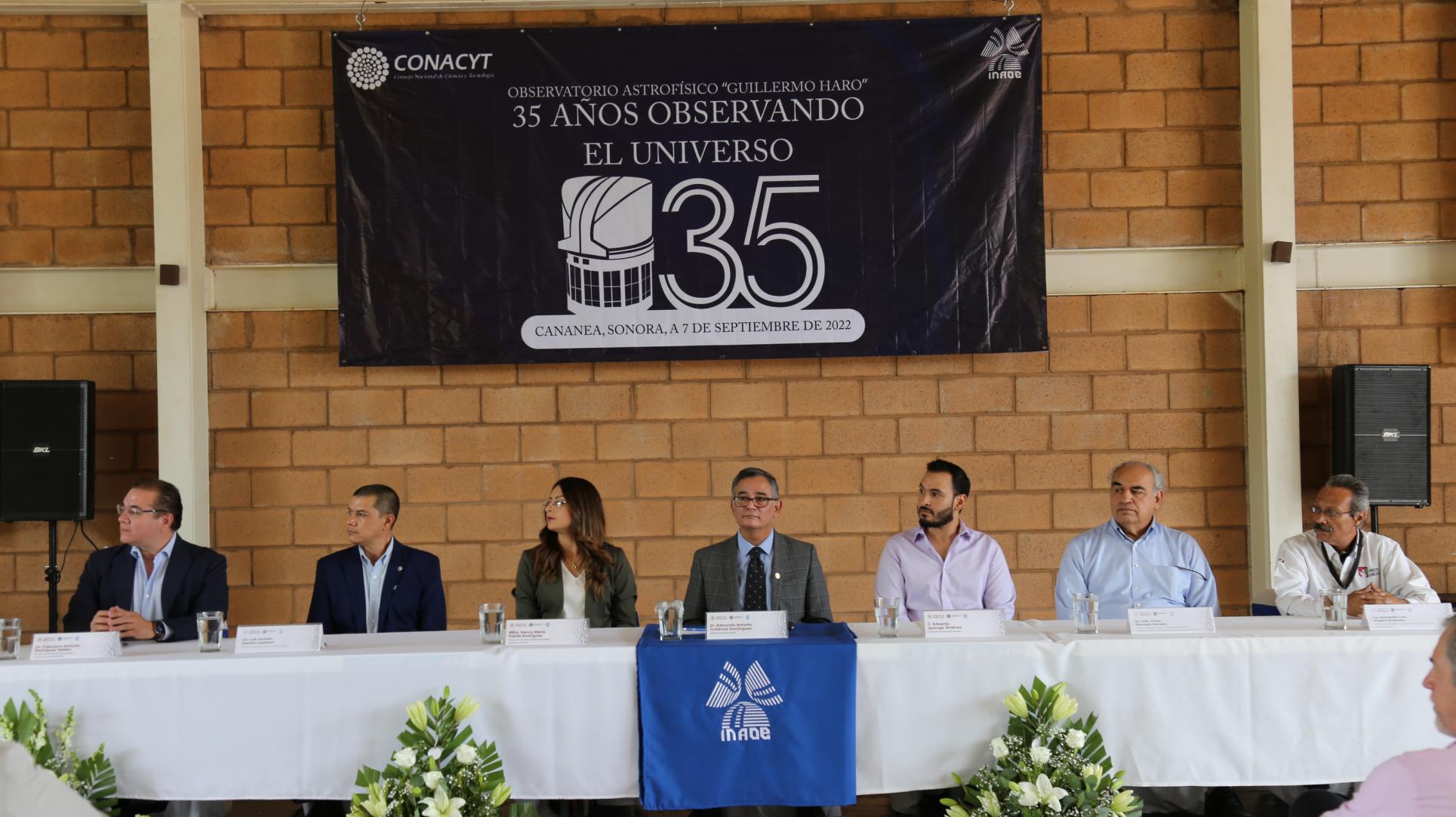 At the ceremony, Dr. Edmundo Gutiérrez Domínguez, general director of the INAOE, thanked and highlighted the work of all the people who have been part of the OAGH over these 35 years. He stated: "this observatory represents and expresses feelings, spirit, work and the desires of many Mexicans, who seek a present and a future where science and technology are a pillar of social welfare." 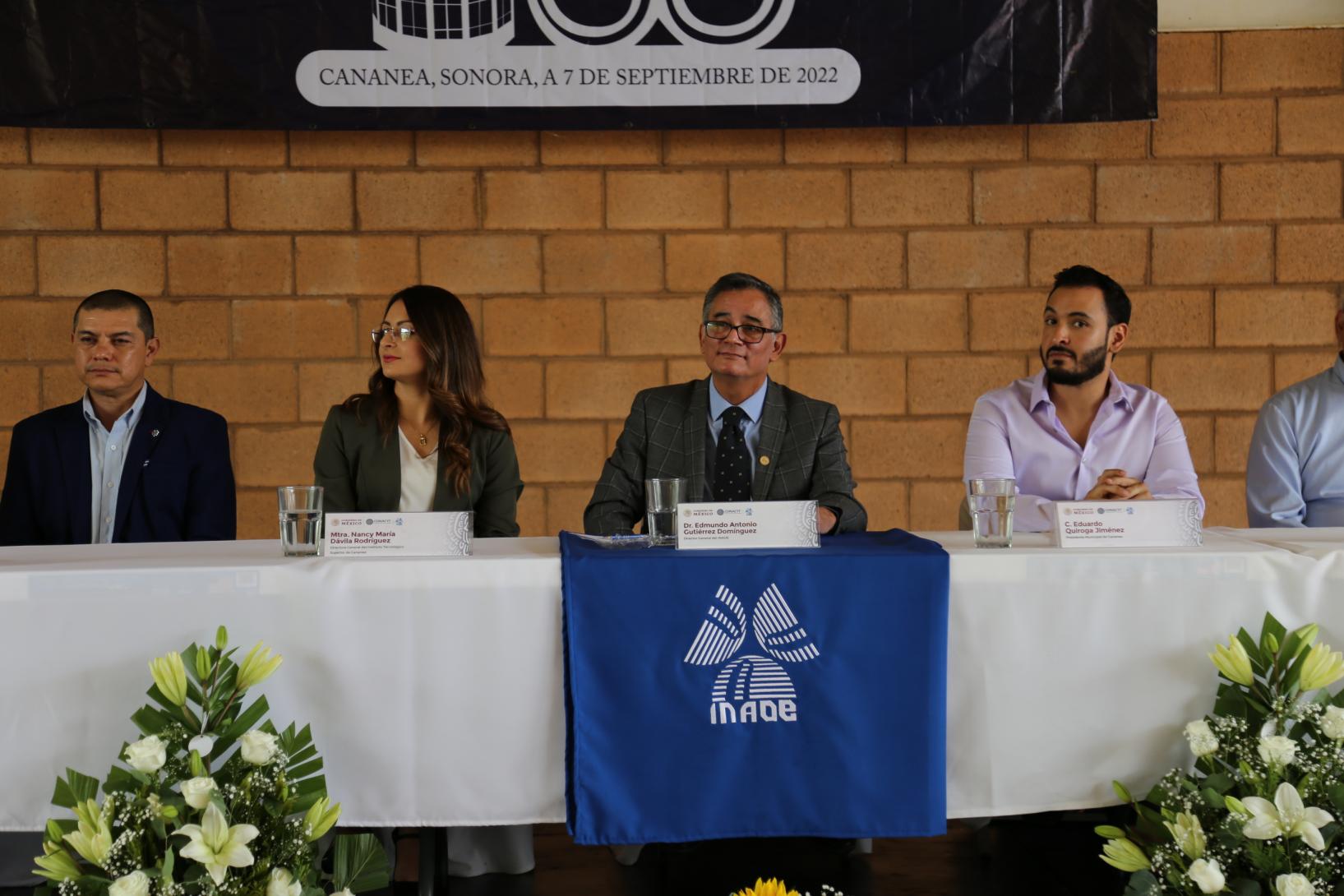 He stressed that the OAGH was born from the spirit of Guillermo Haro Barraza, a man with great vision, concern and occupation to build a scientific instrument for the use of astronomers from the country and from other countries. He thanked the inhabitants of Cananea, Sonora, for being the cradle of this observatory, which continues to receive researchers to observe the Universe. 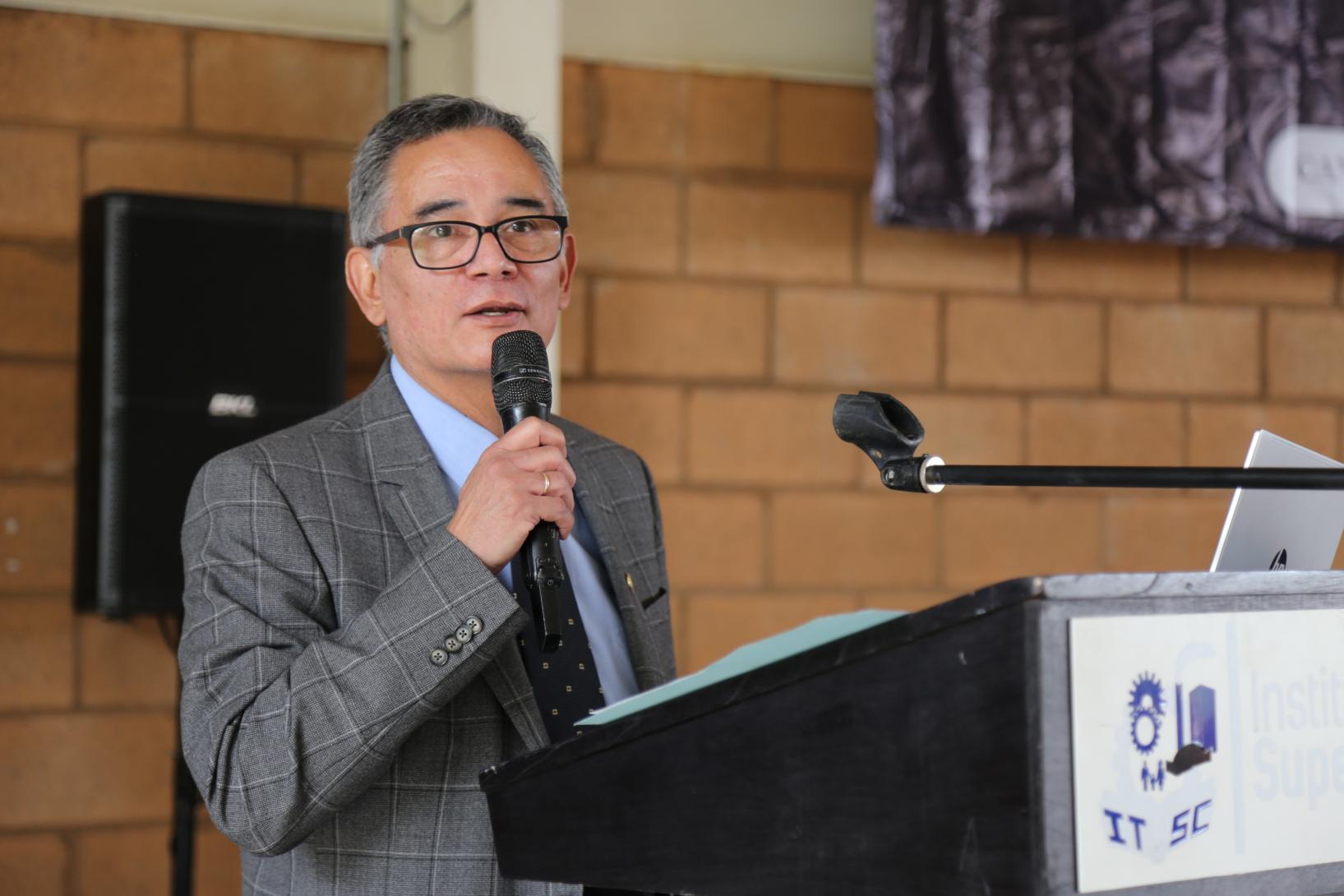 “There are many people involved in the construction and evolution of this observatory, who accompanied Guillermo Haro in this scientific dream, I would like to mention Alejandro Cornejo, Luis Carrasco and Jorge Pedraza. As well as those who are no longer present such as José Luis Alva and José de la Herrán. Today it is and has been a social articulation of science and technology or, in other words, astronomical innovation”, Dr. Gutiérrez said in his speech.

The Mexican writer Elena Poniatowska sent a message highlighting the figure of Guillermo Haro as a leader in science. 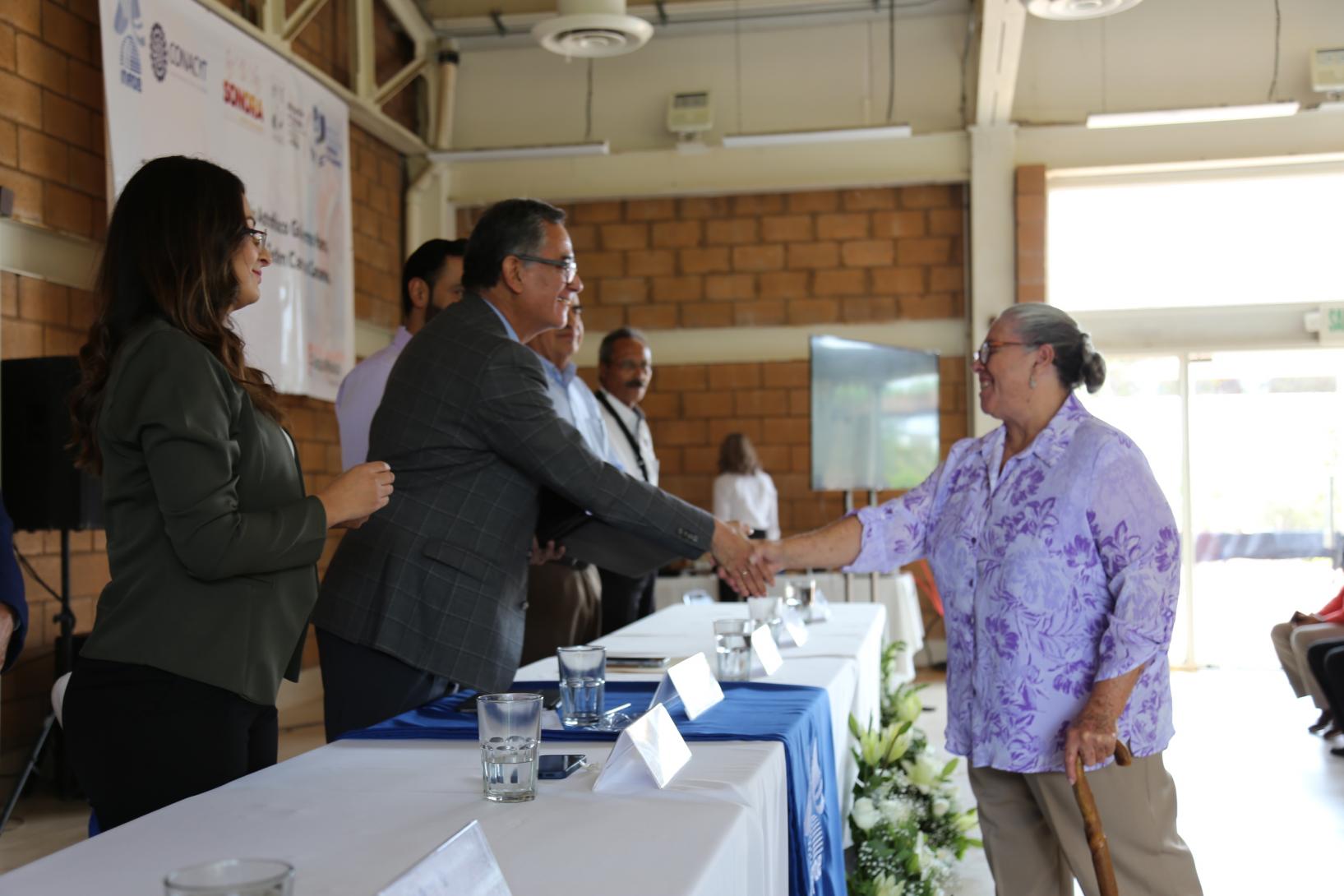 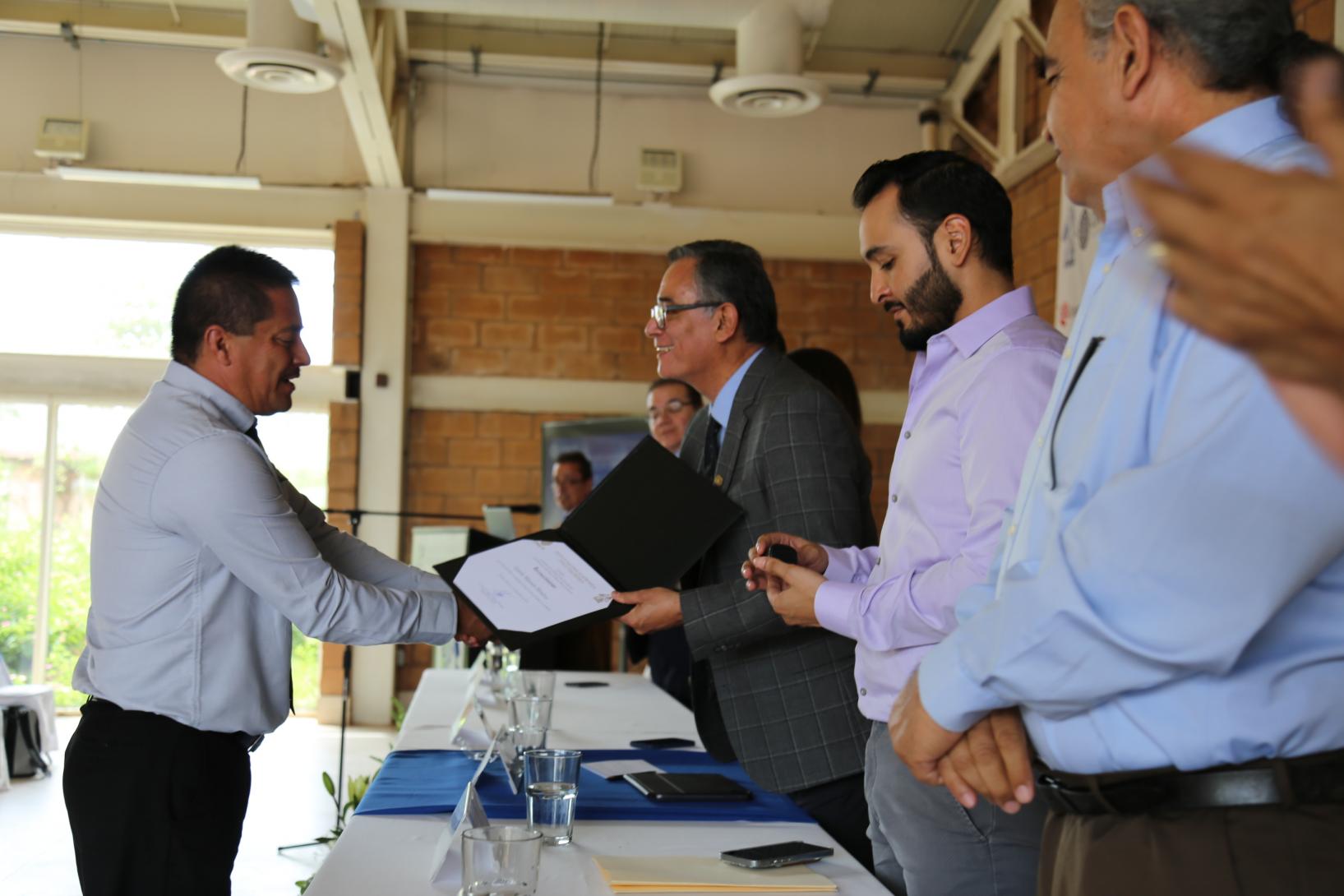 Through a brief review of the history of the OAGH, from its conception to its current state, Dr. Raúl Mújica García, a researcher at the INAOE Astrophysics Coordination, listed the challenges imposed by a large-scale project such as the Cananea telescope. He highlighted the astronomical achievements in its 35 years of existence, as well as the instrumental developments, the international collaborations and the impact of the training of human resources and the public appropriation of science. 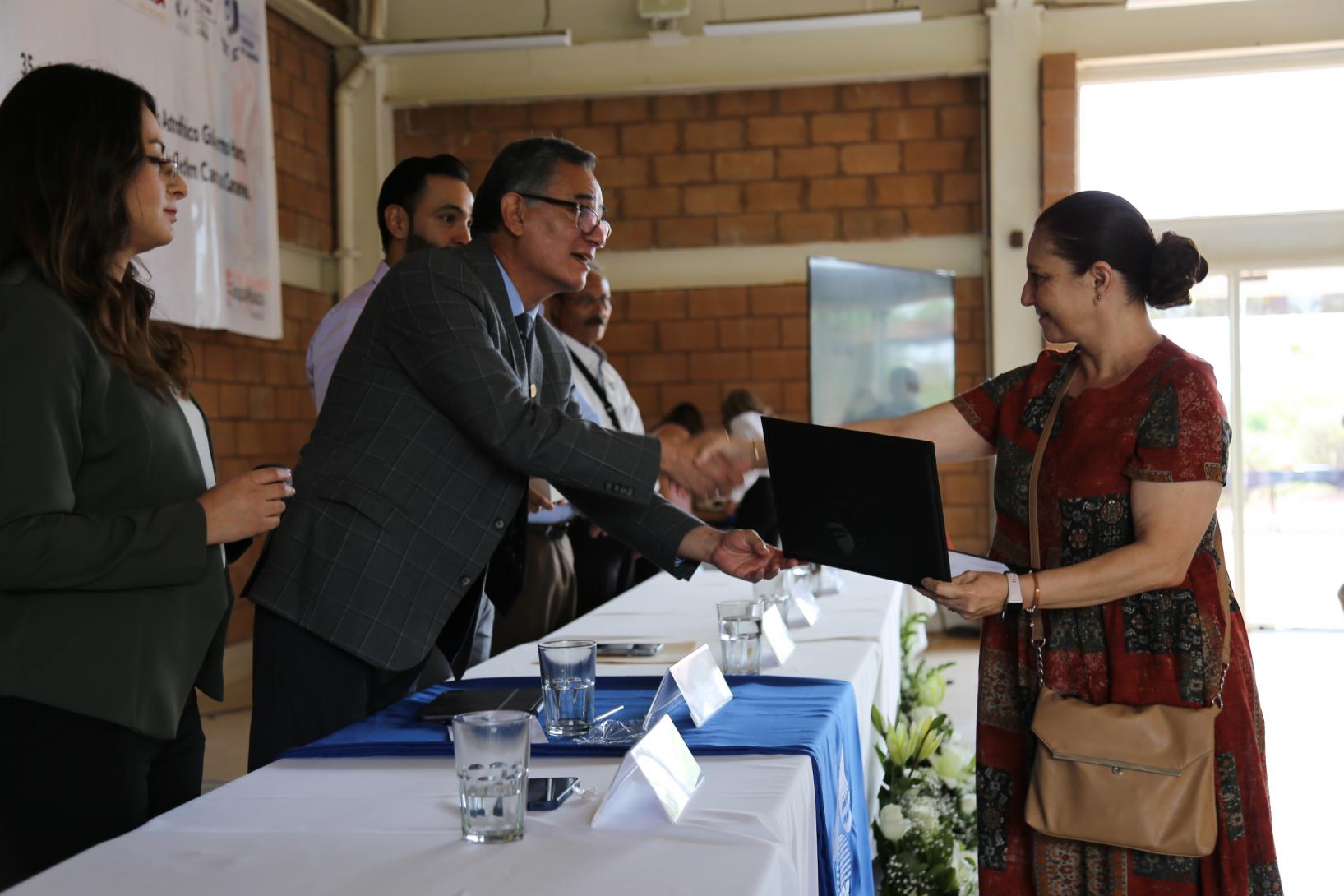 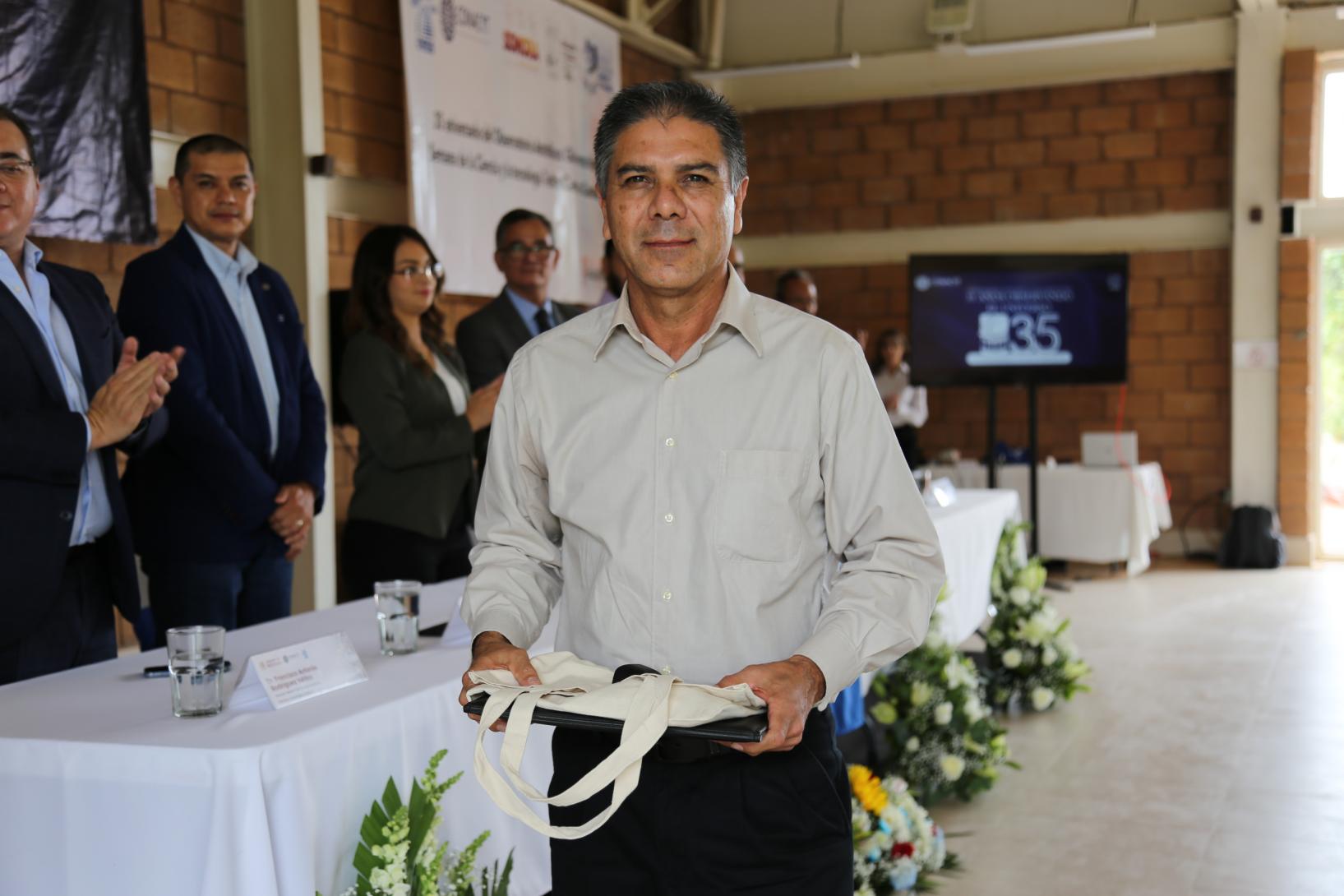 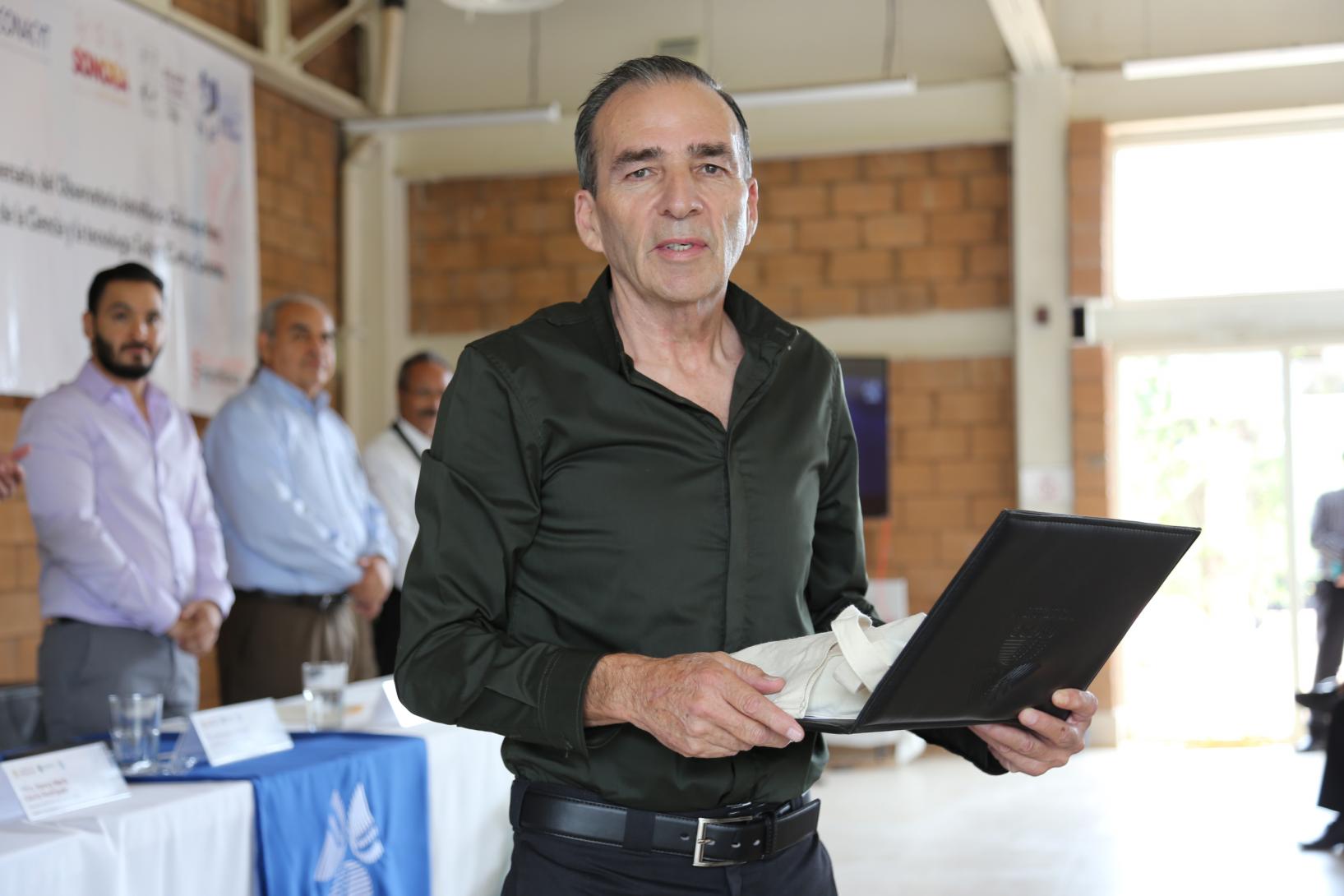 At the end of the ceremony, the postal stamp for the 35th anniversary of the Guillermo Haro Astrophysical Observatory was canceled, as well as the unveiling of the plaque of this great event, where Dr. Alejandro Cornejo Rodríguez, INAOE Researcher Emeritus, once again highlighted the participation of several of the aforementioned personalities as well as all the OAGH workers, without whom the operation of this great astronomical instrument would not be possible. 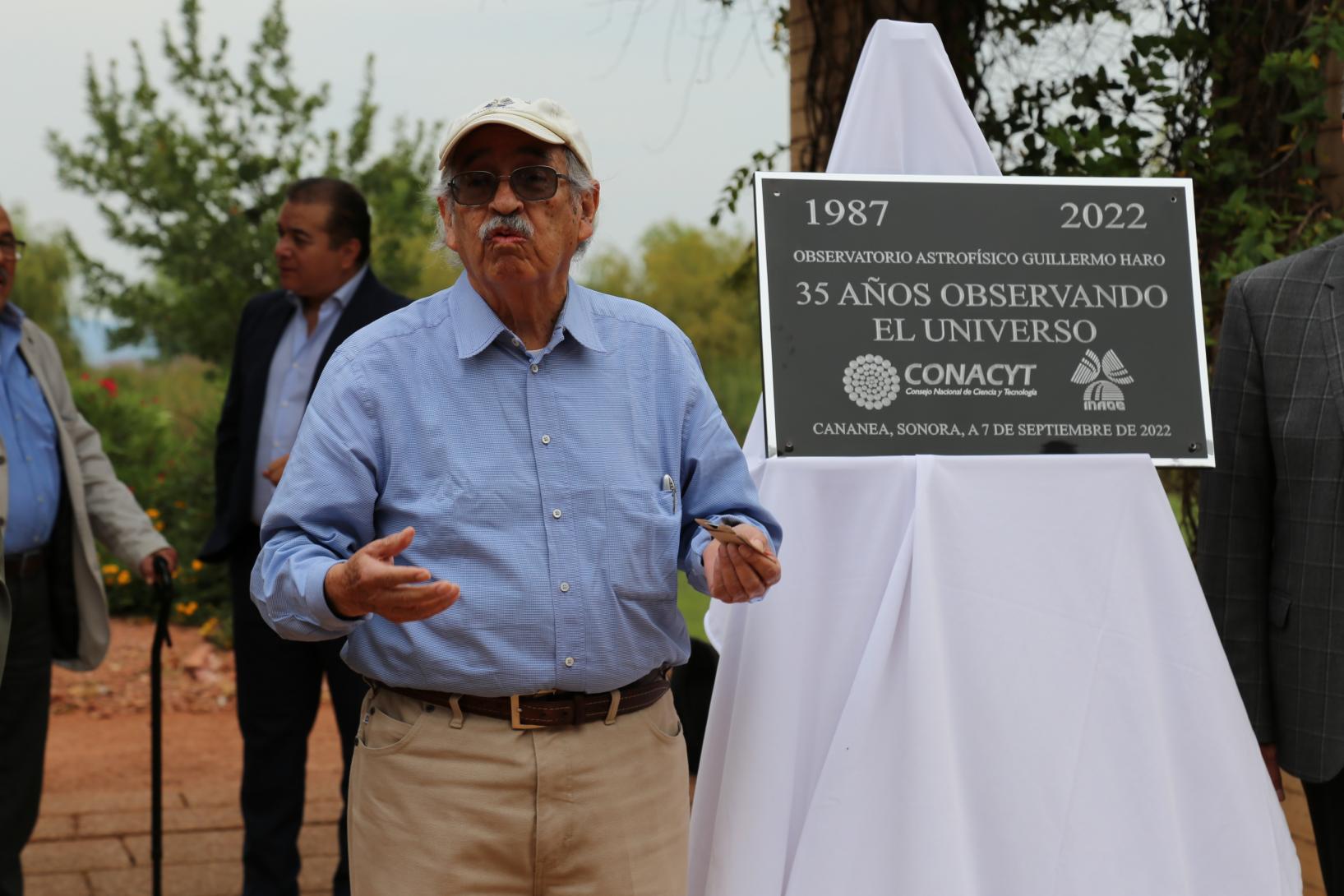 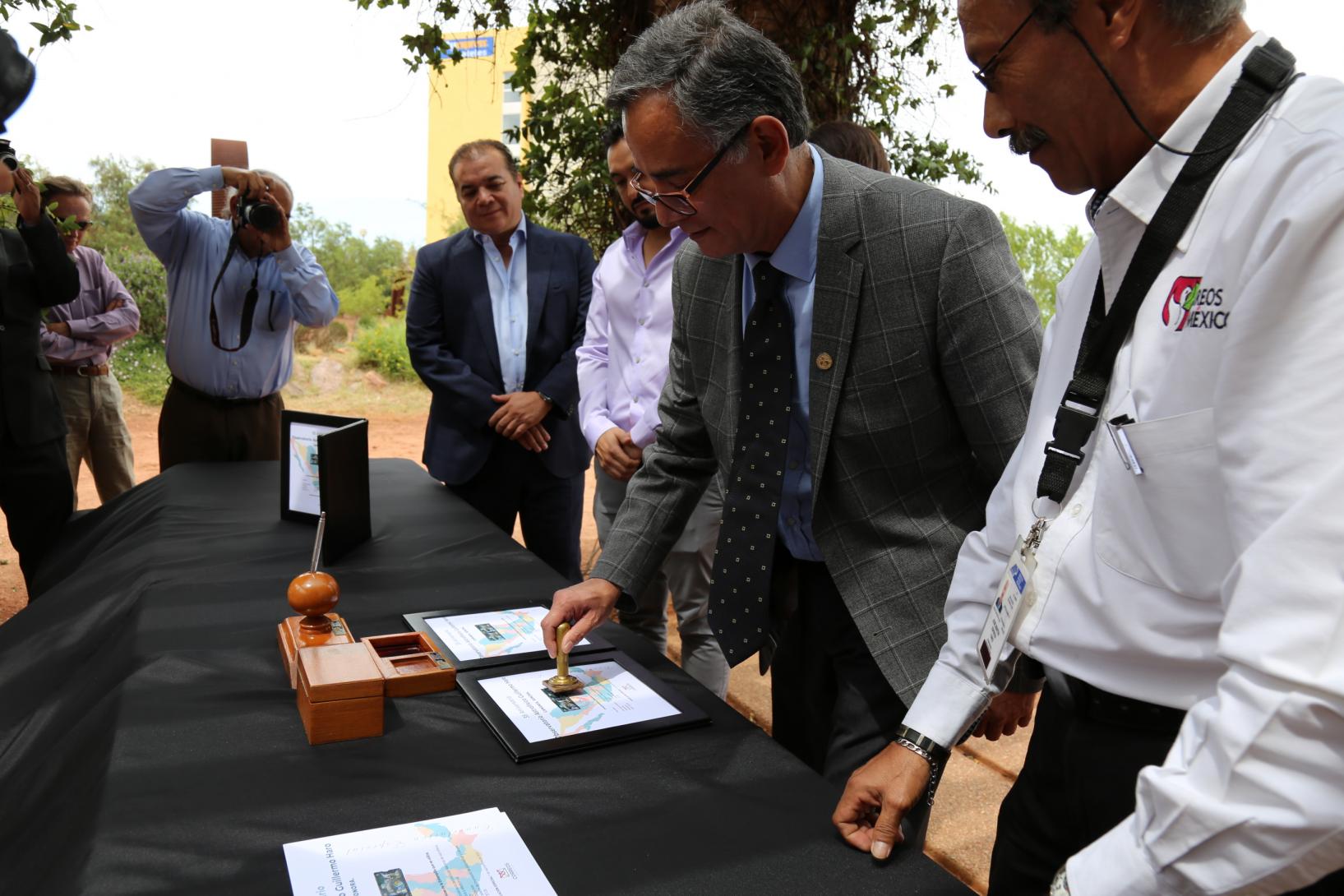 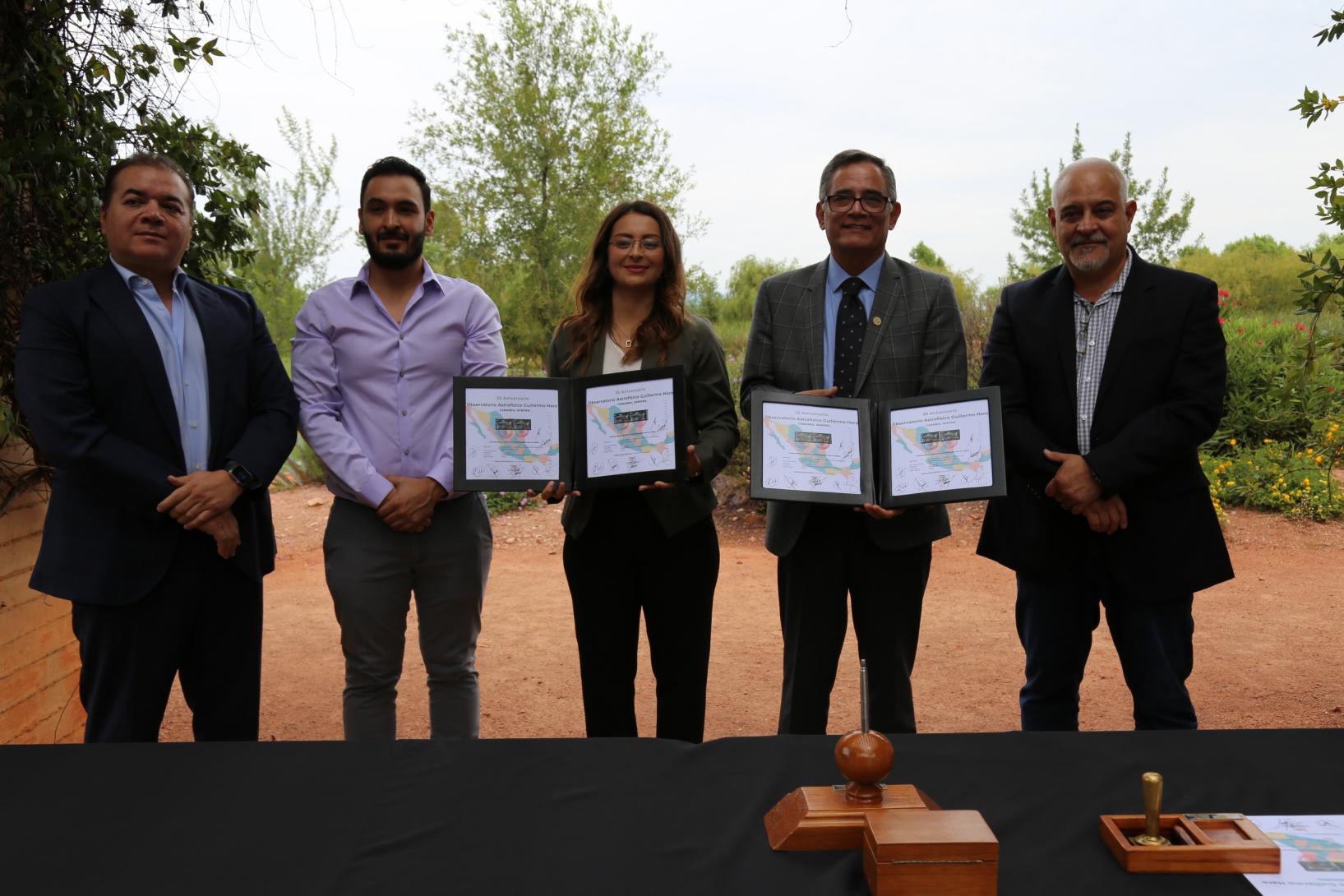 The Guillermo Haro Observatory represents and expresses feelings, spirit, work, and of course the desires of many Mexicans who seek a present and future where science and technology are a pillar of the country's well-being.

The Guillermo Haro Observatory was born, precisely, from the spirit and heart of a great man with vision, concern and occupation in building a scientific instrument for the use of Mexican and foreign astronomers.

It was a great train of illusions that Dr. Guillermo Haro had already gotten on since the remote times when, together with Luis Enrique Erro, he visualized the creation of the National Institute of Astrophysics, Optics and Electronics (INAOE) almost 51 years.

This is how, in the mid-1980s, the idea of ​​creating the Astrophysical Observatory in Cananea, Sonora, began to emerge, beginning with the design and integration of different components, some brought from abroad, but others completely designed, built, tested and assembled. in Mexico by Mexican technicians, engineers and scientists. There are many names of characters involved, and due to my limited temporal and spatial vision, I could not mention them all. I can mention some names of those present here: Alejandro Cornejo, Luis Carrasco, others not present such as Jorge Pedraza, and some who have already flown back to the Universe, such as Pepe Alva and recently José de la Herrán.

Guillermo Haro begins to materialize the dream of building a scientific instrument with Mexican knowledge and tasks. It was already then what is known today as the social articulation of science and technology or innovation, that is, the transfer of knowledge and technology to society. It is in this adventure that Guillermo Haro sees the enormous need to apply science and technology, not only at the service of the scientific community itself, but of society in general. For this reason, the work of the Guillermo Haro Astrophysical Observatory endures as an example of the great potential of Mexican society.

I do not want to leave my voice without first mentioning, perhaps not by name, but because of his legacy and scientific commitment, of all the Mexican astronomers, opticians, electronics, mechanics, instrumentalists, technicians and administrators who were, and some continue to be, involved in the design, construction, operation and maintenance of the Guillermo Haro Astrophysical Observatory in Cananea. And of course, recognize the great work of our Inaoense colleagues in Cananea, who suffer, enjoy and make the Observatory work. They are like the blood that flows through the veins of the telescope.

Thank you very much.