During his talk, he shared with INAOE students and researchers past successes and obstacles, as well as upcoming challenges with current/new humanitarian engineering projects. After a 6-year presence in Haiti, installing solar power at remote schools under an alternative Spring Break model, Ohio State students, through Solar Education and Outreach (SolarEO), were without a solar-powered humanitarian engineering opportunity. After 3-years and tremendous effort and planning, three new significant humanitarian engineering projects finally emerged. The first one is Solar Engineering Service-Learning in Tanzania. He traveled pre-Covid to Arusha, Tanzania, with a group of engineering students from different majors to design, to build and install a solar powered LED lighting system for an orphanage dormitory.

The second is IEEE HAC/EDS solar/water funded. Dr. Berger currently leads a project to provide solar powered water desalinization for the indigenous Wayúu peoples living in the La Guajira peninsula desert with Universidad del Norte in Barranquilla, Colombia that was Covid-19 delayed, but expected to wrap up in 2022. And the third one is Solar Engineering Service-Learning on Navajo Nation. Berger will take a team of students to the Black Mesa territory in northern Arizona to install solar powered water solutions for the Diné  peoples in May 2023. 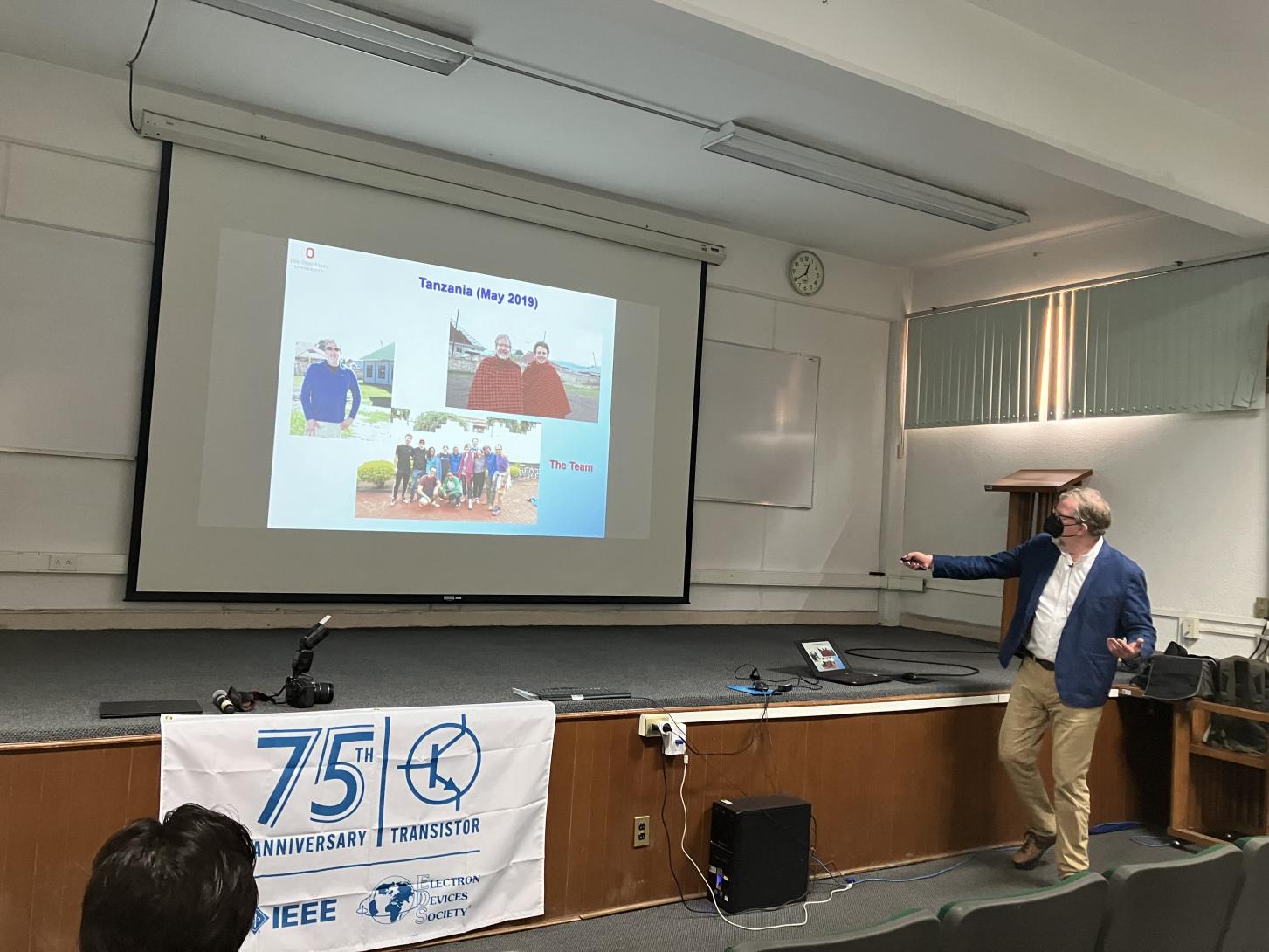 Paul R. Berger is a Professor in Electrical & Computer Engineering at Ohio State University and Physics. He is also a Distinguished Visiting Professor at Tampere University in Finland. He received the B.S.E. in engineering physics, and the M.S.E. and Ph.D. (1990) in electrical engineering, respectively, all from the University of Michigan, Ann Arbor. Currently, Dr. Berger is actively working on quantum tunneling devices, printable semiconductor devices & circuits for IoT, bioelectronics, novel devices, novel semiconductors and applied physics.Formerly, he worked at Bell Laboratories, Murray Hill, NJ (1990-1992) and taught at the University of Delaware in Electrical and Computer Engineering (1992-2000). In 1999, Prof. Berger took a sabbatical leave while working first at the Max-Planck Institute for Polymer Research, Mainz, Germany and then moved on to Cambridge Display Technology, Ltd., Cambridge, United Kingdom. In 2008, Prof. Berger spent an extended sabbatical leave at IMEC (Interuniversity Microelectronics Center) in Leuven, Belgium while appointed as a Visiting Professor in the Department of Metallurgy and Materials Engineering, Katholieke Universiteit Leuven, Belgium. Prof. Berger was also a Finnish Distinguished Professor (FiDiPro) at Tampere University of Technology (2014-2019), and he continues as a Fulbright-Nokia Distinguished Chair in Information and Communications Technologies (2020-2022) with the newly merged Tampere University.

He has authored over ~250 referred publications and presentations with another ~115 plenary, keynote, panelist, invited talks, 5 book sections and been issued 25 patents with a Google Scholar H-index of 37. Some notable recognitions for Dr. Berger were an NSF CAREER Award (1996), a DARPA ULTRA Sustained Excellence Award (1998), a Faculty Diversity Excellence Award (2009) and Outstanding Engineering Educator for State of Ohio (2014). He has been on the Program and Advisory Committees of numerous conferences, including the IEDM, EDTM, IFETC, DRC, EMC, ISDRS, CSTIC, CPTIC and IFSOE meetings. More recently Berger hosted as General Chair the 2021 International Flexible Electronics Technology Conference (IFETC) meeting and was selected as the Founding Editor- in-Chief for the IEEE Journal on Flexible Electronics.

He currently is the Vice Chair of IEEE Columbus, which won the 2022 Best Chapter award (Medium-sized); Chair of the Columbus IEEE EDS/Photonics Chapter; and Faculty Advisor to Ohio State’s IEEE Student Chapter. In addition, he is an elected member-at-large to the IEEE EDS Board of Governors (19’-24’), where he was the seminal Vice President of Strategic Directions (20’-21’) and now Chair of the Ad Hoc EDS Future Directions Committee (22’- 23’). Berger is on the Steering Committees of the IEEE Future Directions communities, Brain and Quantum. Berger is also an EDS Representative to the IEEE Diversity and Inclusion Committee (2022); IEEE TAB Ad Hoc Climate Change Committee (2022-2023), and a member of the Women in EDS Committee (2022-2023).

He is an IEEE EDS Fellow (2011) and Distinguished Lecturer (since 2011), as well as a Senior member of the Optical Society of America. He has received >$9.9M in USA funding as lead PI, with an additional >$26M as Co-PI in USA and >€10.1M in funding through his Finnish partnerships. Altogether, he has received ~$49.4M in research funding. 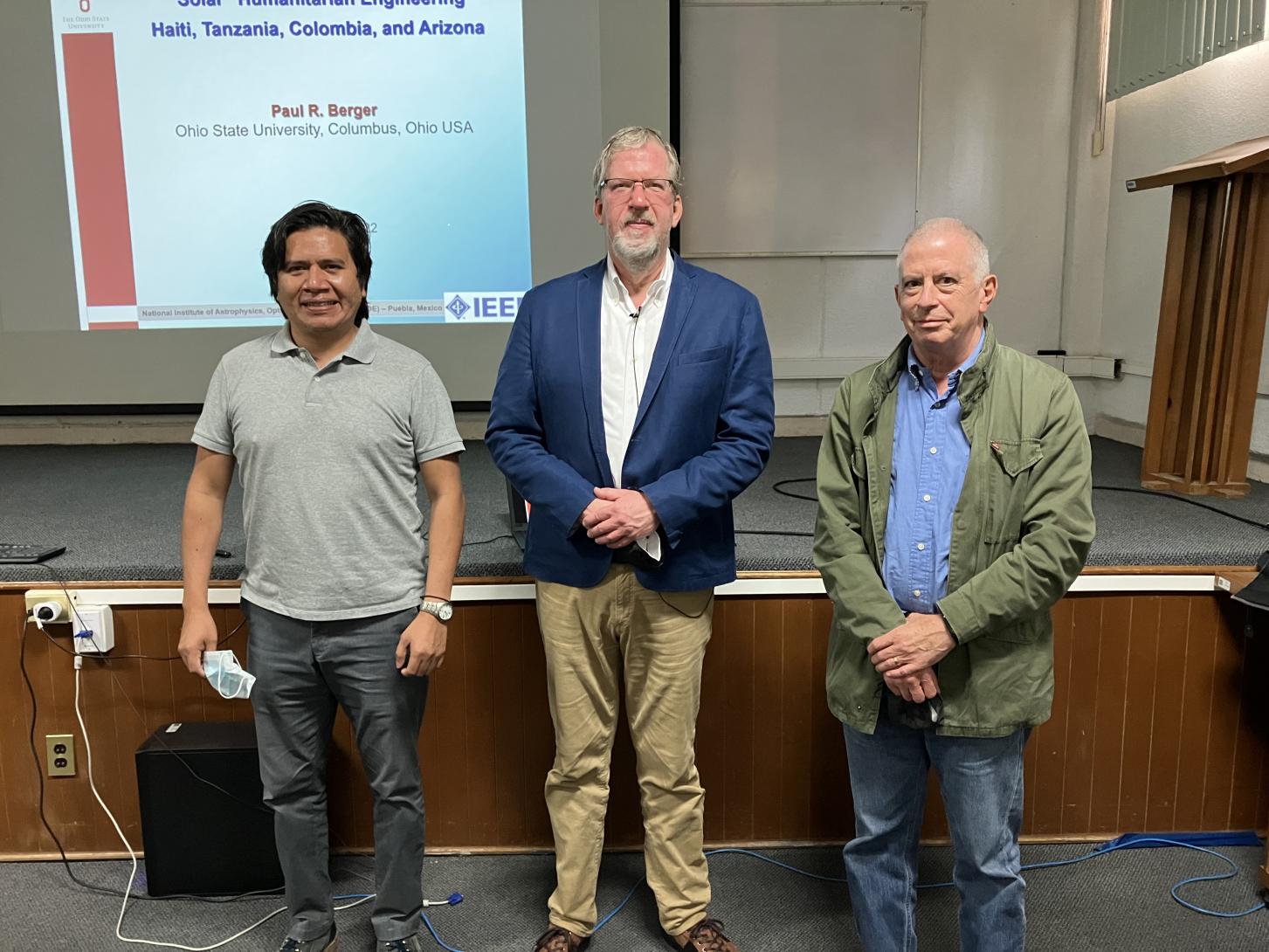