This month we celebrate World Space Week, here we tell you a little about the history and when it will take place. At this time of year, we will have the opportunity to observe the Andromeda galaxy and the Triangulum galaxy. We will have the visit of the Moon to the two giant planets of the solar system and to Mars. In addition, if conditions allow it, we can enjoy the Orionids meteor shower and as a challenge of the month you can take on the task of locating the famous Double Perseus Cluster. We cannot ignore the phases of the Moon.

The conquest of space

The space age and the great race to conquer space began on October 4, 1957 with the launch of the artificial satellite Sputnik-1 of the former Union of Soviet Socialist Republics (USSR). In commemoration of this event, the international community decided to promote World Space Week (EMS), to celebrate the contribution of science and technology towards better communication and well-being of humanity. The United Nations Organization (UN) has established that the SME takes place from October 4 to 10 of each year.

In general, a satellite is understood to be a small body orbiting a larger body. We usually designate as natural satellites the bodies that orbit the planets and minor bodies of the solar system and we identify as artificial satellites those instruments created by man to orbit our planet, other planets and minor bodies. Today there are an infinity of artificial satellites that can be classified by their use (communication, meteorological, navigation, military, observation and scientific) and by their orbits (low, medium and high orbit). 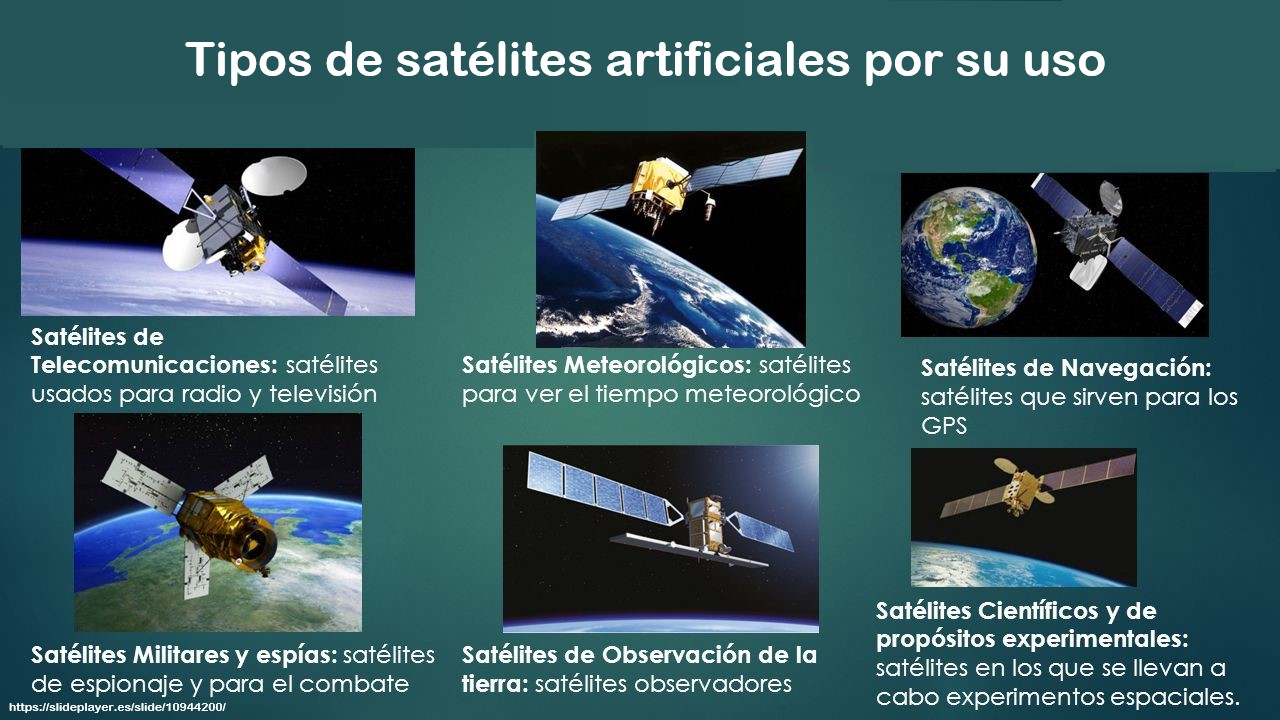 The closest of the neighbors

Legend has it that the Ethiopian kings Cassiopeia and Cepheus had a beautiful daughter whom they named Andromeda. The vanity of the queen led her to say that her daughter was much more beautiful than the goddesses of Olympus, which annoyed the goddess Era and demanded the maiden as a sacrifice to the sea monster Cetus, the kings had to accept the request or her town would be eliminated. Perseus, a demigod son of Zeus, in love with the princess, asked his father for help and he gave him a winged horse (Pegasus), so that he could fly to the island where Medusa was, a horrendous woman who loved everything. that he saw turned him to stone and that he was the only hope of rescuing Andromeda. Perseus flew to the island and using his shield as a mirror was able to obtain Medusa's head; He hurried back, because Cetus was stalking the maiden, Perseus showed him the head of Medusa and the monster turned into stone and sank into the waters, thus saving his beloved Andromeda.

Known in antiquity as the "Andromeda Nebula" credit is given for its discovery, in 1612, to Simon Marius who observed it for the first time with a telescope; later, in 1764, Charles Messier cataloged it as M31.

Today we know that the Andromeda Galaxy is a spiral galaxy, with an estimated mass of 300,000 to 400,000 million solar masses, located at a distance of around 2.5 million light years; M31, along with M32, M110, M33, the Magellanic Clouds, the Milky Way and other smaller ones, make up the Local Group of Galaxies. 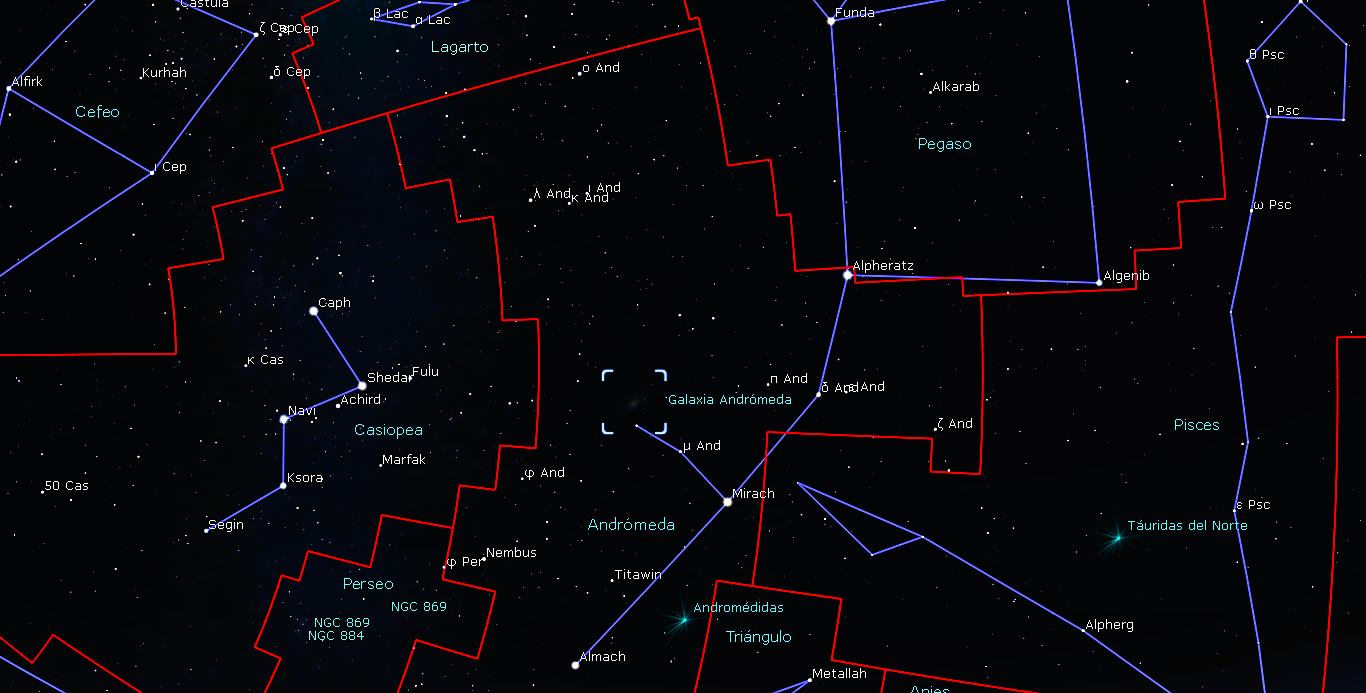 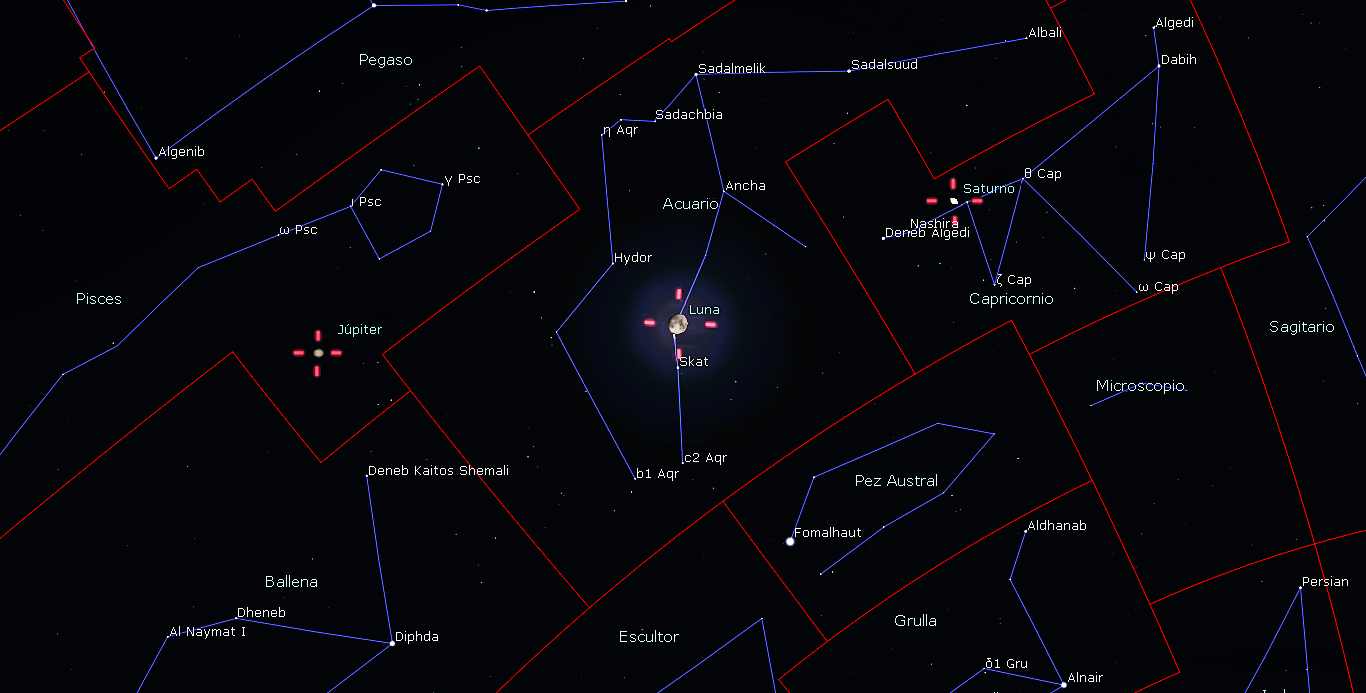 The Triangulum Galaxy, M33 or NGC 598, is a spiral galaxy located in the Triangulum constellation, which belongs to the Local Group of Galaxies. It is located almost 3 million light-years from Earth and it is believed that it could be a satellite galaxy of the Andromeda galaxy, since only a distance of 720 thousand light-years separates them. It was discovered by Giovanni Batista in 1654 and cataloged by Charles Messier in 1764. This galaxy is about 40 billion solar masses, one tenth the mass of Andromeda, in a space of 50,000 light years, half the diameter of the Milky Way. , but it is also thought that its arms, with an extraordinary rate of star formation, extend up to 60,000 light years. The Triangulum galaxy will be well placed for observation in the coming months, towards the northeast part of the celestial sphere. With an apparent magnitude of 5.7 and good sky conditions, the Triangulum galaxy will appear as a small diffuse cloud, but with binoculars or a small telescope, features of its spiral arms may be discernible. 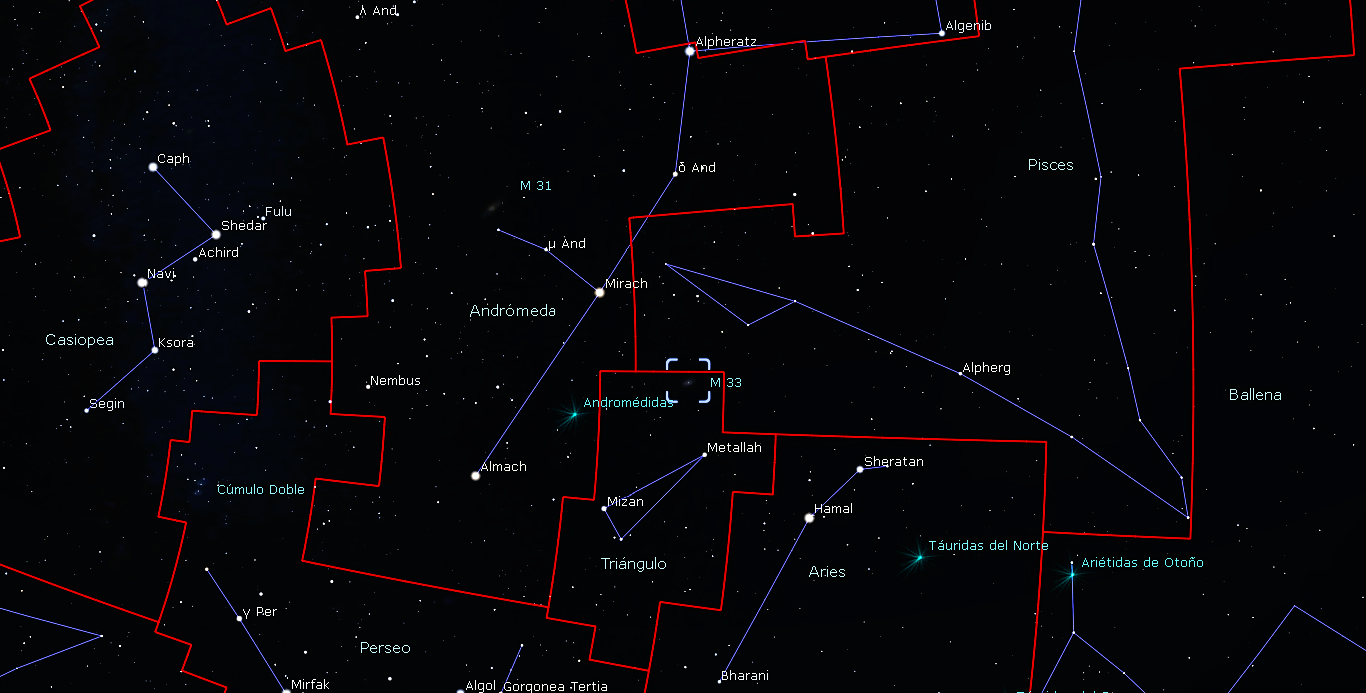 A true protagonist of the autumn and winter skies

The Orion constellation is one of the best known and most spectacular constellations in the autumn and winter skies of the Northern Hemisphere. The Orion region is rich in diversity of celestial objects such as: dark clouds, emission nebulae, star-forming regions, young stars and evolved stars, among others. On this occasion, Orion delights us with a meteor shower "the Orionids", which will be active between October 2 and November 7, with its maximum on October 21. The maximum observable rate is 15 meteors per hour. Debris left behind by Halley's Comet induces this shower and the best time will be the early hours of October 21st. We must remember that to observe this type of event it is only necessary to focus our gaze on the region, be well dressed and hydrated, good music, excellent company and clear skies. 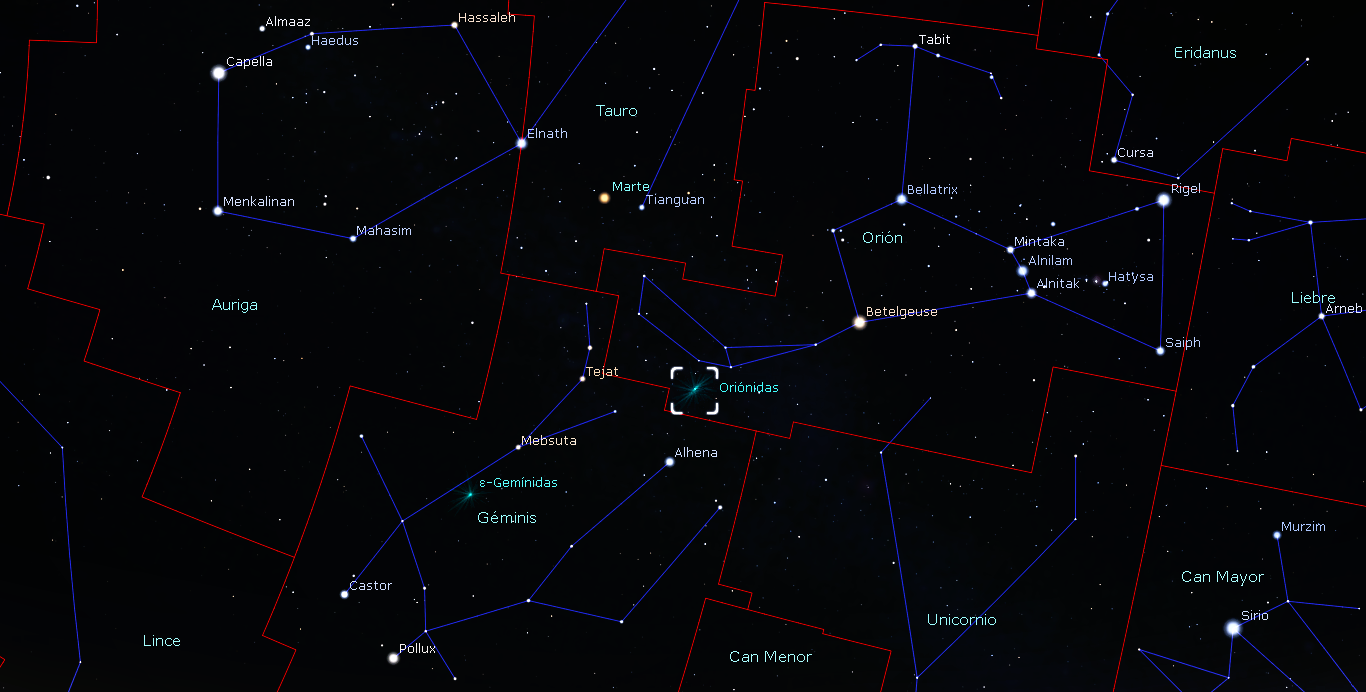 The open clusters NGC 869 and NGC 884, better known as the Double Perseus Cluster or Double h and χ Persei Cluster in the constellation Perseus, can be located with the naked eye from locations away from light pollution. In not so dark places, binoculars or a small telescope will be necessary to distinguish this unique pair of celestial jewels. The first records date from the year 130 a. C. by Hipparchus of Nicaea, but they were surely observed since ancient times. It is believed that they have a common origin, given that both are about 7,600 light years from Earth, are separated by a few hundred light years, their stars have characteristics of recent formation and their ages are also very similar, estimated at 13 million years. Likewise, the mass of NGC 869 is estimated to be about 3,700 solar masses and that NGC 884 contains about 2,800 solar masses. The clusters will be well placed for viewing in the fall and winter, towards the northeast part of the celestial sphere. 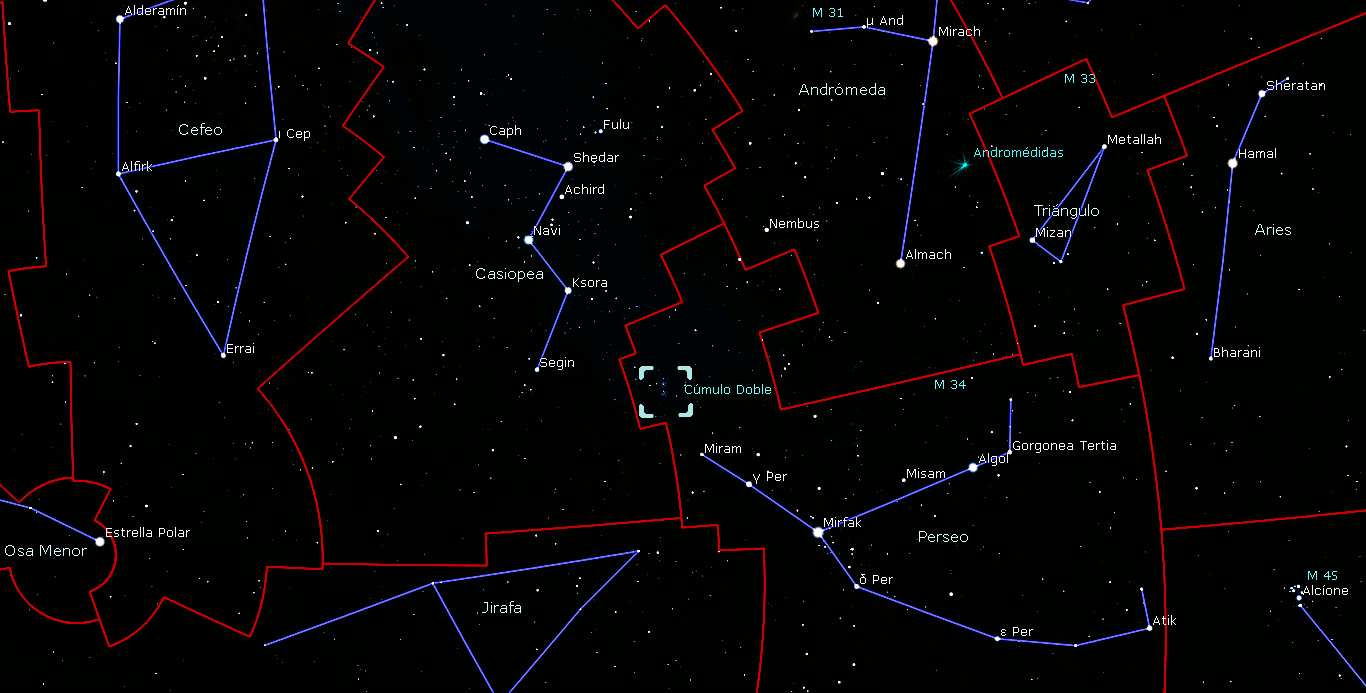