THE CONSTRUCTION OF TARSIS, THE NEXT-GENERATION INSTRUMENT FOR THE CALAR ALTO 3.5-METRE TELESCOPE, BEGINS

On October 27th and 28th, 2022, the start-up meeting of the TARSIS instrument will take place at the University of Almería. This project is co-led by the Institute of Astrophysics of Andalusia (IAA-CSIC) and the Complutense University of Madrid (UCM), with the National Institute of Astrophysics, Optics and Electronics (INAOE) as the main partner of these two institutions and has also with the participation of the Calar Alto Observatory, three Andalusian universities (Almería, Granada and Seville), the Astrobiology Center (CAB/INTA-CSIC) and the industrial partner Fractal SLNE. 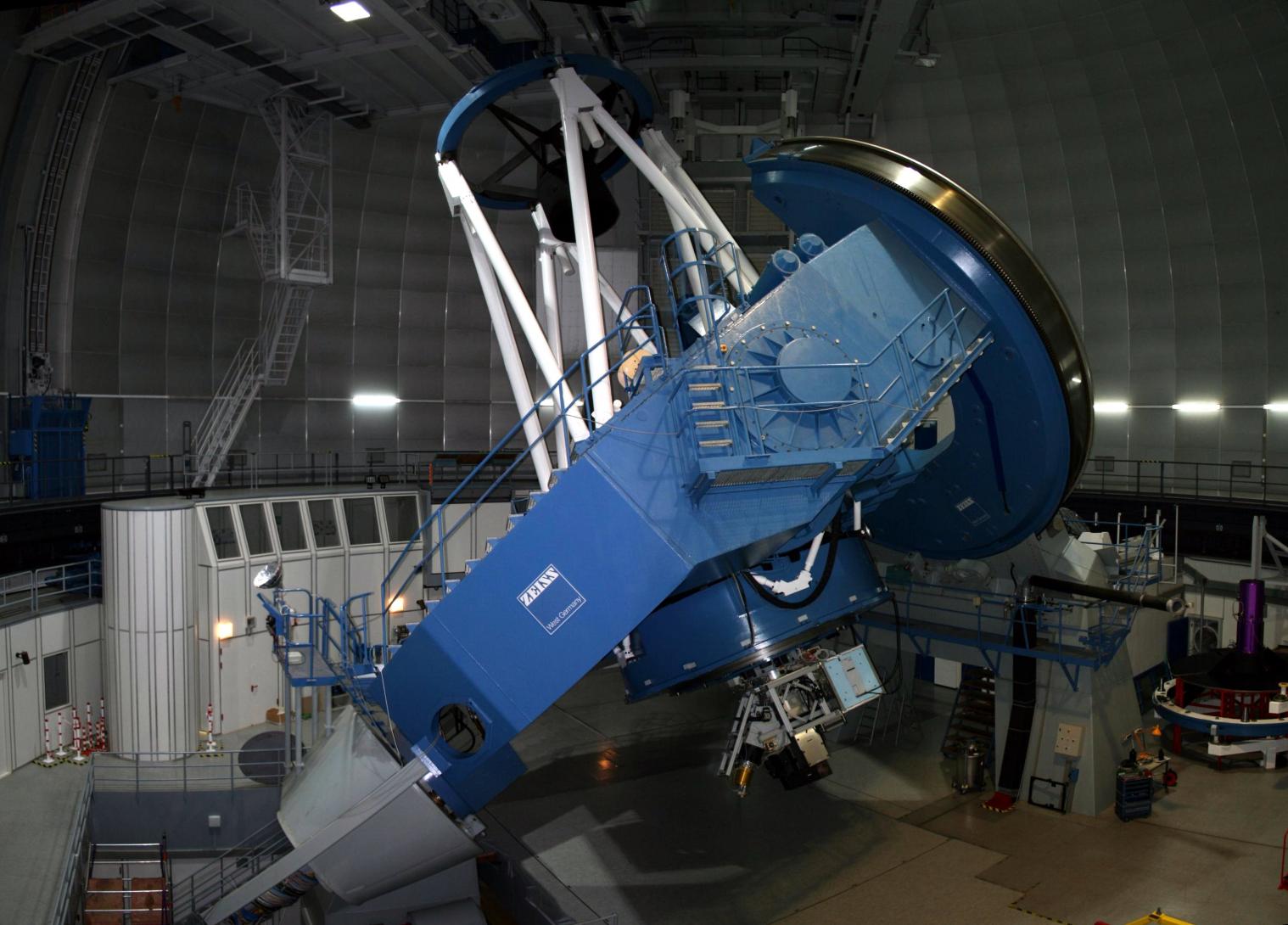 This meeting will be a meeting point for all the members of the team that will participate in the development of TARSIS, and also as a starting point for the different work packages that will make up the instrument once its development is complete. In addition, on the afternoon of the 27th, a visit to the Calar Alto Observatory is planned so that all members of the project can see first-hand where the fruit of their work will be located over the next five years.

TARSIS is the acronym of its name in English, Tetra-ARmed Super-Ifu Spectrograph, for its optical design based on four arms (three optimized in blue, one in red). The combination of a wide field of view (3x3 minutes of arc) and a high sensitivity from ultraviolet (in the range called UV-A rays) to red wavelengths will make TARSIS a unique instrument. The design of TARSIS and the exquisite transparency of Calar Alto's sky will make observations possible in the full UV-A range, a domain almost unexplored from Earth.

The first years of observations with TARSIS will be dedicated to the CATARSIS project, which aims to study a sample of 16 galaxy clusters at a time in the Universe when galaxies were 20-25% less massive but formed stars at a rate three times higher to the current one, on its way to becoming the galaxies we see today. CATARSIS observations will allow researchers to validate the standard cosmological model and understand the nature of dark matter and dark energy, as well as the relationship between the evolution of galaxies and their environment.

Dr. Esperanza Carrasco, representative of INAOE within the TARSIS consortium, believes that this project is a great opportunity to demonstrate the capabilities of INAOE in the development of frontier astronomical instrumentation. The institute is responsible for the manufacture of the lenses of the four TARSIS spectrographs, as well as the mechanical mounts and the characterization of the systems called Collimator and Camera. As it is a unique optics, the project will contribute to developing new skills. Likewise, Dr. Carrasco emphasizes that participation in the construction of the instrument offers the INAOE TARSIS scientific group the opportunity to participate in scientific exploitation.

The Calar Alto Observatory is one of the infrastructures that belong to the map of Singular Scientific and Technical Infrastructures (ICTS), approved by the Council for Scientific, Technological and Innovation Policy on November 6, 2018.