Multiple celebrations for INAOE in its 51 anniversary

Santa María Tonantzintla, Puebla, November 11, 2022. With a solemn ceremony, this Friday the National Institute of Astrophysics, Optics and Electronics (INAOE) celebrated 51 years of its foundation. 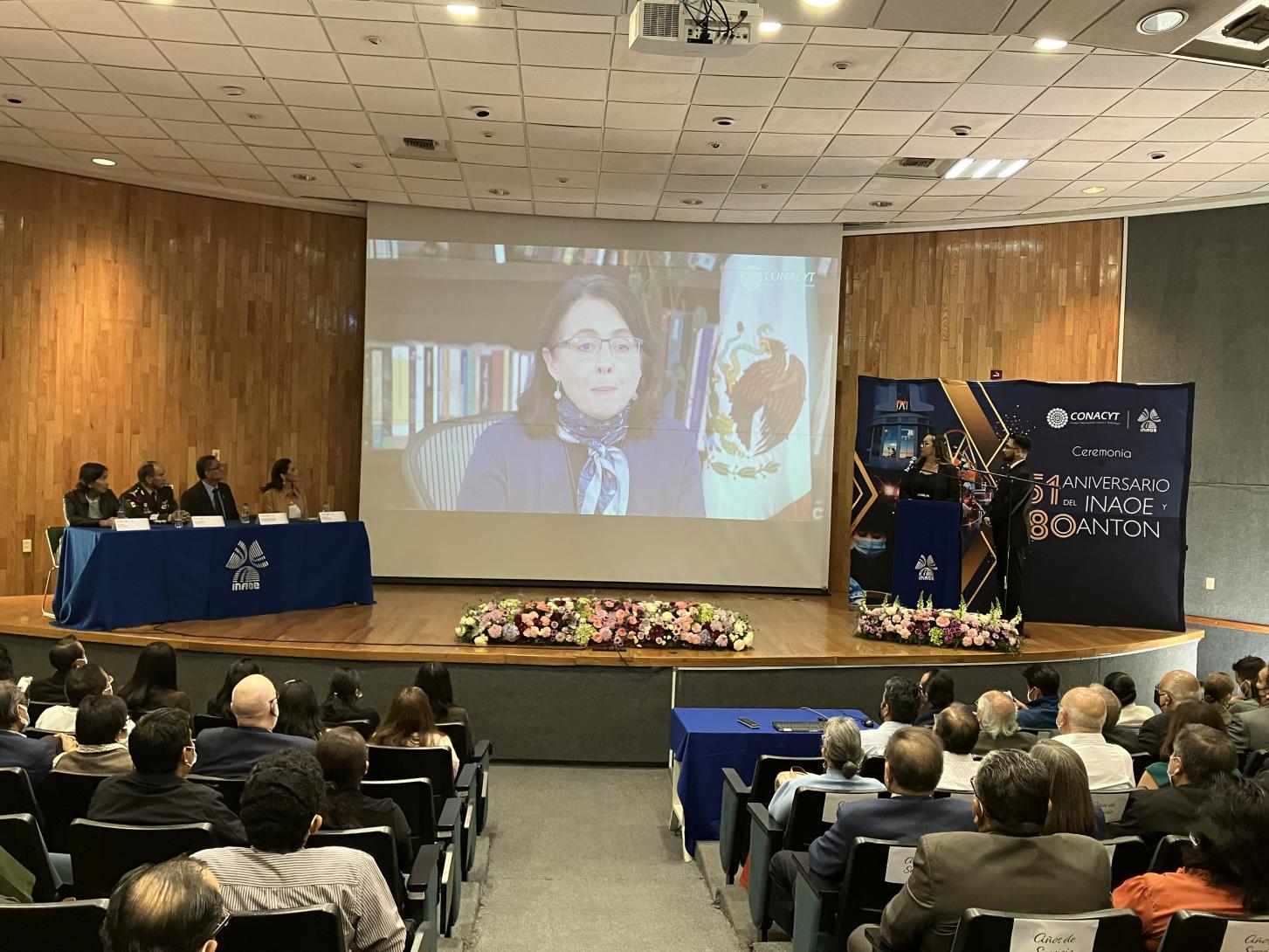 The INAOE was created by Dr. Guillermo Haro Barraza on November 12, 1971. But this 2022 is important not only because the Institute has already exceeded half a century of existence, but also because of other important commemorations: the 80th anniversary of the Tonantzintla Astrophysical Observatory (OANTON), which is its historical antecedent; the half century of postgraduate studies in Optics and the 35 years of existence of the Guillermo Haro Astrophysical Observatory (OAGH) in Cananea, Sonora.
The anniversary ceremony was chaired by Dr. Edmundo Antonio Gutiérrez Domínguez, General Director of INAOE; Brigadier General José Martín Luna de la Luz, Commander of the 25th Military Zone and who attended on behalf of General Luis Cresencio Sandoval González, Secretary of National Defense; Lic. Olivia Salomón Vivaldo, head of the Secretary of Economy of the State of Puebla, and Dr. Javier Hirose López, South-East Regional Director of the National Council of Science and Technology (Conacyt). He also attended, on behalf of Mr. Roberto Salcedo Aquino, head of the Ministry of Public Function (SFP), Mr. Rafael Ruiz Mena, General Director of Links with the Anti-Corruption and Oversight Systems of the SFP. 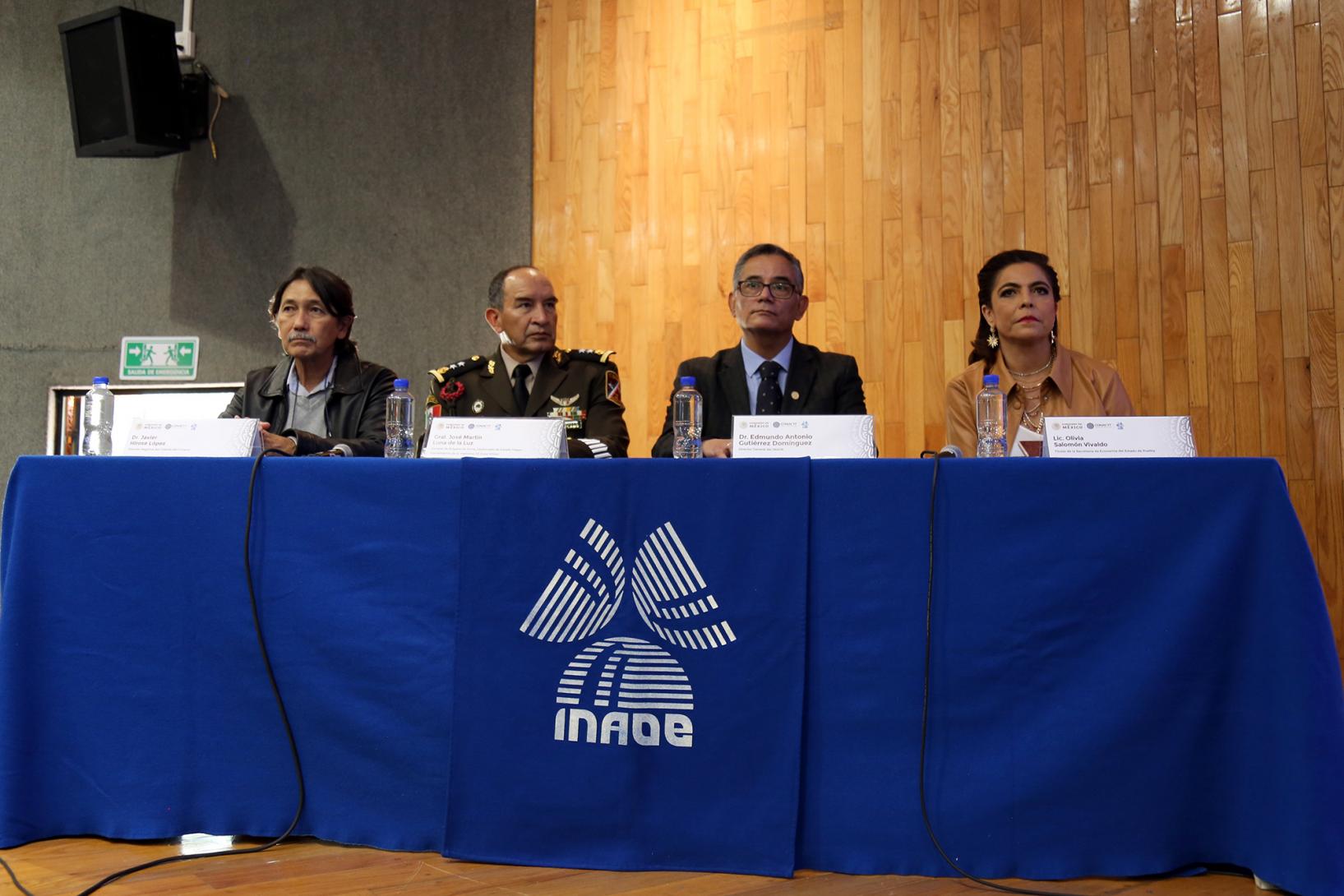 In his welcome speech, Dr. Edmundo Antonio Gutiérrez Domínguez recalled some of the most important historical figures and events of INAOE. 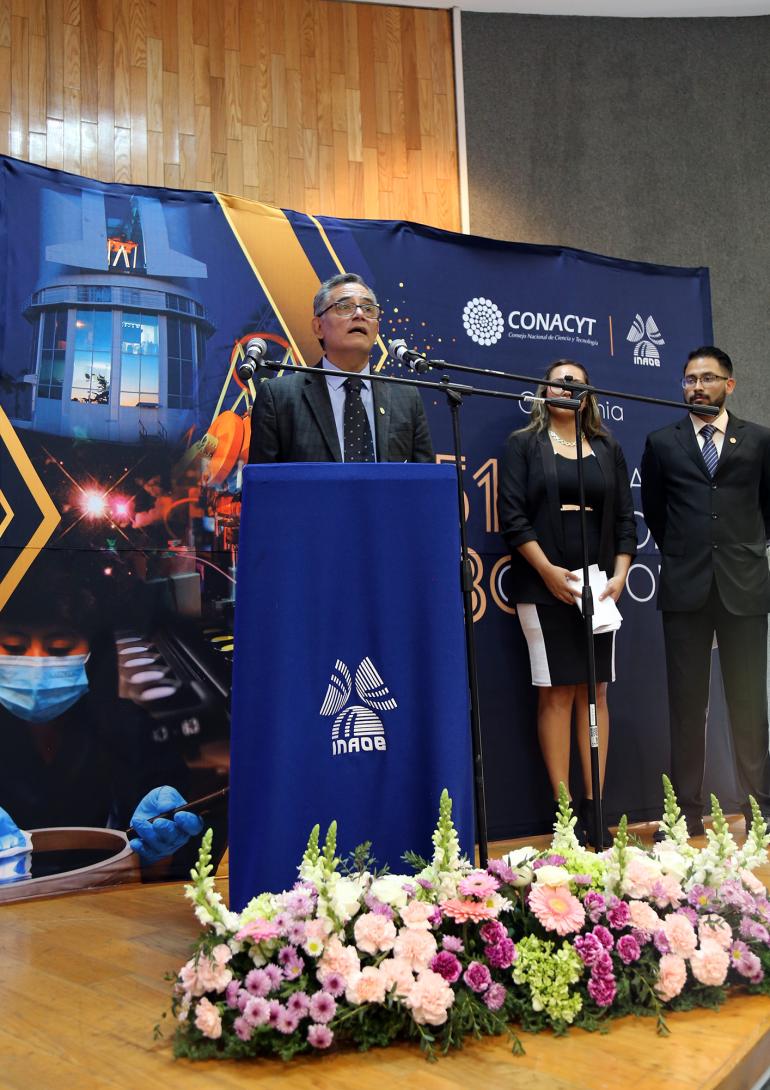 He said that the INAOE dances on the shores of the universe because astrophysics deals with scrutinizing, studying, developing theories and searching for the origin of the universe in the physics of large stellar bodies, while electronics drifts towards research and technological development of semiconductor materials and devices on the scale of a few atoms, that is, "the manipulation of matter to create some devices capable of sensing signals of a different nature from our environment." 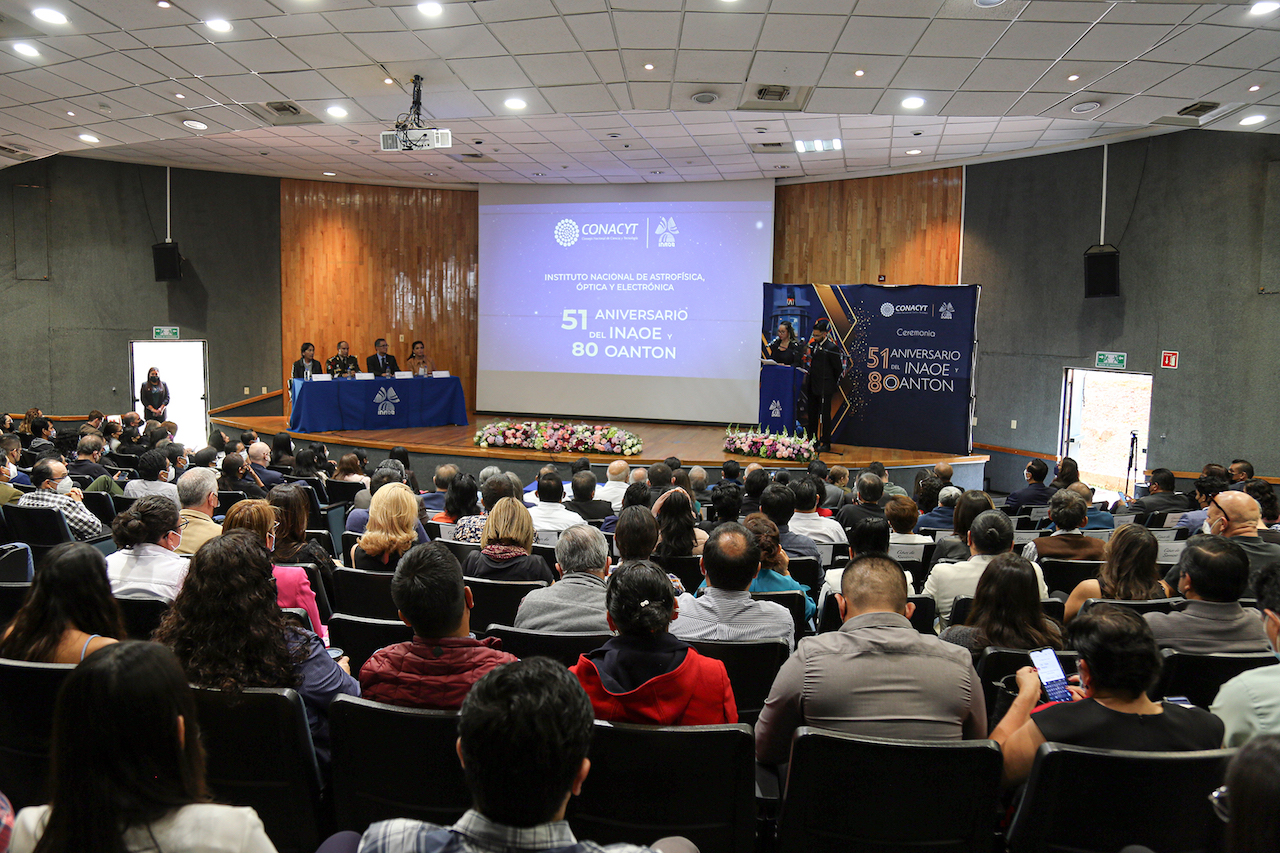 The INAOE director stressed: "We recognize that social, economic, political and environmental conditions change and that it is necessary to adapt to continue being relevant, from there our interdisciplinary activities in biomedicine and space sciences are born, our incidence in the training of teachers in teaching of the exact sciences or participation in the high-level economic dialogues between Mexico and the United States as a result of the global semiconductor crisis”. 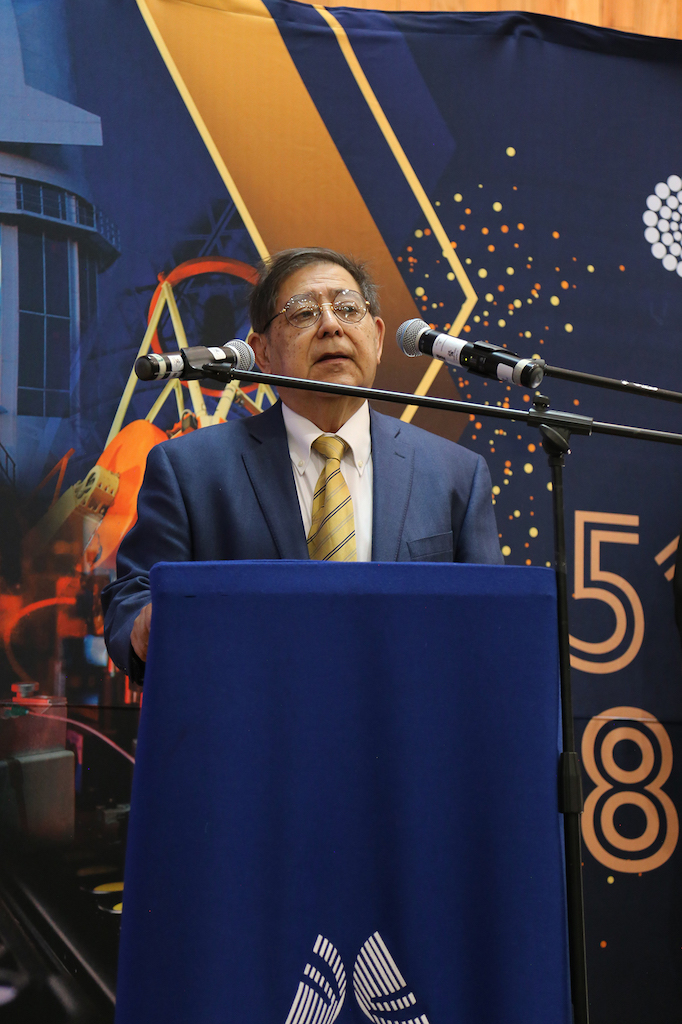 He added that after 51 years of existence, INAOE is part of the elite of Conacyt public centers. "All of this would not be possible without the collaboration of each and every one of the people who give life to our institution and for this reason today we are thanking the staff who have completed 25, 30, 35 and 40 years of service." 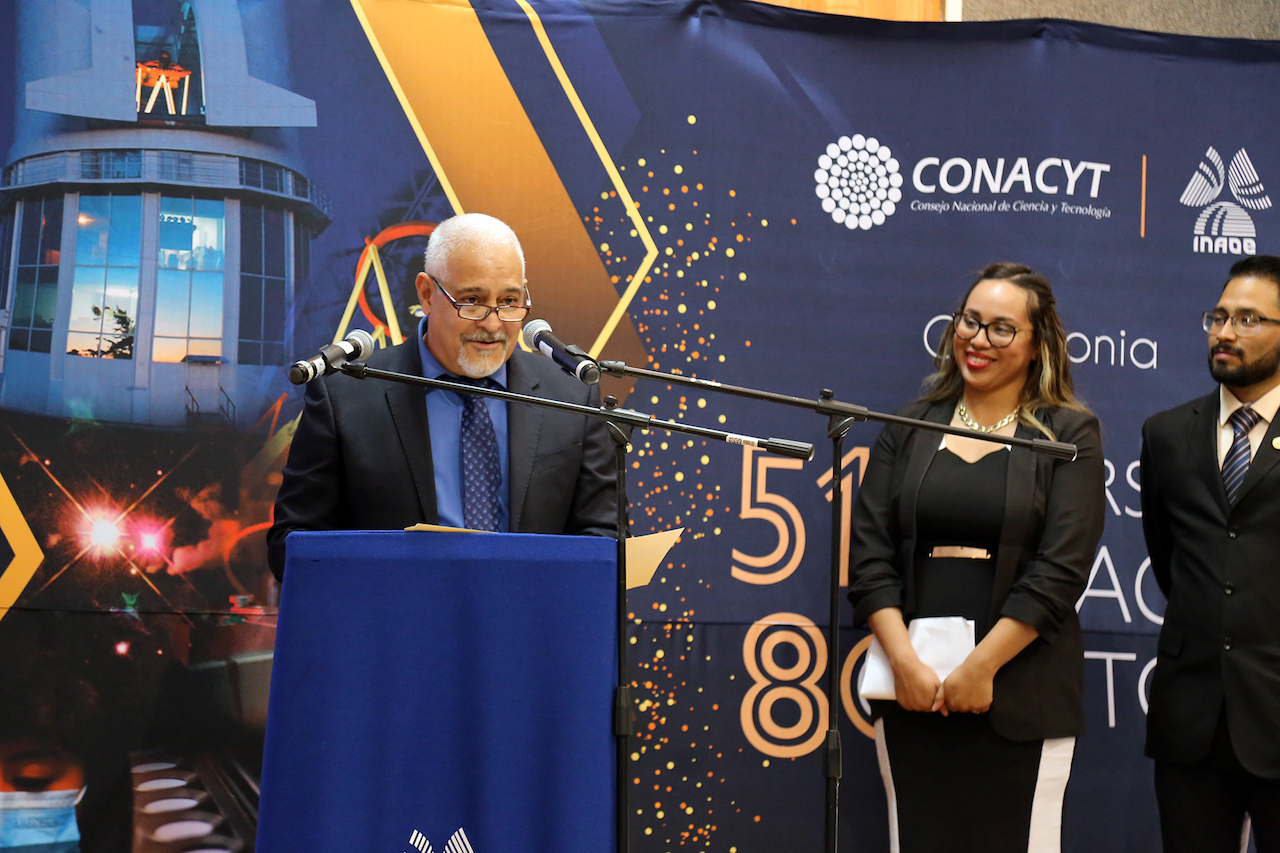 He said that the Covid-19 pandemic triggered the semiconductor crisis that has led to the paralysis of the global vehicle manufacturing industry, telecommunications equipment, cell phones, etc., and that Mexico is not exempt from this situation: "For this reason, INAOE collaborates with the federal government, with the articulation of Conacyt, for the semiconductor initiative in North America, seeking thereby to place science, technology and the training of human resources at the service of the country”. 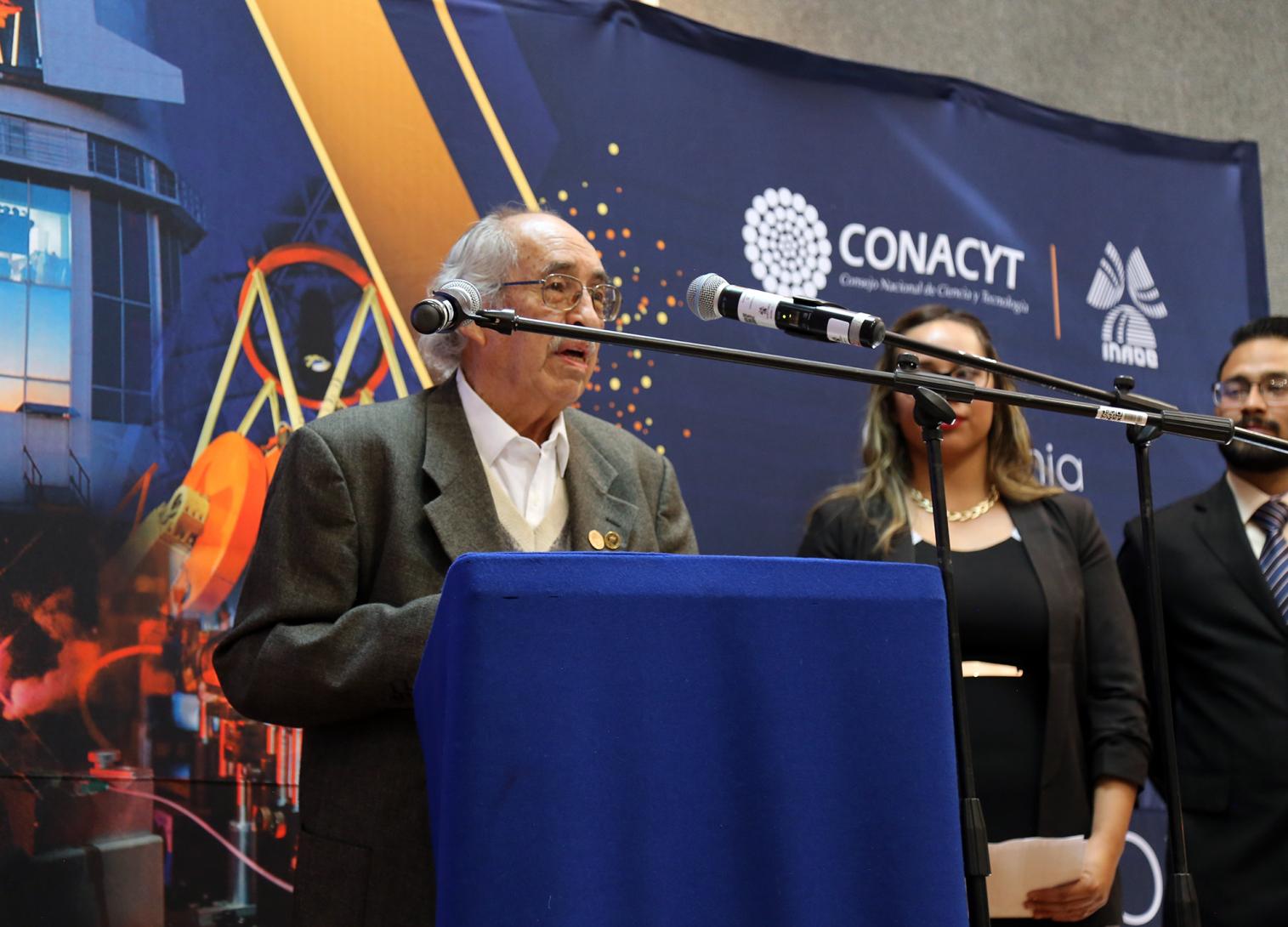 Finally, he reported on the creation of the Guillermo Haro Science Museum within the INAOE, where ancient instruments and a collection of more than two thousand archaeological pieces registered by the INAH are exhibited, which as of this week will be kept by the INAOE. 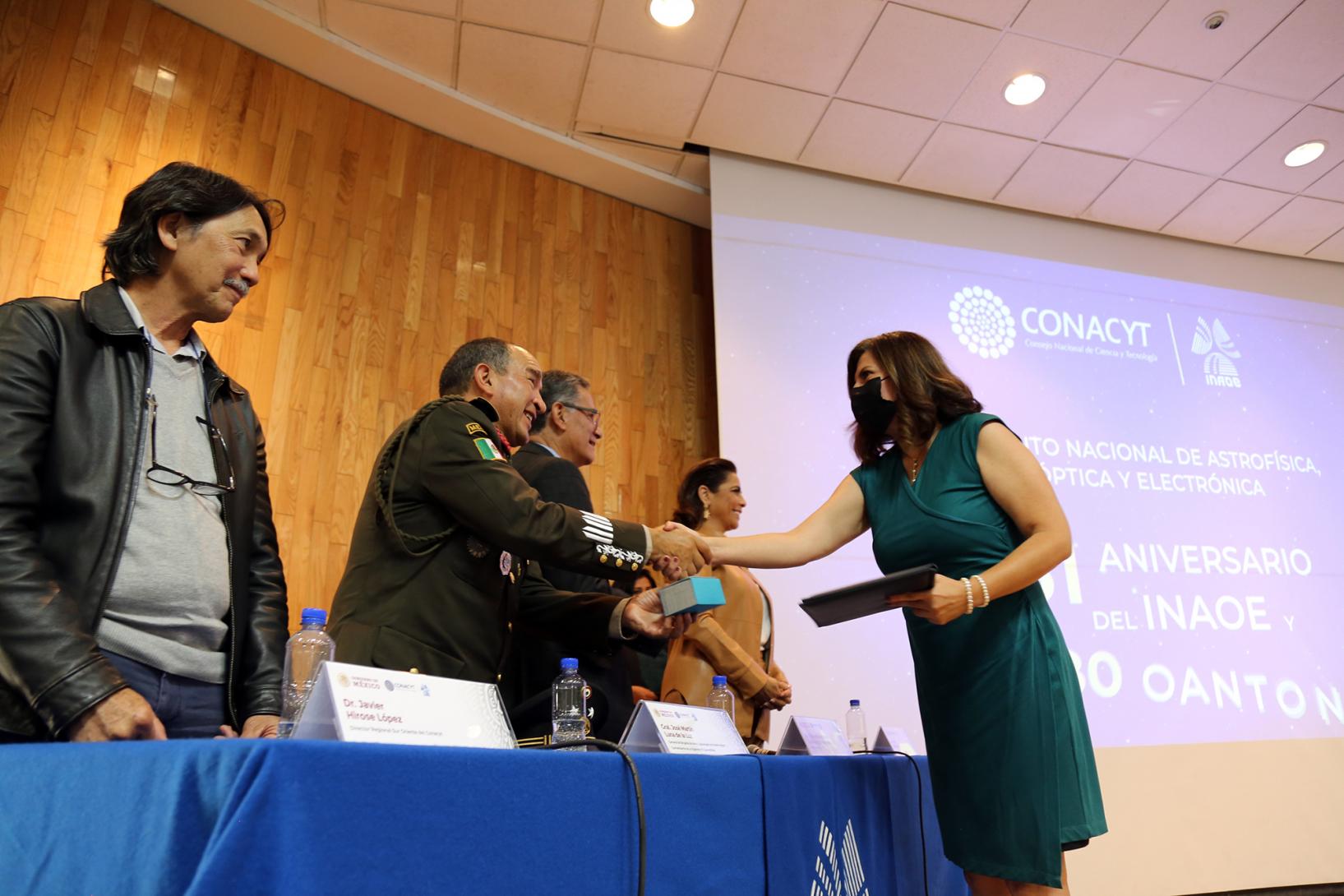 For her part, Dr. Álvarez Buylla congratulated the INAOE community and said that, more than half a century since its founding, INAOE is taking up challenges that were the cause and origin of its conception until it has materialized as one of the public centers for most outstanding research in the country and great international reference in their areas of competence. 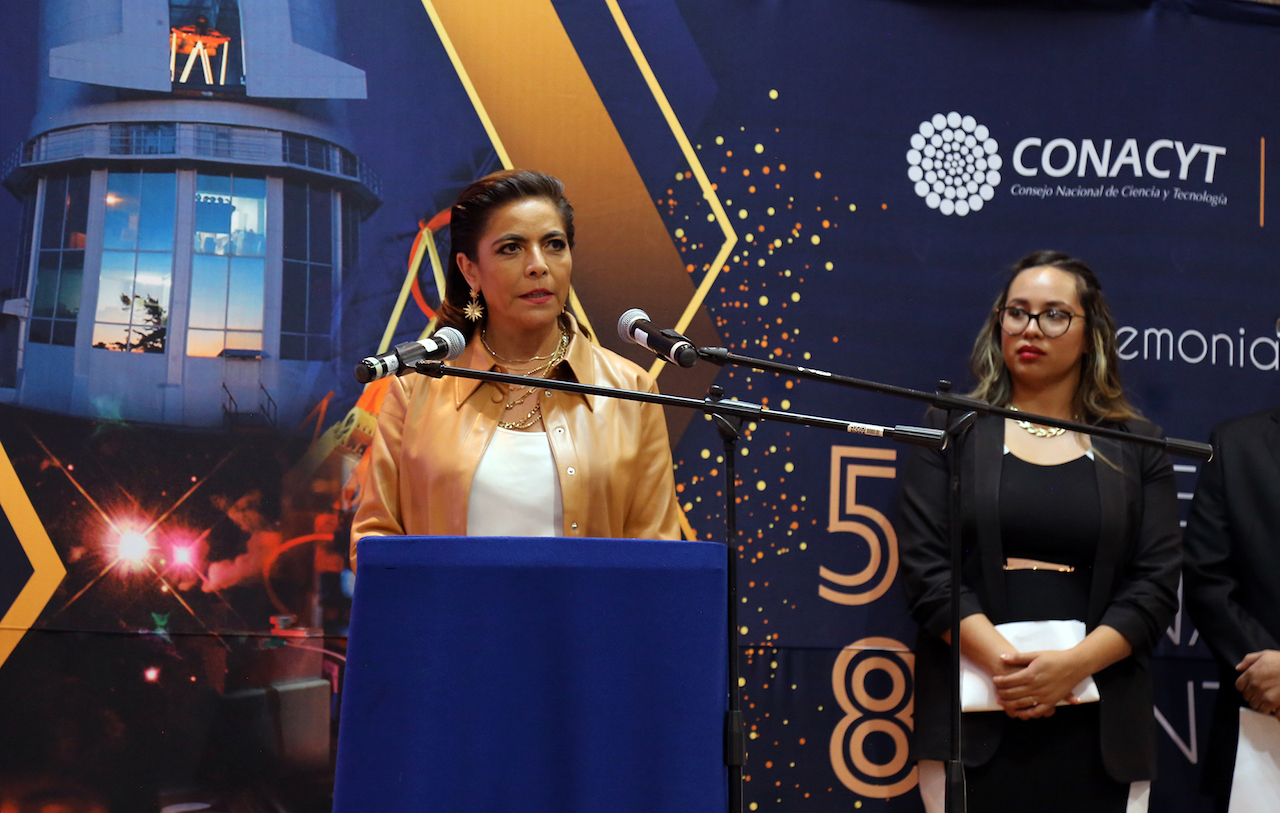 “Resuming the principles of relevance, incidence and ethics to make science a common good shared by the admired and beloved Luis Enrique Erro and Guillermo Haro is an exercise that requires tenacity so as not to diminish this impetuous desire as researchers in our convictions. to make science a discovery in favor of people's well-being”, he said. 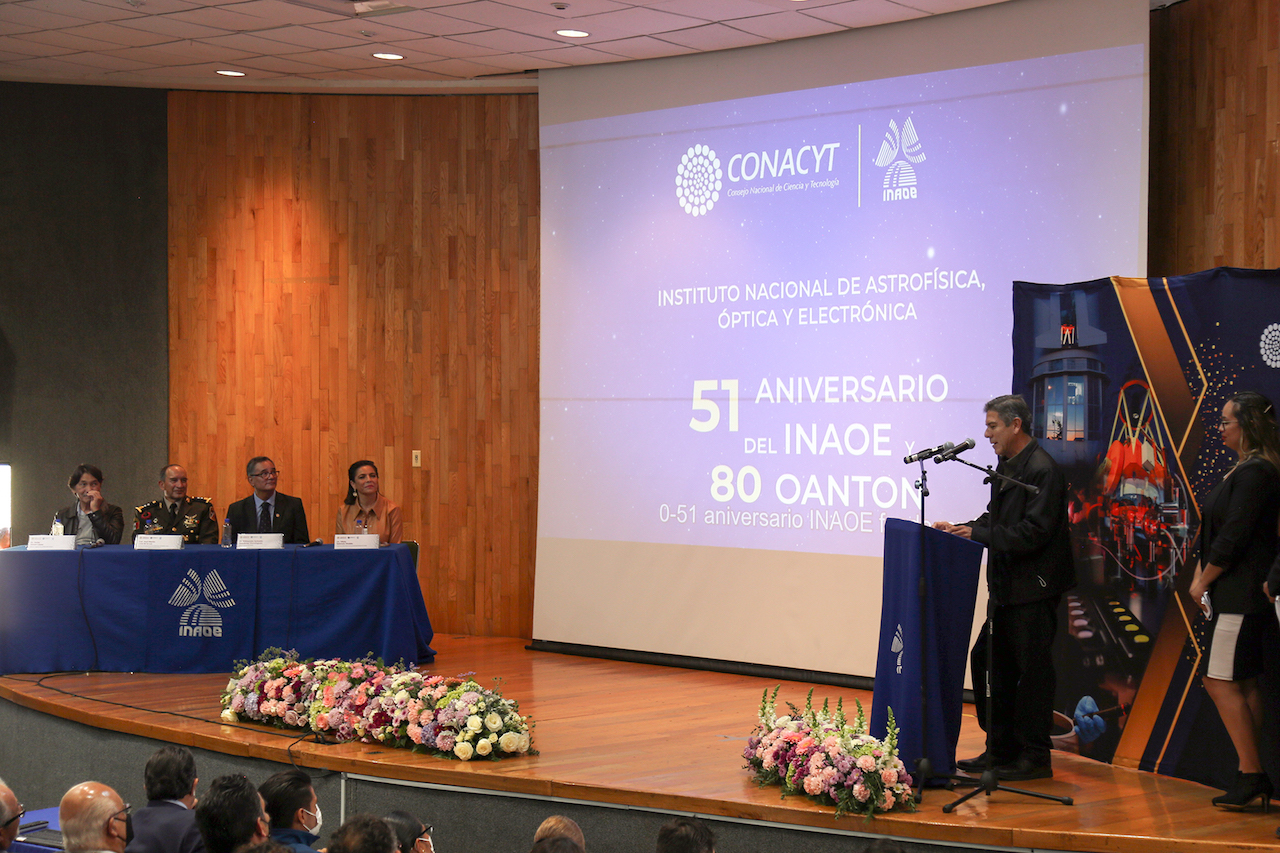 She added that there are great expectations, challenges and projects to undertake to discover new knowledge that will bring us closer to a very rigorous and innovative science that will allow us to forge technological sovereignty and industrial development, since this nation is still pending to recover the industries that were lost in neoliberalism.
At this anniversary ceremony, Dr. Luis Carrasco Bazúa, a researcher at the Astrophysics Coordination, spoke about the 80th anniversary of OANTON. In turn, Dr. Alejandro Cornejo Rodríguez, emeritus researcher at INAOE, gave a speech on the 50th anniversary of the Optics postgraduate course, while Dr. José Ramón Valdés Parra, Astrophysics Coordinator, gave a historical account on the occasion of the anniversary 35 of the OAGH.
Also speaking at the formal ceremony were Lic. Olivia Salomón Vivaldo, head of the Puebla State Ministry of Economy, and Mr. Rafael Ruiz Mena, General Director of Links with the Anti-Corruption and Oversight Systems of the SFP.
Finally, the recognitions were given to personnel with 25, 30, 35 and 40 years of service at INAOE.